Skip to content
I remember attending a Game Fair, in fact it was the last one in 2011 (rained off this year) when in the space of two days I heard people say that we British have the ‘best farmers in the world’, the ‘best foresters in the world’ and the’ best shooters in the world’ – and maybe we do, but it was noticeable that these views came from a farmer, a forester and a shooter respectively.  So it wasn’t as though these professions and pastimes were praising each other – they were quite happy to praise themselves and put themselves at the top of the tree.

I do fear it’s a little bit like that nonsense about the Premiership being the best football league in the world – it might be , with all those South Americans, Europeans and Africans playing in it, but it doesn’t lead to any UK national team doing well in World Cups or European football competitions.

It’s very difficult to decide who has the best science in the world (for that is broadly where we are going with this – although more domestic than the whole world).  What makes good science?  Well, it all depends.

I think good science is science that leads to the world being better understood or better managed for our own ends in a sustainable way – pure and applied science.  But those things are very tricky to measure for every bit of science.  It’s easy to spot the stars, probably as it is to spot the star farmers, foresters and shooters (is it?), but to rank every piece of science is very difficult.

So what follows is incomplete and imperfect, but if you have a better way to approach it then let me know or write a Guest Blog to show us all how it can be done.

Scientists tend to judge their work, partly (and partly wrongly I think) by its quantity and by the frequency with which other scientists refer to (cite) it.  So when I was a proper scientist, and believe me, I was, all those years ago, I was pleased whenever I published a paper and whenever someone else cited it.

For an organisation, or the science function of any organisation, keeping track of how many scientific papers they publish and how often they are cited is part of the assessment process.

I started thinking about this, I must be honest about this, because at that Game Fair I heard quite a few GWCT high-ups saying how good their scientists were/are.  And although I have a lot of professional respect for some of them I thought at the time they were over-egging things rather a lot.  And my impression was that the GWCT were resting on their laurels a bit, and still bathing in past scientific glories – which were indeed glorious.

You can see this wasn’t the most important thing in the world to me as it has taken over a year for me to do anything about it – but now (with a little help from a friend, and I’d like to thank her now (although she has ticked the box marked ‘anonymity’)) I can show you the analysis, such as it is , for GWCT, BTO,WWT and RSPB scientific output.

Some of this is easily understood, some needs explanation and my attempt at that comes below;

The second thing of note is that different organisations produce more scientific papers than others – this isn’t surprising as they undoubtedly have different budgets and different priorities for their spends.  Size isn’t everything, but if it were, the RSPB would come out top.  That isn’t an insignificant finding but it might be better if we could measure output/pound or output/person and that simply isn’t do-able for me (and again, probably wouldn’t be a lot closer to reality anyway).  So let’s not totally dismiss, but let’s not make too much of, the gross differences between organisations in output.

Third, there is this thing called ‘h’.  Scientists are keen on ‘h’. Now ‘h’ is quite tricky to explain in few words so I’ll give you this link and this one and this one so you can work it out for yourselves. But, the higher the ‘h’ the better – and ‘h’ is bound to decline in the shorter and shorter time periods used in the table above.

So, I suggest that the most interesting thing to do is to look at how the four individual organisations have fared in each of the three periods.  Are their numbers of publications, citations and ‘h’s holding up – or are they heading down?

RSPB science looks very vibrant in the last decade – a high proportion of its papers were published, their citation levels were high and although ‘h’ drooped (as it must) it didn’t droop very much.

BTO science looks very strong too.  Lots of papers, lots of citations and strong ‘h’s – bit more of an ‘h’ droop here though. 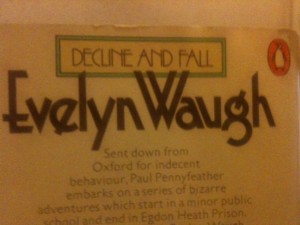 GWCT has a fine past but a far less glorious present according to these figures.  Maybe the 1990s were their heyday and they just haven’t been able to keep it up in the last decade.  Lots of droop to be seen.

WWT are interesting as they have gone through some quite tough times in the last 15 years and that rather shows in the figures.  My guess would be that their output will pick up as time goes on though.  We’ll see.

These measures aren’t perfect.  They don’t tell the whole story, and the part of the story they do tell is not told perfectly.  However, they do back up what I was thinking at the Game Fair before last.  I think that the GWCT’s greatest science was led by, and quite a bit of it was done by, Dick Potts and that things have not been the same since he left as far as GWCT science is concerned.  However much ‘our farmers are the best in the world’ type of talk comes out of GWCT there is real reason to think that their science is less well regarded in recent years by the rest of the scientific community.

GWCT would be wise not to get into a bragging match about who has the biggest with the RSPB – if you are drooping then nobody is that impressed.

43 Replies to “Whose science counts? Don’t droop your ‘h’s!”