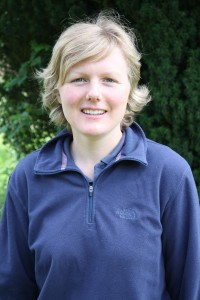 Aggie Rothon is a naturalist and mother to a five year old small person. She is also a nature writer and is currently researching a writing project on the wildlife and landscapes of the Norfolk Broads. Aggie recently won the BBC Wildlife magazine’s nature writer of the year competition. Look out for her winning article in the next edition of the magazine.

I’m pleased to see that the grown-ups are being patient with George Monbiot for, as he confessed here, George has been finding himself ‘acting like a 3 year old’ lately.  I’m the mother of a small boy so am able to spot a small boy temper tantrum a mile off and (through gritted teeth, for I have admired much of George Monbiot’s ideas and writing before) I must say that  Feral, Monbiot’s recent book on rewildling, feels like a well-educated, fifty year old man’s version of a temper tantrum.

Monbiot has of course branded himself ‘a professional trouble-maker’ so perhaps Feral is supposed to be literary trouble-making, but it is trouble-making of the most childish kind.  As any primary school teacher can tell you from watching the antics in the playground, children love to get a rise out of playmates by provoking them. Getting a rise is, I guess, what Monbiot hoped to do when he described conservationists as ‘unambitious, irrational, anally retentive and ecologically illiterate’ and by describing the work they do as producing nothing but ‘dire impoverishment and depletion’. I suppose it is also what he wanted when he described sheep farming as turning the uplands to ‘bowling greens with contours’ and sheep themselves as ‘woolly maggots’ and ‘a white plague.’ Perhaps George’s teacher should have reminded him more often that there is nothing more school-boyish than slagging off one person’s life (and livelihood) to make a quick win in your own.

Whilst a good telling-off might work in the playground, unfortunately there are no teachers to rule the playgrounds in adulthood. It is lucky for George then that his peers have been so understanding. Rather than giving Monbiot a metaphorical black eye for his diatribe against conservationists, Martin Harper wrote only that he (Harper) ‘finds big predators awe-inspiring too’ and that he admired Monbiot’s aspirations. Harper went on to quietly point out that RSPB nature reserve managers ‘do a remarkable job and our wildlife benefits as a result.’

However dissatisfied and grumpy my son can be at times (and George himself has described just how discontent he was himself to ‘continue to live as I had done…sitting and writing, looking after my daughter and my house) one thing I will never allow him to moan about is being bored. To describe oneself as bored is to my mind to describe oneself as having lost the common sense and gumption to go out and look. Unfortunately, one of the reasons that Monbiot says was key to his writing Feral was his becoming ‘ecologically bored.’ I wonder whether by taking the time to look George might find himself once more ecologically intrigued.  Instead it seems he prefers to spend his time eating maggots and slinging dead deer around his neck which, for someone campaigning to reforest vast swathes of land, seems to me to be wasting time playing cavemen. In fact it was Monbiot’s partner, when on holiday with George in Slovenia, who had to point out to Monbiot that where once there had been a barren mountainous landscape there was now dense, ecologically rich forest. Perhaps George isn’t very good at looking.

You have to look and become interested to stave off boredom George. Watch closely and perhaps you will become as intrigued as I was yesterday when walking in the Norfolk Broads. I stood and watched an abundance of Norfolk Hawkers parading in the sunshine. The dragonflies’ gilded bodies and glowing emerald eyes proof that it’s not just big that can be beautiful. These dragonflies have recently set up home in Cambridgeshire as well as Norfolk; a win for a rare species traditionally confined to one small area, and perhaps a win for conservationists too.

It is a shame that Feral and Monbiot’s ongoing argument for rewildling is written in the rather arrogant and argumentative way that it is. Looking beyond the egotism there is much in Feral that I relish. I too would like more space for nature, more forests and yes, I’d love to witness beavers and wolves gaining ground. I too am a huge believer in providing children with more opportunities to experience wildlife and the outdoors for themselves. Nevertheless I can’t believe that the best way to realise this is to provoke others, demean their way of life and demand change for the sake of boredom. To behave in this way smacks of the showboating and arrogance of the, largely masculine, banking world pre financial crisis – look at the mess that got us in.

So, here’s a call to you George Monbiot for a more balanced and less exclusive argument for rewildling. Sir Fred Goodwin of the Royal Bank of Scotland said, ‘pre-crisis we saw very alpha male environments build up and consequently a win/lose situation, which can lead to very bad outcomes. It can feel intimidating and excluding…Women can have a more open conversation, do more listening.’ I’m not asking you to become more female George, but, if you could, less of the school-boy please. 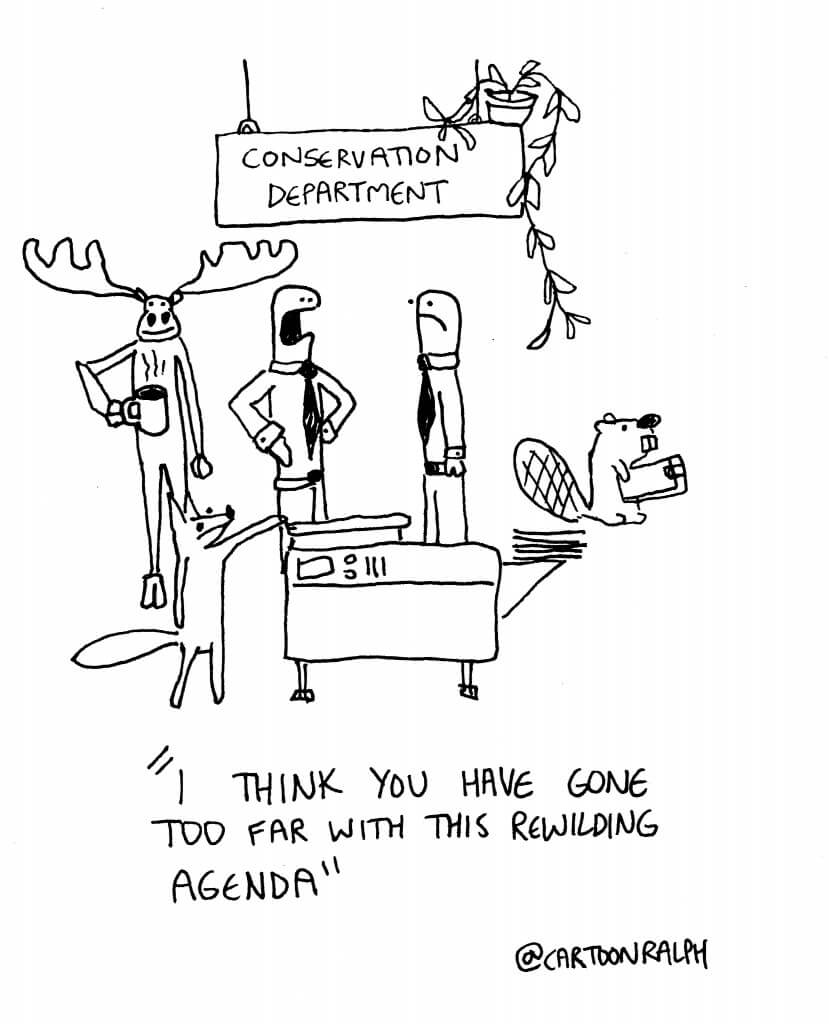