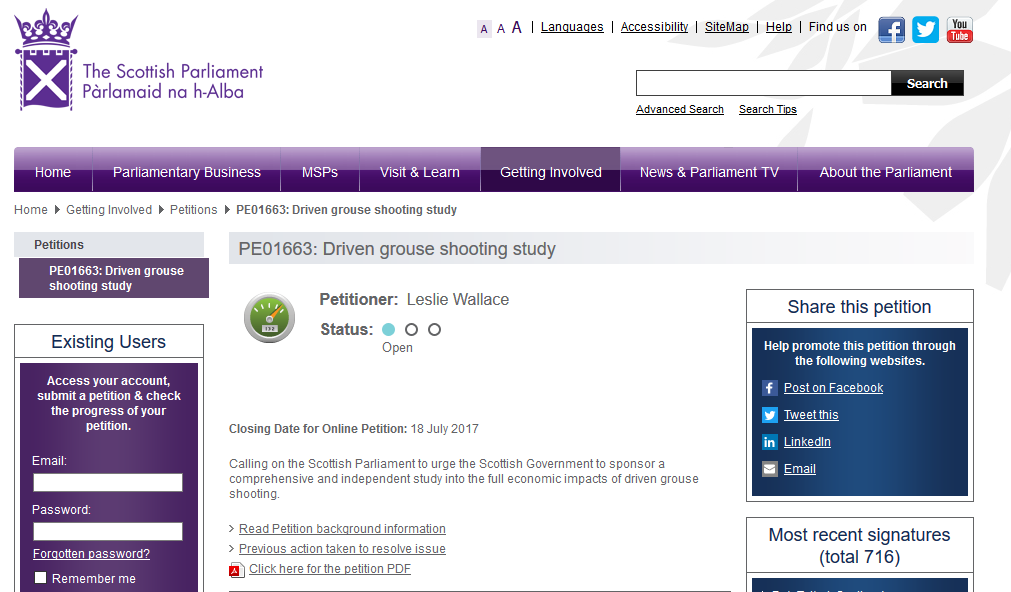 Les Wallace’s petition asking for a review of the economics of grouse shooting in Scotland closed last night with a rush of late signatures (total 1256). The Scottish government is moving in this direction already and so this petition was pushing against an open door but it will have reinforced the need for independent information on this subject.

Why hasn’t Defra set up something similar? Is it because they really don’t care? 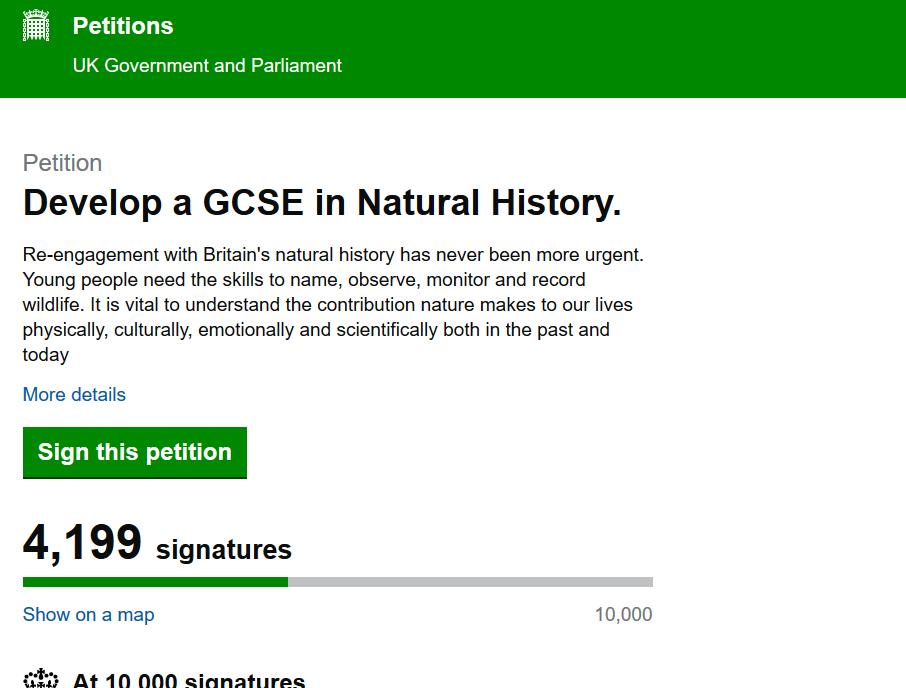 Mary Colwell’s petition to the Westminster parliament, curtailed by the general election but still reaching 10,718 signatures, has received a government response. Although it isn’t the response that Mary would have wanted, it is a far better argued response from the Department for Education than any I have seen from Defra (although, having said that, the bar was set incredibly low).