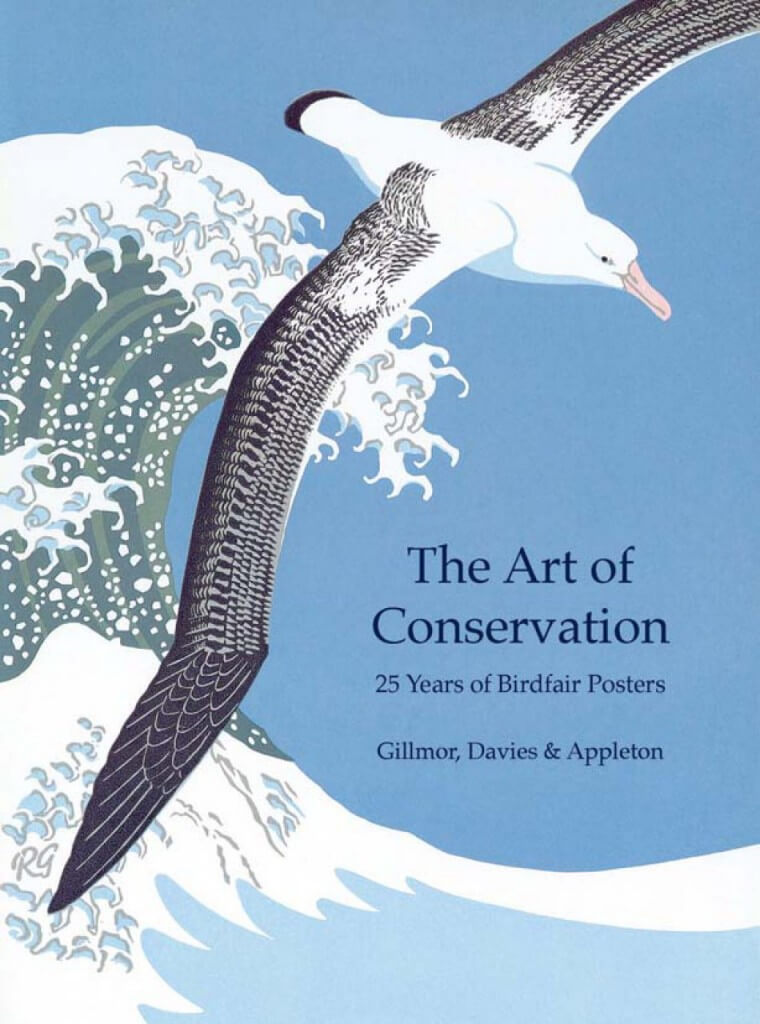 This is an attractive book which tells some of the story of the 25 years of Bird Fairs at Rutland Water.  The story is told through the artwork of the posters of the different fairs.

The first Bird Fair was in 1989 and raised £3000 for the ICBP ‘Stop the Massacre campaign (let us note in passing that the massacre has not yet stopped in Mediterranean countries (nor, yet, in the uplands of Britain)).

Money raised by the Bird Fair peaked in 2008 at £265,000 and then fell each year until it reached £200,000 in 2012 before jumping to last year’s record-breaking £270,000.  This represents an impressive fund-raising effort for international nature conservation.

Robert Gillmor’s posters bring back many memories and are a pleasure to revisit.  Do you remember posters of Corncrakes, Guerney’s Pitta, Wallace’s Standardwing and Red-breasted Goose?

The posters disclose several changes: some of the logos have altered, some of the personalities mentioned are no longer with us (Chris Mead, Eric Simms), the internet address first appeared on the 2003 poster, it cost £5 to get in in 1991, the list of sponsors has changed and grown, ICBP turned into Birdlife International between the 1992 and 1993 Bird Fairs and the first event was in early October and then changed to early September before settling down to the 2nd half of August.  What hasn’t changed is that the Bird Fair is a great opportunity to meet fellow wildlife enthusiasts. See you there in August?

The Art of Conservation: 25 years of Birdfair posters, by Robert Gillmor, Martin Davies and Tim Appleton is published by Red Hare Publishing Ltd but seems a bit tricky to track down on the web.