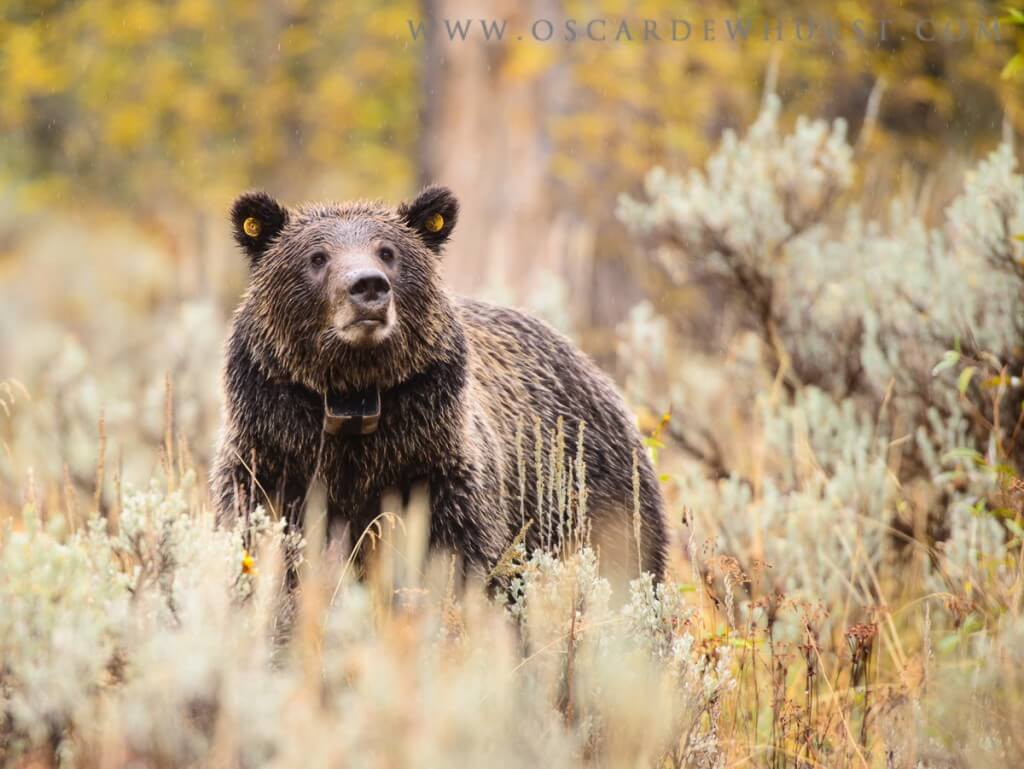 Oscar writes: This is the mother grizzly bear that I mentioned in my last photo (grizzly bear 610 for those interested!). Having realised that we weren’t going to see them from the dirt road we’d taken we moved on down the road. It soon became apparent that we hadn’t seen the last of them though, shown by the car jam on the road and people rushing out of their vehicles with cameras and binoculars! We were slightly too late to see them, but got back in the car and took a left turn to go in their direction. After a few minutes of cruising slowly up and down the road we spotted them in the sage brush, just by the road!
Nikon D800, Nikon 600mm f/4 AF-S II lens
Likes