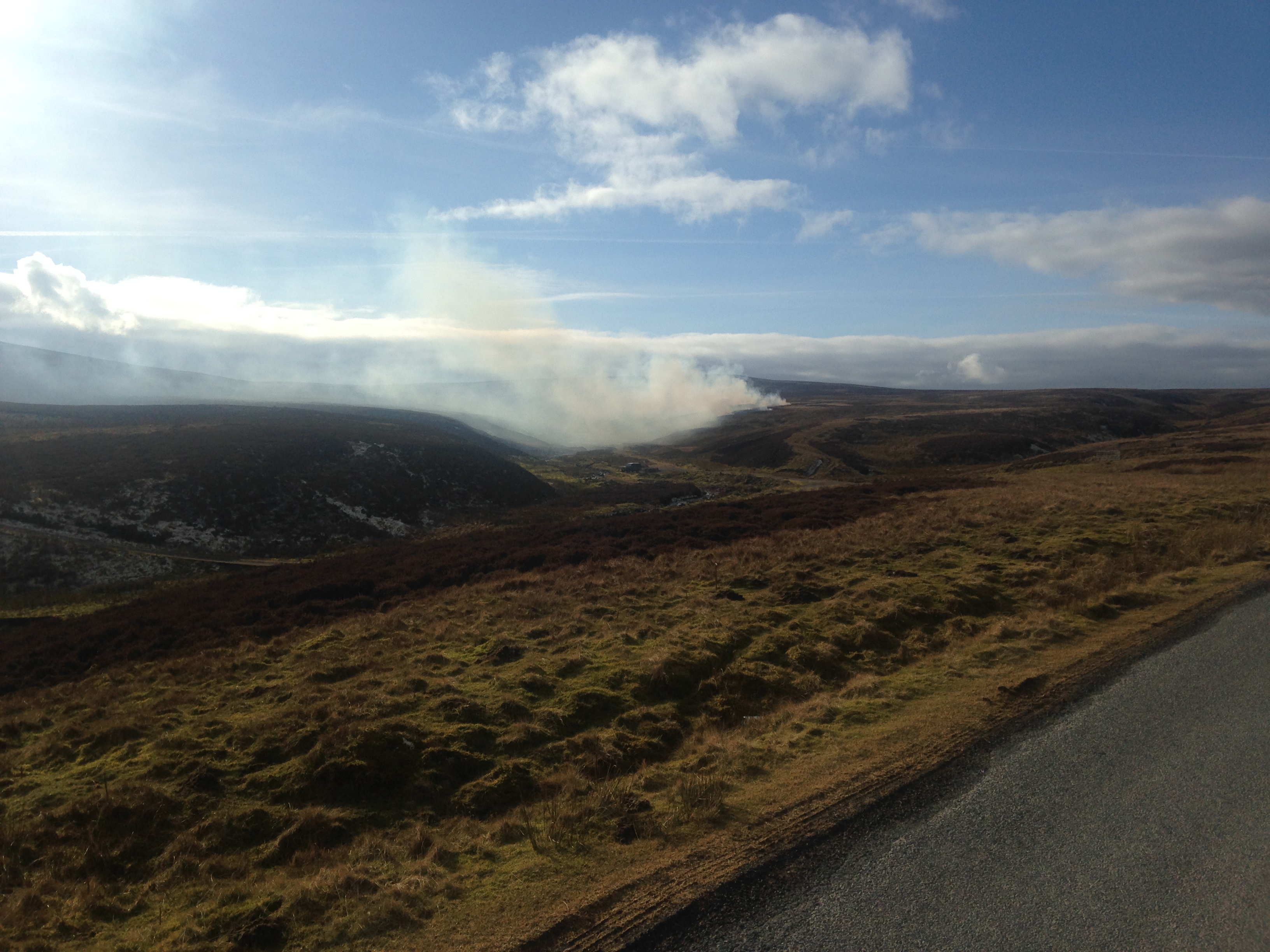 I’m pretty sure I am the type of person you think you are appealing to – interested in nature and the countryside – but I rarely watch you because you have such a blatant agenda of trying to paint a small subset of those of us who live in the countryside as hard-working, suffering, brave and splendid people whom we should all want to clasp to our bosoms and to whom we should continue to hand our taxes.  You appear to be the media arm of the Country Land and Business Association.

So I tend to watch bits of your programme on iPlayer – and usually when someone else has gone bonkers about them on social media – and that was how I came to watch your piece on last night’s Countryfile about burning heather moorland. Now there is nothing wrong with showing Ellie Harrison and a bunch of hunky firefighters on a Sunday evening but quite how you managed to show such a long piece without mentioning grouse shooting is completely beyond me.  Do you think that you were really educating or informing the public by this omission?  You do know (and this is a trick question), that the primary reason for burning heather in the British uplands is to produce ridiculously high densities of a gamebird for people to shoot for fun? It’s only a trick question because if you say ‘no’ then you look a bit dim, and if you say ‘yes’ you are left having to answer the question of why you failed to mention it?

You do know, don’t you (Guess what? Another trick question of just the same type) that moorland burning is quite a contentious issue? And you described the piece as ‘Ellie discovers the best way to manage moorland‘ and your website has a similar statement ‘Ellie Harrison is on the moors learning that the best ways (sic) to conserve vital moorland is (sic) to burn it“.  Would you say that these are entirely neutral statements?

You do know, don’t you (You’ll be getting the hang of this now, perhaps) that the Committee on Climate Change wrote last year ‘‘The damaging practice of burning peat to increase grouse yields continues, including on internationally protected sites ‘.

You do know, don’t you (don’t you?) that the Leeds University EMBER study found a whole bunch of damaging impacts of heather burning on water catchments including discolouration, increased flashiness and lowered biodiversity?

But I enjoyed Andrew Miller from Northumberland National Park apparently saying that trees were for the lowlands and weren’t wanted up in the hills of our National Parks – really? I guess it depends who is planting the trees, doesn’t it?

He also seemed to think that if men in tweed (so sorry, firefighters in high-vis jackets) stopped burning the heather then 20% of British spiders would disappear. Now, I’m only an ecologist by training so what would I know, but I’m guessing that they wouldn’t. I’m relying on ecological intuition here, but if they coped for several thousand years before men in tweed or high-vis jackets burned the heather then I am guessing that they would cope after too.  And I’ve tried to track down that 20% figure and it seems very elusive but I’ll keep trying (you weren’t including lowland heathland in that figure were you Andrew?).

All in all it wasn’t a very bad piece – just a rather peculiar one when the real world, outside Sunday evening TV, is discussing the role of heather burning in floods, greenhouse gas emissions, increased water bills, increased flood costs to us all, lowered aquatic biodiversity and the role of grouse shooting, for which most heather burning is done, in those issues and in wiping out protected wildlife from very large areas of the British uplands.

So I won’t be tuning in again until the next time that someone gets het up about your cloying take on our countryside.  I’d be interested to learn where the BBC does discuss the real issues, or is the countryside just a theme park funded by the taxpayer and enjoyed by landowners , and filmed by the BBC?