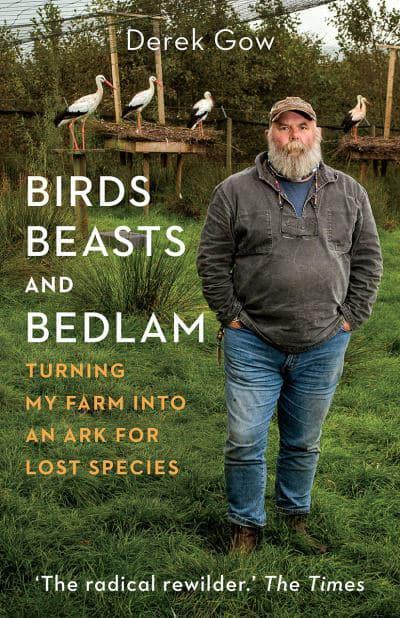 A very enjoyable read – Derek Gow has good stories galore and not only are they good stories, but he tells them very well.  We learn quite a lot about Derek’s past, including his early jobs – an interesting mixture.

But much of this book is about keeping animals in captivity, often for conservation purposes, and there are some fascinating tales.

The somewhat controversial (re)introduction of White Storks to southern England, focussed on Knepp, is discussed in quite some detail and that forms a very interesting chapter.  Some of the other species discussed are Water Voles, Wildcats and Tree Frogs and the emphasis is on the role of species reintroductions as parts of rewilding projects.

The middle paragraph on page 177 is well worth reading several times; it ends with a long quote from the great Aldo Leopold but has some wise words from Derek at its beginning. Wolves are involved.

The cover?  That’s certainly Derek Gow with some White Storks. Not bad but only a 6/10 from me.

Birds, Beasts and Bedlam: turning my farm into an ark for lost species by Derek Gow is published by Chelsea Green.

And also these guest blogs by Derek – click here