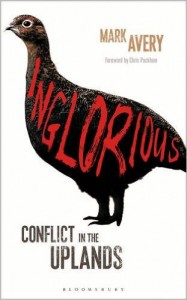 It’s always nice to be noticed and praised – and that’s what book of the year lists do – see mine here.

So, it was obviously very pleasing to see Inglorious listed in two book-of-the-year lists yesterday – the Guardian and The Times.  In both cases Inglorious was nestling in with lots of good reads and with some very good books.

It’s not that easy to write a book arguing for environmental change that people will find interesting, important and fun to read, so to the extent that these lists give some endorsement to that endeavour, as the author, I have to feel a warm glow.

In the Guardian, Stephen Moss wrote: ‘…a powerful indictment of the grouse-shooting industry and its illegal shooting and propaganda war against the hen harrier‘ and (of Inglorious, The Moth Snowstorm and What Nature Does for Britain) ‘All three authors ask serious questions of our hopelessly myopic politicians, and suggest practical measures that would make the world a much better place‘.

Perhaps more surprisingly, because it is The Times (which does not necessarily adhere very closely to any of my views) Melissa Harrison wrote as follows: ‘No other book this year put the cat among the pigeons (or rather, the game birds) like Mark Avery’s urgent, impassioned investigation of driven grouse shooting and its impact on moorland ecology — including on hen harriers, now all but extinct in England.‘.