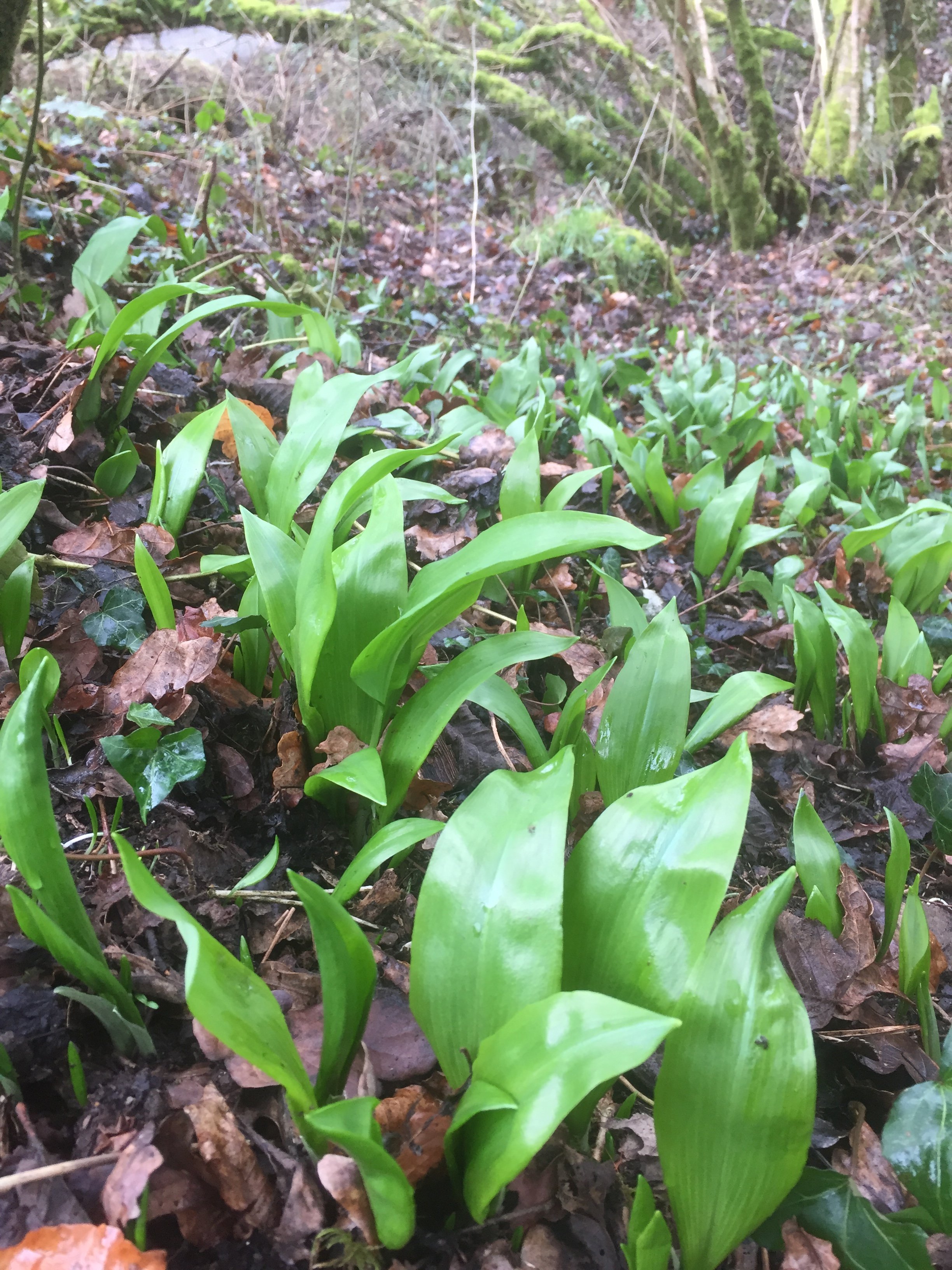 Wild Garlic, or Ramsons as it is sometimes called, is one of the most eagerly awaited plants of the spring for its aesthetic appeal and for its flavour. By late April it carpets the floor of ancient woodland where conditions are right, a haze of white flowers among the long-established green leaves. It is often found in the same place as Bluebells, and the flowers usually peak at about the same time, producing a dazzling display.

All parts of the plant are edible though it is usually the leaves that are eaten. They are at their best when newly emerged and tender in the early spring. The fresh leaves in the image were covered with snow just a few days previously and the remnants of deep snow drifts on the narrow country lanes made it tricky to reach the wood.

The strong garlic smell is most apparent when the leaves are crushed. This is a handy for confirming the identification as some superficially similar spring plants contain unpleasant toxins for self-defence; they are emerging at a time of year when any fresh growth is highly appealing to herbivores worn down by the rigours of winter.

The way the scent of garlic is released on crushing suggests that this too is a plant defence, deployed to its fullest extent when under attack. It seems to be very successful judging by the dominance of the plant in favoured locations. It works well in deterring some humans too, though for those who do enjoy eating it, it is beneficial rather than harmful, acting as an antioxidant and apparently helping to reduce cholesterol levels. It is also reputed to lower blood pressure, as does the gentle stroll through the woods to find it.

The taste is less overpowering than garlic cloves from the supermarket and goes especially well with tomato and cheese. Try a few leaves in a sandwich and you might find yourself adopting an annual ritual in the first few days of March, scouring your local woods for the first new leaves of the year.