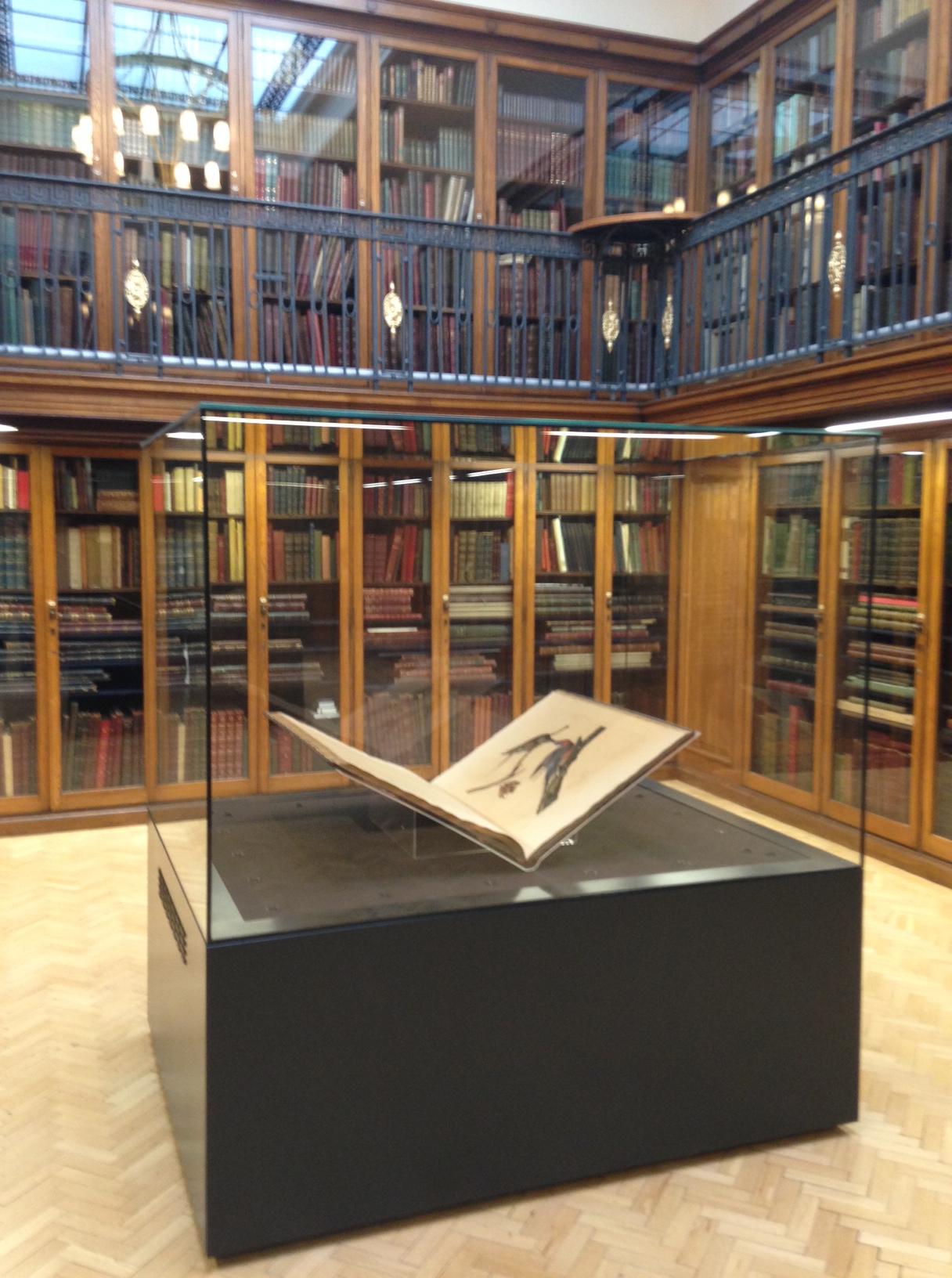 I spent a few days in Liverpool last week where I added Oystercatcher to my Aintree bird list and several hundred pounds to my bank balance.  I spent some great time with some close friends and it was kind of them to set it up as a birthday treat for me.

But I also took the opportunity to pop back into Liverpool Central Library’s Oak Room to see one of the most valuable books in the world, and to see on which page it was open.

The last time I was in that room was, I remember it well (and see A Message from Martha pages 282-84), Sunday 1 September 2013 which was the 99th anniversary of the very day (and to the very hour if we ignore the time difference between Liverpool and Cincinnati, Ohio) of the extinction of the Passenger Pigeon.  That day the library had been kind enough to open the double-elephant folio pages of Audubon’s Birds of America to plate 62, the Passenger Pigeon page.

Last Wednesday the book was open at this page… 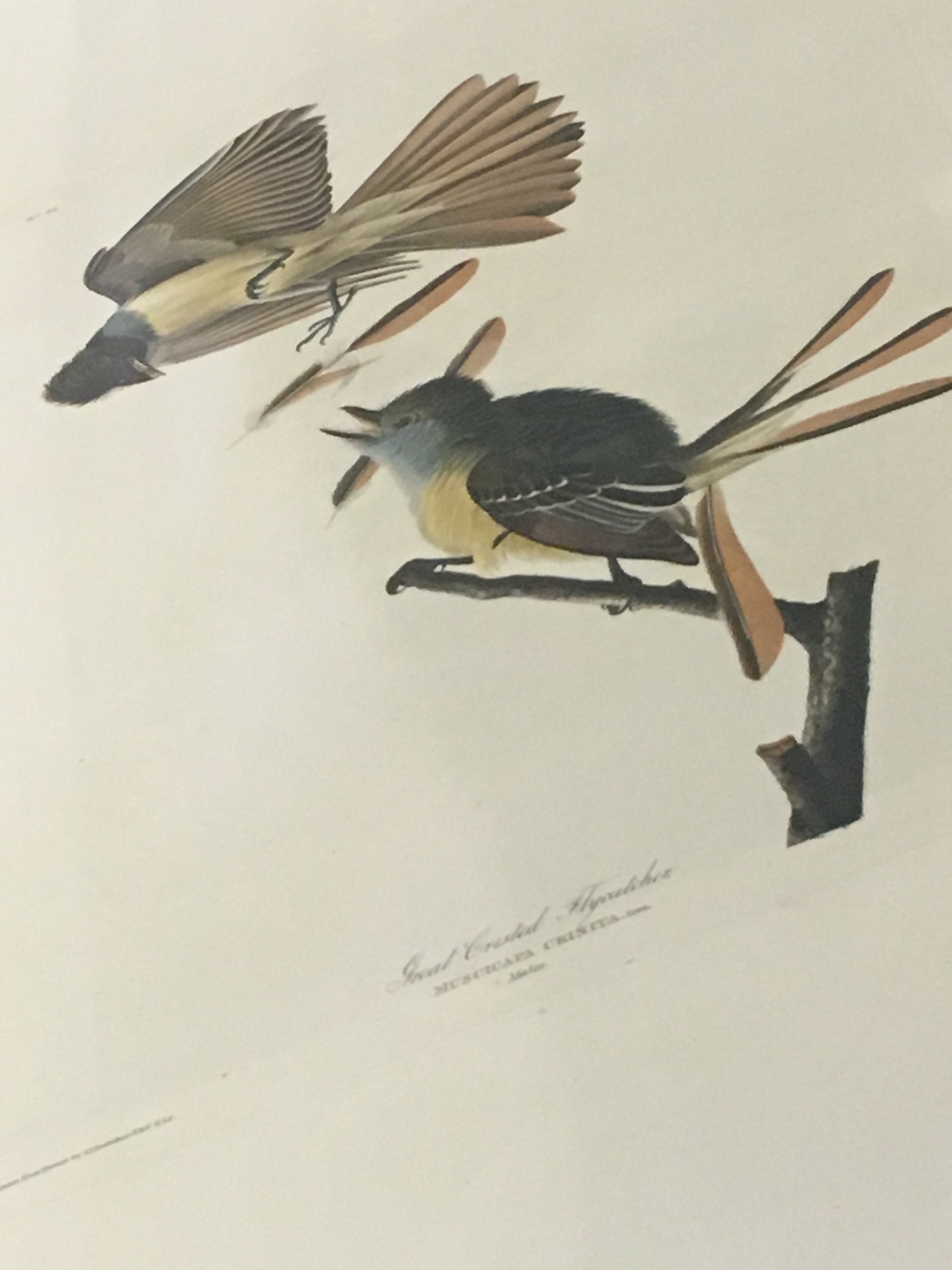 …that of the Great Crested Flycatcher, a species I have seen in Washington DC but also further west to the Missouri River.  It’s a striking bird and in John James Audubon’s portrait he showes one male having attacked another and relieved him of some of his tail feathers which he seems to be dropping rather provocatively in front of his eyes.  I’ve never seen that!

If you are in Liverpool do go and visit the Oak Room in the Central Library – it’s less than 10 minutes walk from Lime Street station.