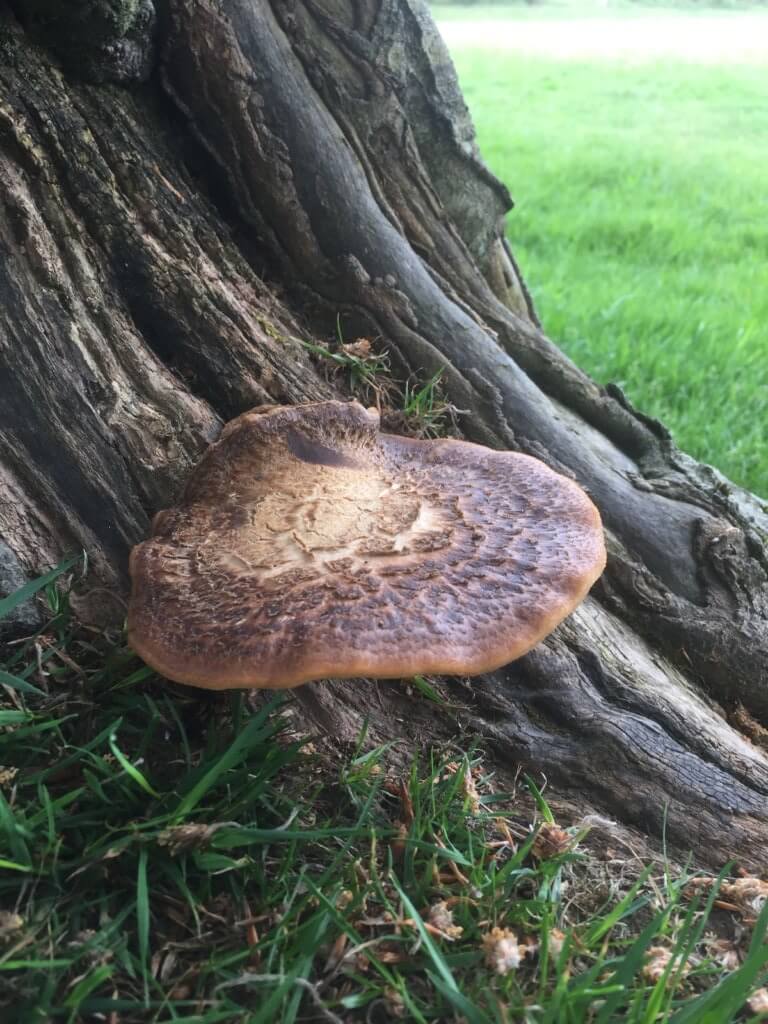 This is a common and widespread bracket fungus often found in the summer on dead or dying deciduous trees. It can grow to a huge size, perhaps as large and heavy as any British species. The problem is the large and easy-to-spot specimens are not much use as food as they quickly become tough and unpalatable. The trick is to find them while they are still very difficult to find.

It has something of a mixed reputation as an edible species but I’ve found the young ones to be very tasty and they often grow at a time when few other fungi are available. The shape of the caps and the distinctive pattern of concentric circles of darker scales means that it is hard to confuse with anything else.

The name comes from its apparent co-option by horse-riding wood nymphs. As an ornithologist (and realist) I prefer the alternative name of Pheasant’s Back, a reference to the pattern made by the scales on the cap’s surface. The shape of the caps is also sometimes compared with the seat of an old-fashioned tractor – from distant days when farmers had to make do with a small, hard piece of plastic outside in the elements, rather than the cushioned comfort of today’s weather-proof cabins.