I’m now moving on to the next document that NE sent me – the Bowland Fells SSSI/SPA Management Plan.

This is how it starts: 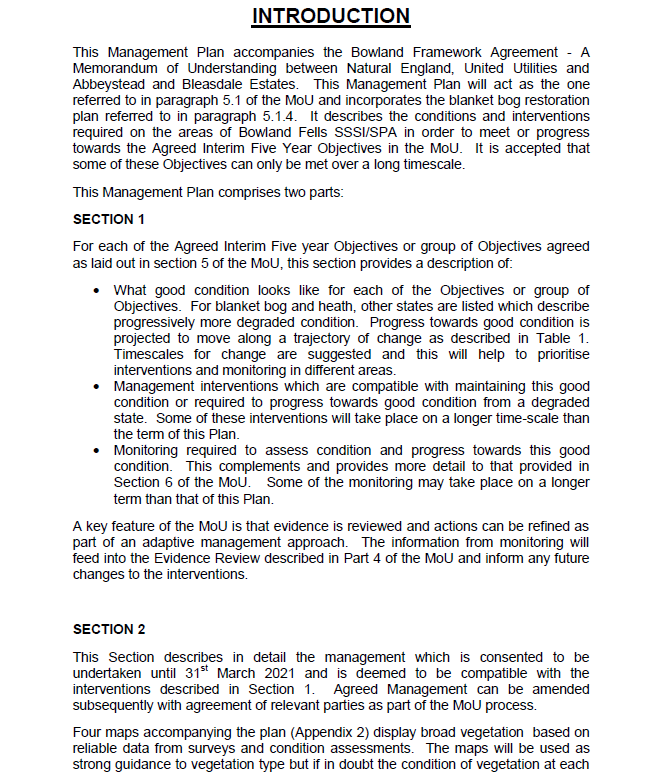 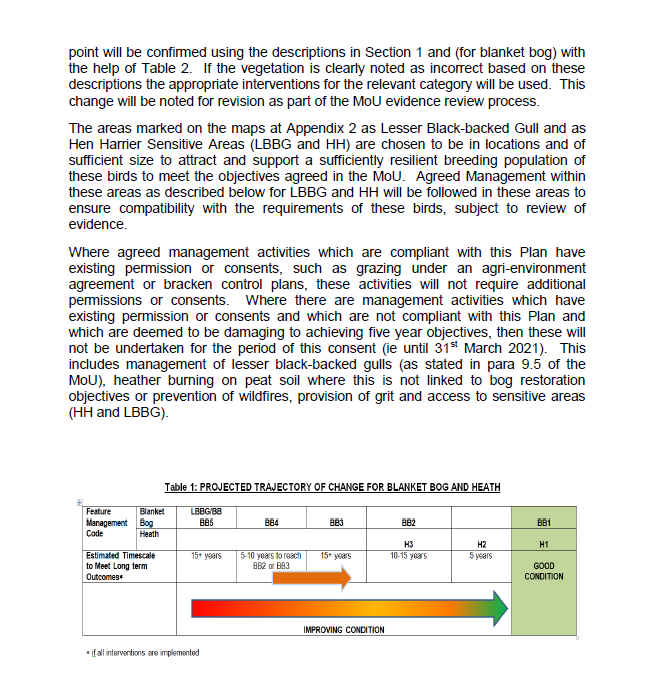 So, we learn here that there are LBBG Sensitive Areas – and I think we can call the rest of the area as an LBBG Insensitive Areas because there, it seems, NE is pretty relaxed about what happens to LBBGs.  These areas are mapped but I won’t reproduce them here – the areas are quite big.

A bit further on we get to what it says about LBBGs in Section 1: 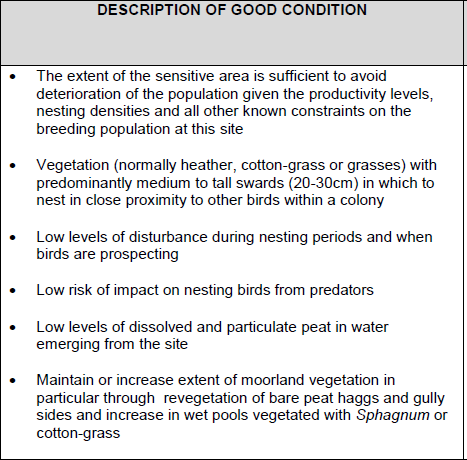 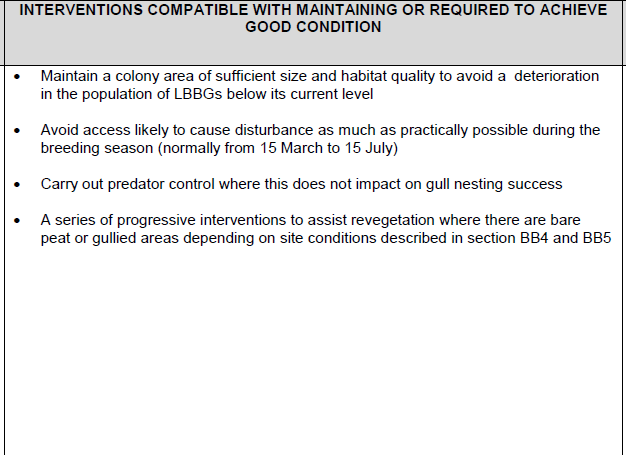 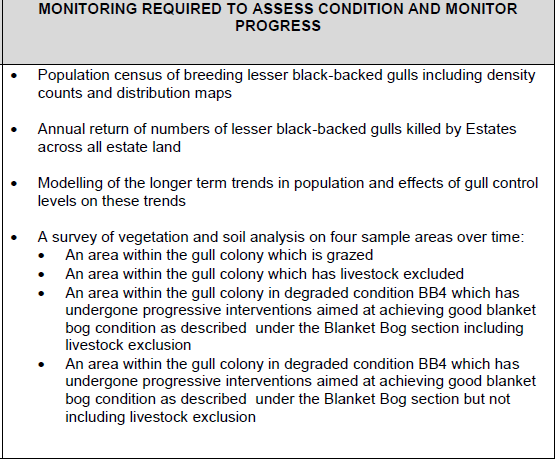 And then we get to what it says about LBBGs in Section 2: 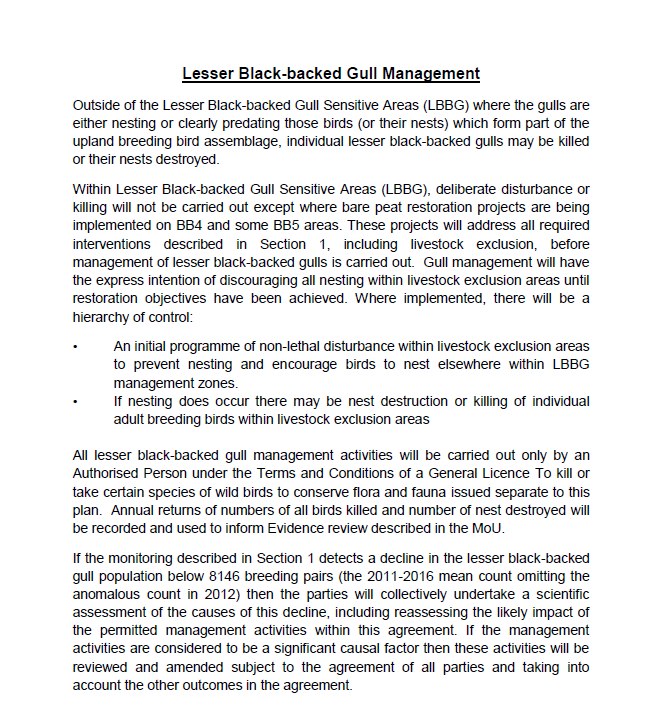 So, here we learn that if a LBBG nests in a LBBG Insensitive Area then NE is relaxed about them being killed. It is unclear on what basis this decision was made – given that this is an SPA (and SSSI) which was notified partly on its European importance for LBBG and that the size of the colony has fallen dramatically and that there is no evidence in these documents (nor referred to here) of any scientific evidence which remotely supports this management decision. If it weren’t an SSSI and an SPA then culling of LBBG under the general licence would be legal – but only for reasons of health and safety, conservation of fauna and flora and prevention of disease etc. – but not for the reason of ‘We don’t like gulls much’.

That’s quite a discovery! England’s wildlife watchdog is agreeing to culls of protected species in areas designated for their protection.  Why? This is the state nature conservation organisation sanctioning the culling of a species down to 50% of the level which was one of the reasons why the site was designated by the state in the first place. Why?

And is it legal?

It will be interesting to see what the Habitats Regulation Assessment says about all this.  Back later!  In fact at 1pm.