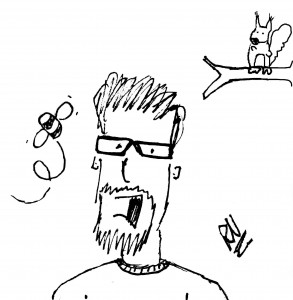 Ralph Underhill worked on planning casework and water policy at the RSPB for seven years, before joining the Public Interest Research Centre where he is working on the Common Cause for Nature project. He would like to hear your thoughts on this piece and would like anyone interested in the project to get in touch.

Conservation is a dam. It tries to hold back a tide of potentially damaging impacts, that, if unleashed, would overrun the natural world and destroy the wildlife we care about.

With the increasing challenges brought on by economic development this dam is reaching its limits. Numerous biological indicators (such as this) are showing that the cracks in it are widening and water is spilling out at a rate not previously seen.

To date, the role of those working in the conservation sector has to been to try to maintain the integrity of the dam. Whenever a new threat emerges (be it a new infrastructure proposal, breeding failure on a particular reserve or a damaging government policy) it creates a fresh crack and we rush to stem the flow. Although some water gets through, it is never as much as would have done if we weren’t there.

We are making a difference, yet somehow things continue to get worse.

Placing our emphasis on threats as they appear is entirely understandable. It would be naive to suggest that reacting to immediate threats is not a key role in conservation – without it we would surely have lost a whole lot more. However, the cracks in the dam are now increasing, both in size and number. Our reaction has been to try and grow the number of supporters we have in order to allow the conservation movement to employ even more people to plug the gaps as they appear. We haven’t had the time to look at the bigger picture, and think clearly about what it is that builds the pressure behind the dam in the first place.

As conservationists, we have questioned the extent to which we can feasibly address some of these bigger issues, most of which we have traditionally seen as far outside our remit and very hard to influence – alienation, consumerism, disconnection from nature, advertising and the dominance of economics in the media – these are all things that contribute to people’s indifference. It has been considered pointless to waste time and resources on such issues when these could be usefully deployed on addressing an immediate threat. Any attempt to take focus away from the immediate crisis will inevitably allow the cracks to get bigger, letting more water through which will damage our rarest species and habitats.

In short, the desperate nature of the situation has focused our minds on the cracks, the short term. If we don’t examine what is feeding the reservoir the final result is inevitable: the dam will break…
But there is hope. There is much within our power that we can do to raise the priority of conservation on the political agenda. We can create a long term vision that puts conservation on the front foot and begins to tackle the big issues we have previously been scared to approach.

Over the past few years our environmental legislation has faced a continual onslaught, always being portrayed as a barrier to development. Campaigns remain centred around stopping a threat, rather than highlighting the intrinsic value of nature and the benefits of an existing law or policy. This makes sense from a short term perspective: threats are numerous and if left unopposed could lead to huge damage. But in the long term this failure to set the agenda will inevitably mean we are just left waiting for the next attempt to undermine our position.

Furthermore, because we engage in the government’s processes policy-makers always get a head start over us in framing the debate: for example we must partake in the “red-tape challenge”, even though the regulation we are defending serves a public good. Many successive governments have successfully framed regulation as something ‘bad’ and a barrier to progress, making our position more difficult from the start. This reactionary approach also makes it significantly harder to point to the fact that existing legislation is actually inadequate in terms of halting biodiversity loss. The end result is that we are forever on the back-foot and in some cases using the negative frames provided to us by government, such as engaging in the airport expansion debate from an economic perspective (see here).

Hang on a minute, what happened to the whole reservoir thing?

The common cause for nature project uses social psychology research to show that we are overlooking a huge area of knowledge that could help us. It is an attempt to look at society as a whole and highlight the issues that we need to work on in order to encourage people to care about nature. It is an attempt to examine why the water is entering the reservoir and how to stop it.

Of course, it is clearly not the case that we have completely ignored everything feeding into the reservoir. Clearly conservation NGOs are different and some have taken the first tentative steps towards a new direction for conservation by highlighting the increasing lack of connection with the natural world. However, this is just the start. What are the other systemic reasons for the build-up of water in the dam? Consumerism (viewed by many as the only indicator of a healthy economy and even a way of contributing to conservation charities); the widespread framing of anything of importance in purely economic terms; diminished access to nature, and the probable impacts of advertising on people of all ages. Like it or not, if we really want to stop the decline we must engage in these big issues. To ignore them is to stand and watch as wildlife gets washed away as the dam finally collapses.I am not suggesting that conservation should ‘go it alone’ and try to sort out all of society’s ills on its own. What I am suggesting is that conservation broadens its remit and works in partnership with other NGOs from other sectors. If we are to have any hope of having wildlife worth saving twenty years from now we must ensure that we stand against those things which make it harder for people to understand and appreciate the intrinsic value of the natural world. It has been shown through research that those factors which serve to erode public commitment to action on conservation are closely aligned to the things that undermine public commitment to tackling a wide range of other challenges – from international poverty to social exclusion at home. If we set aside our differences and work together we have a better chance of changing some of these in the long term.

Our infatuation with consultations relating directly to the environment means we focus almost all of our energies on Defra, a single department that is one of the smallest in government. Tackling the issues mentioned above (such as advertising or accessibility to green space) requires us to widen our focus, but also represents a good opportunity for the conservation sector to broaden its relevance. With a broader appeal and with more public resonance the conservation sector may be able to apply pressure more effectively to other government departments. Furthermore, the more integrated the conservation sector is and the closer its working links with the entire third sector, the more relevant it will appear, potentially increasing its influence, opening up new funding opportunities and members.

We are at a crucial point, we can still save our wildlife, but only if we try something different, something radical, something that might just might work…

Please take a moment to complete this Readers’ Survey – there are only 12 questions and they are all very simple (click here).