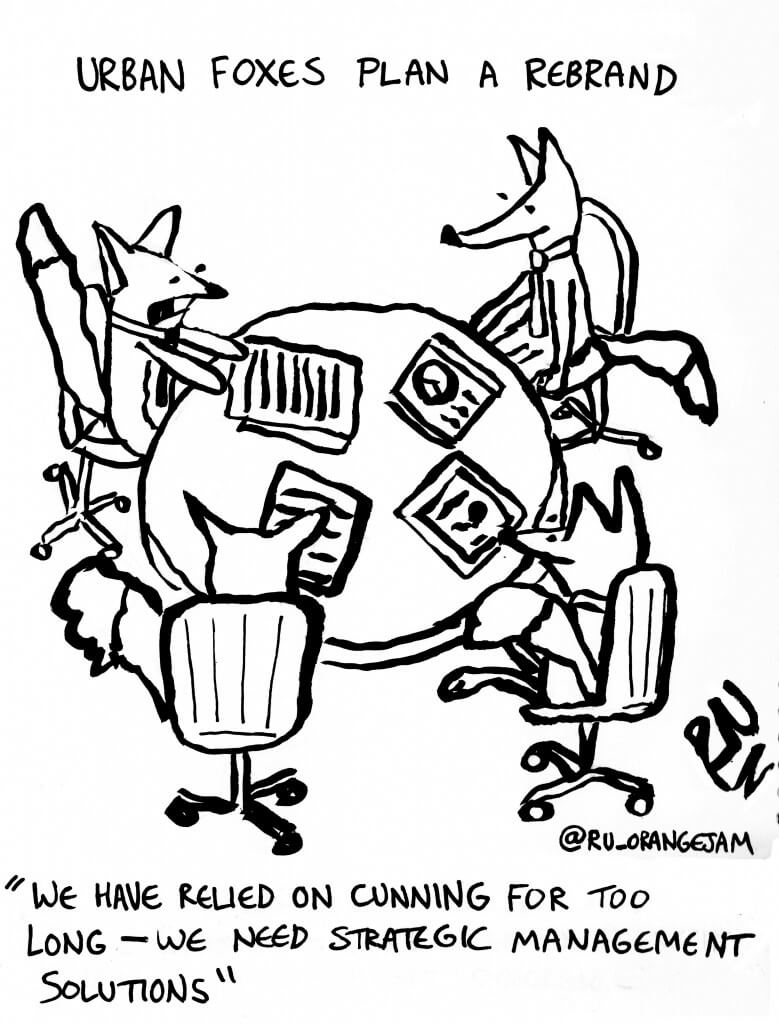 I am much more likely to see a fox when I spend the night in London than I am around my own rural home.  I remember seeing two London foxes in a car park one evening and I watched them for a good few minutes because they were so close, so tame and so beautiful.  It was impossible to think of them as ‘vermin’ or a ‘pest’ – rather, they were a welcome part of nature that had adapted to city life (possibly better than I do on my visits).

Foxes have sharp teeth – I noticed that.  If they occasionally bite us then we shouldn’t be that surprised – after all we have been chasing them around and killing them, and trapping them, and shooting them and poisoning them for years. And I think it is too much to think that urban foxes will be urbane foxes – they are wild creatures.

I’m always amused, but maybe it’s because I don’t understand it properly, at the number of paintings on sale at the Game Fair depicting foxes dressed as people and sitting around chatting at the dinner table.  This is always explained as stemming from the huntsman’s respect for the fox and that thinking of cunning Reynard in this way is part of the respect.  No doubt foxes hang pictures of huntsmen living in holes in the ground on their own walls for similar reasons – or maybe not?

But which species, if any, could do with a re-brand?  Maybe cormorants should dye their spiky hair pink to get a better press? Should slugs be known as shell-less snails – or maybe the vulnerable molluscs? Badgers maybe should re-brand to ‘helpful rural advisors’ and sparrowhawks to ‘sick bird euthanasia operatives’?

But the species most in need of a re-brand is our own.  I’ve written before, in various places, that it strikes me as unwarranted that we gave ourselves the name of Homo sapiens where sapiens means wise.  We should be Homo fatua – foolish man.  Of course, brand change, or brand shift, isn’t really about changing the name or the logo, but changing the image of an entity and the best way to change an image is to change what you actually do.  Foxes are as likely to lose their cunning as they are to lose their teeth, and people are as likely to lose their foolishness as they are to lose their pubic hair.

29 Replies to “Cartoon by Ralph Underhill”