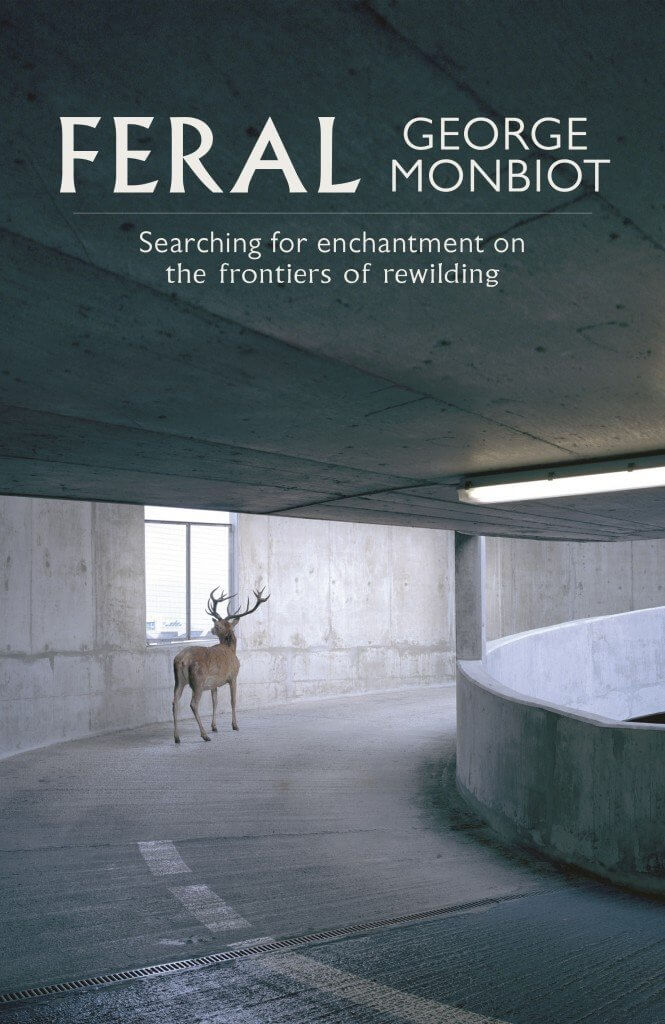 This is a book that many people ought to read.  I read most of it before I went to the USA and then read all of it, some of it several times, on my return.  I was reading it again at 6am yesterday morning in the back garden of the Old Mill Hotel in Salisbury where a kingfisher, a juvenile robin and a loud wren distracted me.

I agree with the thrust of this book – which I believe is that we need more wild nature in our lives and that we ought to put it there through ‘rewilding’ some of the world around us.  That’s a good message and is almost becoming nature conservation orthodoxy in the UK.  Some of the questions that remain are; how much? how? where? and how quickly?

What is this thing ‘rewilding’? It’s restoring ecosystems that are largely unperturbed by our own species, including restoring some large and locally extinct species such as wolves and white-tailed eagle.

Monbiot suggests that we are all missing the wilder life and discusses people’s keenness to ‘see’ large black cats running around the British countryside.  We need more forest, more wolves, more beavers, fewer sheep, less fishing of the seas and we need the policy makers either to stand aside or to adopt this as a basis for public funding of land managers, but we shouldn’t oppress the landowners if they don’t fancy the prospect of change.

There are some lovely bits of classic Monbiot. He has a go at farming unions for talking rubbish and the CAP for being rubbish.  Monbiot writes, ‘ …the CAP stings every household in the UK for £245 a year.  That is equivalent to five weeks of food for the average household, or slightly less than it lays down in the form of savings and investments every year (£296). Using our money to subsidise private business is a questionable policy at any time. When important public services are being cut for want of cash , it is even harder to justify.‘.  When Monbiot from the left of politics, and Roger Scruton from what looks like the right to me (in Green Philosophy), both criticise the CAP on similar grounds there seems no place for the discredited implementation of a European ideal to hide.

This book has quite a lot of how Monbiot feels about nature, what he enjoys doing in Wales, and anecdotes and instructive stories from his past in a variety of locations outside of Europe.  These didn’t help me very much in following the argument nor did they work that well in keeping me interested – they may work brilliantly for you, of course, as those things are very personal in nature.

It’s not obvious, to me, whether Monbiot thinks that this re-wilding idea is ‘the’ way to do nature conservation or ‘a’ way to do nature conservation.  If the former then he is wrong, if the latter then he is right.  Many species, including declining species, rely on farmed landscapes for their existence and we shouldn’t abandon them and their needs (for example) while we wait for an overgrazed hillside to grow into an ancient woodland.

Monbiot is not over-generous in referencing the steps that many conservation organisations, and indeed individual landowners, are doing  in the fields of species reintroduction, habitat restoration and habitat re-creation – there is quite a lot going on, it’s difficult work and it’s very expensive too.  But if his book brings the message of how much nature we have lost to many more people, and persuades them that we might be better off mentally, physically and even financially, if we brought back more wild nature then it will have done everyone a service.

Monbiot largely leaves it to others to work out how to get from the mess we are in now to his rather unspecified better world.  That’s fine, but it does need doing.

Really wild places will have to be really big to be really useful.  There is no point, or not much at any rate, doing a bit of tinkering. I’d love to see us re-flood The Fens, or some of them anyway, and bring back a living wetland that would store carbon, produce fish and other food and act as a wetland National Park for East Anglia.  I would love to see much of Salisbury Plain return to chalk grassland and low-intensity arable farming with masses of butterflies and chalk grassland flowers (and great bustards of course).  With good rail and road links from London this could become a weekend destination for re-wilding addicts fleeing the big city.  Let’s see large parts of upland Wales return to deciduous woodland with bison in the woods and bison-burgers in the pubs.

I’m up for all of these, certainly after a drink or two, but in the cold light of day you can see that there might be a few sugar beet and carrot farmers in Cambridgeshire who are a bit less enthusiastic about the first; some arable farmers un-keen on the second and the odd Welsh sheep farmer who is concerned about the last one.  And that’s a large part of the reason why they haven’t happened yet – not because nobody thought of them but because we were all too scared to push them as hard as they need to be pushed and for as long as they need to be pushed.  Maybe Monbiot’s book will stiffen the sinews and summon up the blood and we can go back into the breach again.

Any book that the President of the NFU hates must have something going for it and this book really does have a lot going for it.  It didn’t, it seems, open Peter Kendall’s mind to future prospects of exciting wild lands but your mind might swing open more easily.  Read it – it should enthuse you about the possibilities of the future, but it certainly isn’t a road map for getting there.

Feral: searching for enchantment on the frontiers of rewilding by George Monbiot  is available on Amazon as is Mark Avery’s book Fighting for Birds.

This blog is going to feature book reviews, mostly of newly published books, on Sundays for the next few weeks.