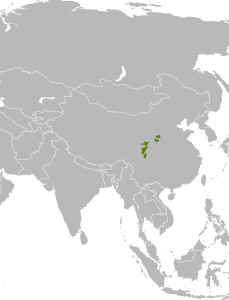 Why should we care about Pandas? This is a big question to which there are lots of answers, all of which raise more questions.

I’ve never seen a Panda in the wild (and I’m not, honestly, that bothered about seeing one) and I can’t recall ever seeing one in a zoo either.  If it weren’t for Peter Scott’s logo for WWF, and books, and TV programmes then I wouldn’t know that Pandas existed. And if I didn’t know they existed I wouldn’t miss them.  And that’s true of lots of species across the world which have less good PR than Pandas.

But then, there are billions of people on Earth that I don’t know, and yes I feel a bit connected to all of them.  When a bunch of Chilean miners were trapped underground for weeks I didn’t think ‘Never met ’em – don’t care at all’ – did you?

I care about nature because it is beautiful, interesting and a large part of what makes this planet special.  I’ve said before, this may not be the only place where life exists but it is, as best we know, the only place where you can see a Blue Whale (as I did this summer).  And even if it isn’t the only place in the universe with Blue Whales then it is certainly the handiest for me.

Some people just don’t have this appreciation of natural beauty – George Osborne seems pretty low on it, for example.  The NFU don’t seem to have much of it either, which is a bit odd for stewards of the natural environment.   As Dennis has pointed out in his comments on this blog, we admirers of natural beauty seem to be in a minority.

But that’s OK.  I think we can get more people hooked on nature (and that would be good) but we won’t get everyone.  Just as other aspects of ‘less than natural beauty’ seem to be minority interests too.  My musical tastes are quite broad (from opera to pop) but I really don’t get jazz.  And my liking for visual art is quite broad (from Braque to Brueghel) but I’m not a fan of Francis Bacon.  I live my life without jazz and Bacon, but I recognise that they are important to others’ lives.

I think we should live in a world of visual art and music – and keep and cherish a diversity of both way beyond my rather narrow interests.  The world would be poorer without jazz even if, quite honestly, I could get by perfectly well without it.

How much more empathy should we show for our fellow living creatures? And how foolish and uncultured we would seem (why did I include ‘would’ there?) to the dispassionate observer from outer space if we let all that natural beauty disappear?

And it’s not because we need the Panda on the planet in order for us to survive, we can do fine without the Panda. It’s not because the Panda is valuable to us in economic terms. Yes, there is an economic value to ‘biodiversity’ but not a very high one to every individual species. We should look at it another way – there is a miniscule economic cost to keeping the planet’s biodiversity.  We aren’t poorer because we ‘saved’ the Panda – and we wouldn’t be poorer, globally, if there were ten times as many Pandas either.  Nor if there were ten times as many Blue Whales.  Nor if there were twice as many skylarks.

If we were more careful about how we lived our lives then we would have far less impact on all the other lives on this planet – human and wildlife.  And that would be good.

I’d like it if more people cared about the Panda (other brands of biodiversity are available) but if they don’t, like I don’t care much about jazz, then let’s not behave as though we hate it and want to see it banned.  We should be big enough to do that by now.  It’s a matter of being naturally cultured.

38 Replies to “Why we should care about Pandas…and all that jazz.”