This review is part of a ‘blog tour‘ where yesterday, this book, The Crossley ID Guide,  was reviewed by 10,000 Birds.

This is a useful guide to bird identification aimed at beginners and intermediate birders. I guess I would put myself at the high end of intermediate as I know all the common birds local to me, all the songs I am likely to hear local to me and don’t make many mistakes or  feel adrift with bird identification wherever I watch birds across the UK.  I sometimes ponder over a bird identification longer than I think I ought – and they are usually distant waders, flight calls or glimpses of birds – and I would struggle to identify difficult rare warblers or some completely unfamiliar birds.

This guide works for me.  I will pick it up during the winter to refresh my memory of identification points for the coming spring and summer.

The guide is a bit different from most similar books – each species has a page (or less than a page for rarer species) where photographs of the bird, sometimes lots of them, are distributed across a photograph of the species’ typical habitat. So you get nine images of Turtle Doves against a background of an overgrown patch of ground with a church tower in the background.  This approach sometimes produces surprisingly attractive plates (eg Ptarmigan, Little Egret and Skylark).  For flocking species, this approach works very well (eg Fieldfares in the snow, Golden Plover in a field, Waxwings in a wood (why not a car park?)).  Showing lots of birds in natural surroundings really does conjure up the ‘feel’ of the bird sighting as well as its technical details.  Sometimes it doesn’t work so well in terms of ‘ringing true’: where the bird is rarely seen in numbers (I wish I could see 10 Hen Harriers on a moorland as here) or where the size of the image is misjudged (that walker is going to get one hell of a clout from that giant Bonxie) but then one has to remember it is a device and your traditional field guide shows everything side-on against a light background – how real is that?  Basically, the approach is a good one.

The real backgrounds had me wanting to identify them all too – I could do quite a few – and some of the woodland plates are like ‘Where’s Wally?’ pages (see Treecreeper for example).

This book covers over 300 regularly occurring species – all the species you will see in the UK unless you see something really quite rare. The gulls get down to Yellow-legged, Caspian, Ring-billed and Sabines and the waders go as far as Pectoral, Buff-breasted and White-rumped Sandpipers and American Golden Plover. 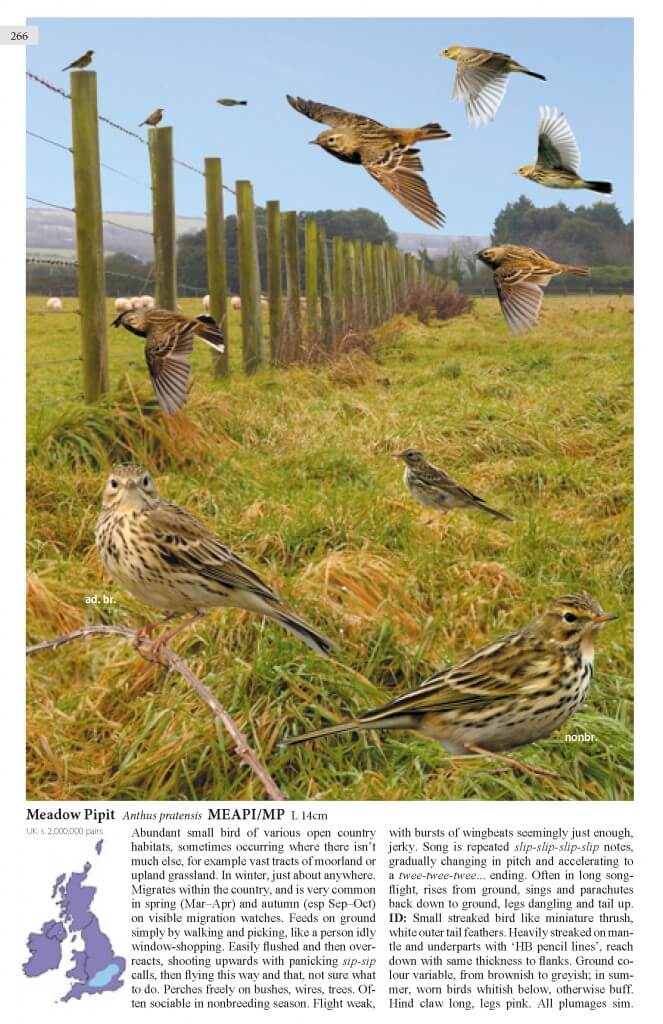 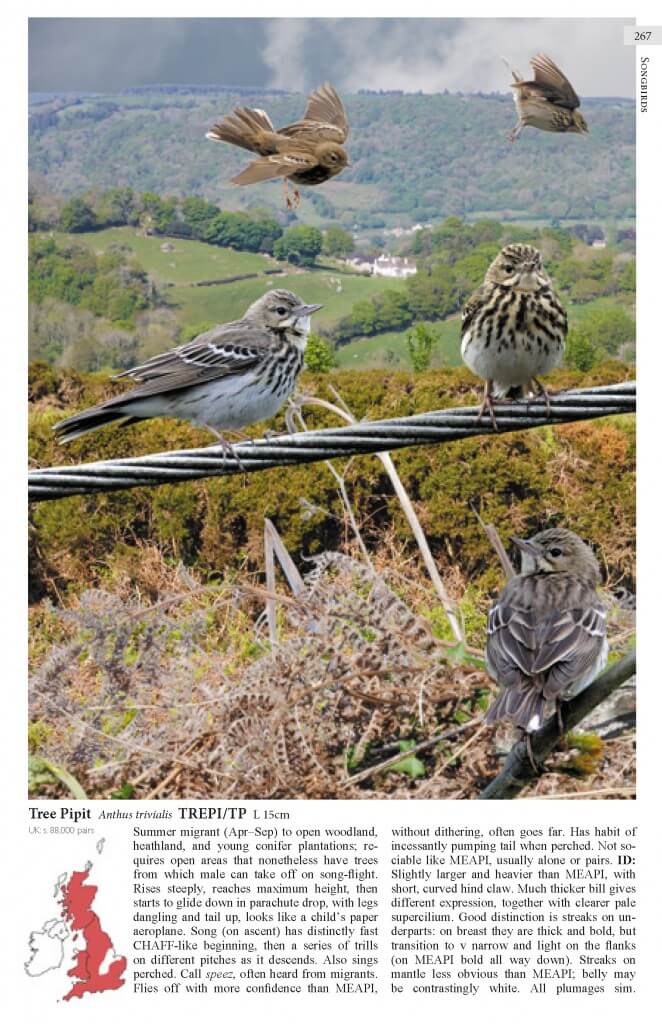 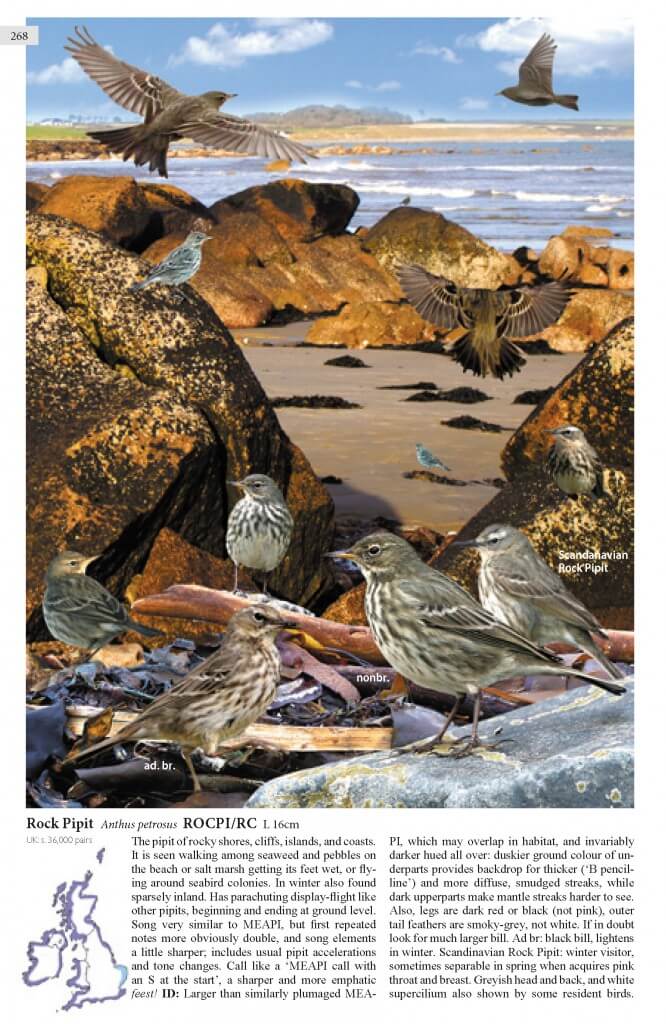 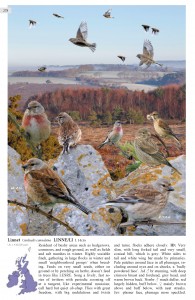 And the camera never lies – so just look at the images of malevolence that play across the faces of these Linnets (running ‘joke’).

Tomorrow this blog tour moves on to Ireland’s Wildlife.

Here is the full itinerary.