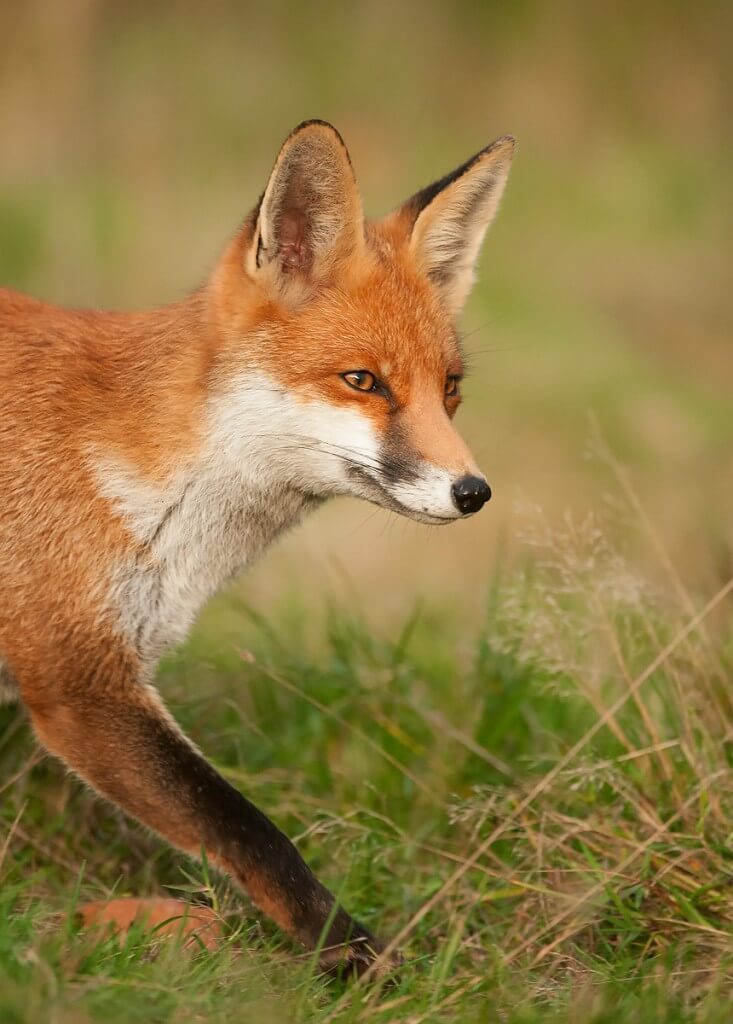 Oscar writes: This was taken one afternoon during late October 2012. I love the light on its fur, and its expression. I spent most of the winter photographing the foxes here. Oscar’s website – and follow him on Twitter @oscardewhurst.

Nikon D300s, Nikon 200-400mm f4 VR
A ‘real countryman’ writes: what a wonderful image, Oscar. I love foxes – but you just have to kill them you know.
There is no species as clever and admirable as a fox.  I never tire of seeing them – but I hope to see the cross-hairs against their heads.  Bang!
In the absence of hunting I always said that foxes would decline in numbers – and they have! Hunting killed off the old and sick – it was good for foxes.  They are now suffering immeasurably from the lack of hunting.
In the absence of hunting, I always said that foxes would increase in numbers – and they have!  Without gamekeepers and huntsmen giving up their time to kill foxes there can be no balance of nature.  Only when we get involved and manage everything can nature flourish. There are so many examples I won’t bother to mention them here.
There is no wild animal I love more than cunning old Renard – I’ve killed hundreds of them.  They are such wonderful beasts.
We are losing so many of our traditions, it’s so difficult to get any good badger-baiting these days, we need to maintain some of them and I think that fox-hunting is one.  We’ve been killing foxes for their own benefit for centuries so it can’t be wrong can it?  I live in the countryside and I understand these things.
Nice shot Oscar!
Likes