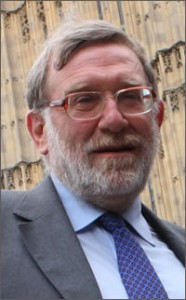 This blog is a fan of Sir John Randall, Conservative MP for Uxbridge.  John is a birder and understands the environment better than most. He’s also a really nice guy.

Last week, whilst I was away trying, without much success, to see some Hen Harriers, John organised a Westminster Hall debate on the terrible state of affairs regarding illegal killing of birds in Malta.

It’s worth reading the full transcript and seeing which MPs of which parties spoke.

As expected John spoke well, with accuracy and with passion.  I told you this blog is a fan!

It would make it easier to keep this an issue of legality/illegality if shooting organisations in the UK condemned the illegal behaviour of fellow shooters (with whom they have direct contacts) in Malta.  Their apparent silence persuades some that they find it more important to stand side by side with other shooters, even those shooters breaking the law, than side by side with those who expect shooters to stick to the law.

It was good to see that British minister, George Eustice, had taken the opportunity to discuss these matters with his Maltese counterpart in the margins of a meeting in Athens last week. Would that discussion have taken place without Chris Packham’s campaign?  No, it wouldn’t. And this sort of debate in the UK Parliament, when backed up by your letters to MEPs and MPS, and tweets and anything else you can do to publicise matters, keeps up the pressure.

Thank you to everyone who has copied me emails to and from their MEPs – I’ll come back to that later in the week.

Did you see that Malta’s entry for the Eurovision Song Contest was called ‘Coming Home‘ – shouldn’t that be ‘Coming Home to the sound of gunfire as birds are killed illegally on migration’?