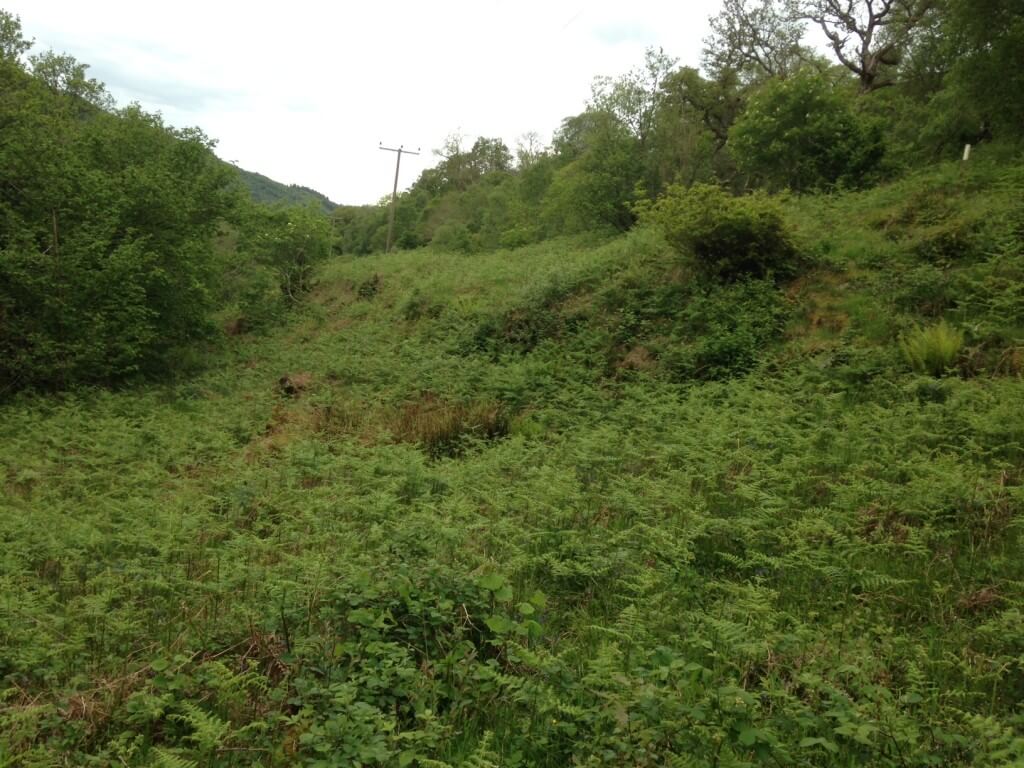 The Chequered Skipper is perhaps the British butterfly with the least expected UK range. Given that this butterfly is found over much of Europe where would you expect its UK range to be centred? Just over the Channel in southeast England? Maybe the New Forest or Dorset heaths?

Think again! The Chequered Skipper is found in the land of the midge – the west coast of Scotland.

Family matters took me to Edinburgh over the weekend and so it was only a three-hour drive to get to Glasdrum Wood.  The weather forecast wasn’t completely reassuring and there was some rain on the journey there. On arrival in the early afternoon it wasn’t raining, but the sun was behind quite thick clouds as we arrived.

The car park was packed – two other cars (but that almost filled it).  We set off on the short circular walk around the National Nature Reserve and hoped for a bit of sun to bring out not only the Chequered Skippers but also Small Pearl-bordered and Not-so-small Pearl-bordered Fritillaries. After only a few paces we came to the open bracken area pictured above.  I was looking for butterflies but I’d forgotten about moths.  There were quite a lot of distracting moths flying around.  Grrr!

I think we saw the Speckled Yellow moth (it seems quite possible but I’m no expert) and a small black moth which held its wings flat and had bold white spots on its wings.

There’s one!  A small butterfly sat on top of a fern frond with its wings closed and then slowly opened them to reveal the chocolatey-brown upper-wing with yellow circles and blotches.  That’s a Chequered Skipper for sure! And then it flew away.  And it didn’t come back.

So we walked around the short , steep trail through the woods.  There was a Cuckoo singing in the distance, and then there were two Cuckoos singing in the distance. The sun didn’t emerge and that saved us from the identification ordeal of differentiating between the PBF and the SPBF.  I attempted being the broad-minded naturalist and tried to marvel at the mosses on the trees – it worked for a while.

Our circular path took us back to where we started, as they do, and we looked, some more, at the moths. A couple of white butterflies, Green-veined Whites (?) whizzed past showing that the sun was trying to come out and sporadically succeeding.

And then we did see a few more Chequered Skippers. They were perching on top of the fern fronds and sunning themselves in the weak sunlight.  Occasionally they would fly around and two of them appeared to be making more Chequered Skippers in the vegetation.  What a nice little buttterfly.  Worth the trip (after all, there were Cuckoos too!).

I’ve wanted to see Chequered Skipper for ages – partly because it used to have a dollop of range near where I live in Northamptonshire before they disappeared there in 1971 only leaving a very nice pub of the same name and some distant memories to commemorate their presence.

And I’m glad that I saw it on a NNR – my taxes have been quite well spent it seems. Perhaps the SNH website could make more of the fact that Glasdrum Wood is one of the best places in the UK to see this little butterfly? And if Scotland is independent in the future – is the Chequered Skipper independent too?

And then there was that black and white moth. I could have taken a photo because there were a few of them, and they weren’t too skittish. But I had a look at it and thought ‘That’s got pretty memorable markings, I’ll be able to look that up easily enough’.  But when I did it appears, though I am a complete and utter amateur, to be a species that shouldn’t be where I saw it – the White-spotted Sable moth. The moth that I and my companions saw, we all agree, looked very very much like the White-spotted Sable – but we are all amateurs.  It was small, held its wings open flat, was very dark (probably black) and had large round white spots on its wings.  If you told me that this was a common day-flying moth where we saw it then I wouldn’t give it another thought – that would be it.  So is there anything very similar please all you moth experts? If not, then it’s worth someone who knows their moths, and cares (!), having a look at Glasdrum Wood some time soon, I think.  I hope it isn’t a wild moth chase.  Note added later: apparently, the White-spotted Sable does live in that part of the world so I’m not a moth-stringer at all! Woohoo!!

7 Replies to “A peculiarly Scottish butterfly”