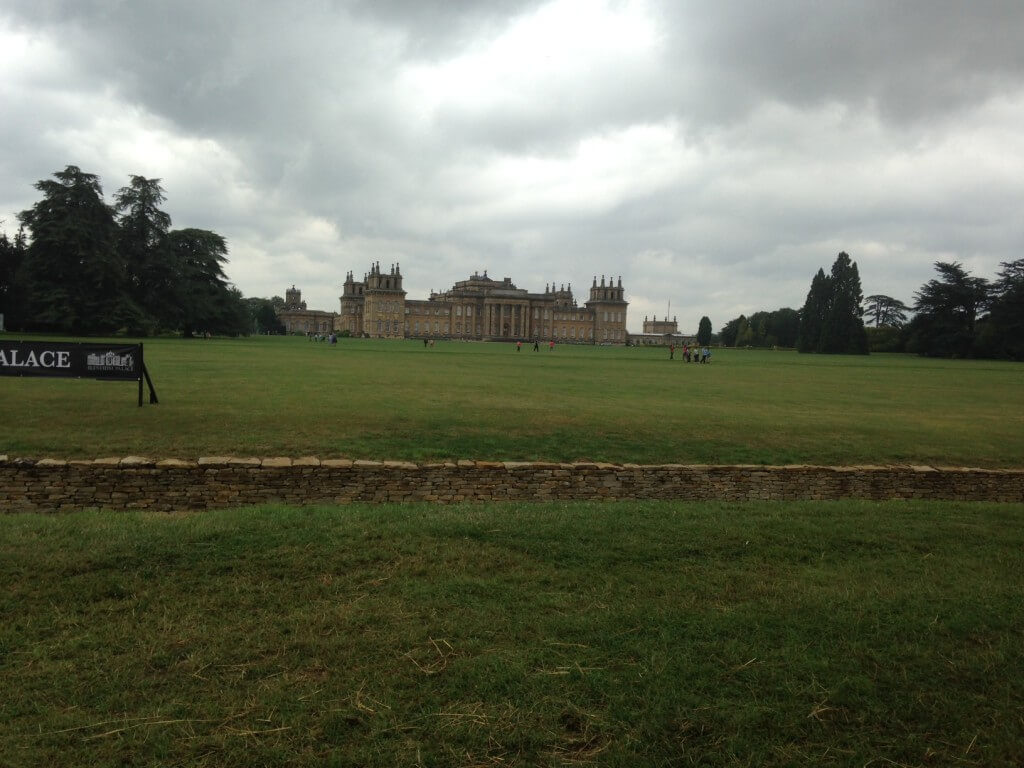 This year the Game Fair is in the grounds of Blenheim Palace.

The Game Fair could keep a blogger going for  full year, but let me tell you about some sensible people I met today.

Today, Saturday, is ‘Conservation’ Saturday apparently.  I noticed that there was a talk about rivers but it was as much luck as judgement that I happened to be passing the main lecture theatre at the right time to hear most of it. It was easy to get a seat – apparently conservation isn’t a hugely popular topic at the Game Fair.

I listened to the excellent Paul Knight of the Salmon and Trout Association and Martin Salter (ex Labour MP) talking perfect sense about the state of our rivers.

Did you know that 85% of the world’s chalk streams are in England? I didn’t.  The rest –  if you are curious to know, as I was – are mostly and unsurprisingly in Belgium and France (but there are some chalk stream lookalikes in Chile too).  They should, surely, all be protected – but they aren’t.

One of  the threats to them is phosphate pollution from watercress beds – who’d have thought it? The S&TA have done research, we heard, the few of us who were listening, that shows that the P-levels in rivers  are sometimes 10 times what they should be because of this pollution.

The Chalk Stream Charter seems pretty good and successive governments and their agencies seem to have done a particularly poor job here.  Well may it be said that our stewardship of this global resource has been truly ‘lamentable’.

I was struck by the fact that it was a bunch of fishermen pointing out that you wouldn’t need to dredge the rivers if they weren’t clogged up with soil washed off fields – so why don’t we farm more sustainably?

I was reminded of this question later in the day when I was told that Owen Paterson (remember him?) had asked EA to assess the need for dredging of all English rivers. That’ll cost a bit.

The Game Fair had been robbed of an appearance by OPatz by the reshuffle and the new SoS had had to stay in London (possibly for a Cabinet meeting on Ukraine). I’d wondered why the CLA had been reduced to issuing a photo of Nigel Farage drinking a pint yesterday but that must be why.

Maybe the PM himself will visit tomorrow – it’s close to his constituency home after all.

But, for this evening, I am regretting that nature conservationists don’t work more closely with fishermen.  There is a lot of common ground (particularly if they lay off otters and cormorants a bit).

E-petition very close to 8300 – I wonder how many fisherpeople signed?