The Passenger Pigeon went extinct in 1914, the same year the Great War began. To commemorate the centenary of those two events, my band, The Corner Laughers, has released an ode to the last Passenger Pigeon, Martha, in the style of a First World War-era song (but with synthesizers, for no good reason, really). 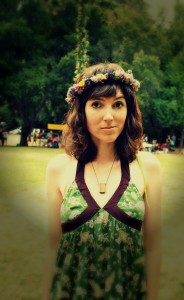 Bassist Khoi Huynh, who wrote “Martha,” has been an avid birder since childhood, when he formed his own group and corresponding publication, the intriguingly titled “Save-the-Birds-Club Bird Club Book of Birds.”

I was voted “most likely to hug a tree” in high school and earned my master’s degree with a dissertation on the California Condor, a bird which came very close to extinction in the 1980s but has since made a comeback of sorts. The California Condor is the topic of another song. We’ve been lucky enough to witness a few condors being released into the wild. We’ve also made the long trip to an annual vulture festival several times and for five years were volunteers with a local wildlife-rescue clinic.

“I’d Rather Count Cormorants With You” was inspired by guitarist KC Bowman declaring he’d rather go birding with us than watch the Super Bowl (we prefer the superb owl). Incidentally, KC, all-American boy that he is, named the Bald Eagle as his favorite bird (drummer Charlie Crabtree is partial to penguins).

Birds appear in the artwork of many of our records, illustrated by fellow bird-enthusiast Anna Saccheri. “Poppy Seeds” sports our official state bird, the California Quail, while “Ultraviolet Garden” has a hummingbird. “Tomb of Leopards” has our rock-dove logo and the motto “Be kind to pigeons.” And “Transamerica Pyramid” boasts San Francisco’s famous wild parrots of Telegraph Hill.

We love touring in the UK and when we aren’t on stage you can find us traipsing through parks, searching for birds, foxes, and hedgehogs.
“Midsommar”, the A-side to “Martha,” was partially inspired by one such trip to England. It’ll be part of our next full-length record, too.

We’re midway through recording that album and haven’t yet decided which creature to feature in the artwork this time around. Any suggestions? 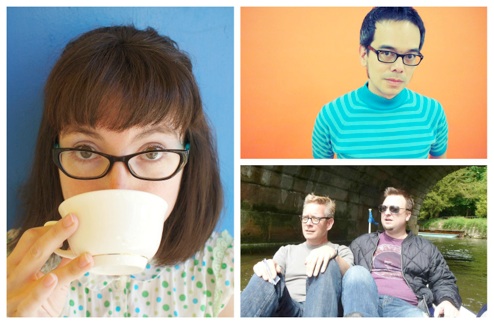