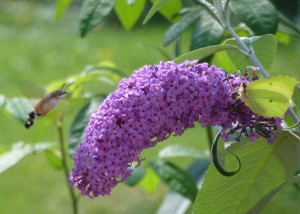 Filbert cobb is a regular contributor of comments to  this blog.  Sometimes he seems a bit nutty.  He is often witty but gets very serious about climate change.

I encouraged him to write a Guest Blog for us and I was not disappointed, in fact I was delighted, by what he sent.

Boyhood, nature and a brush with viruses

When I was a boy we lived in north-west Kent, now Greater London, between West Wickham and Hayes. We had rag and bone men to do our recycling, but it wasn’t yet called that, and a milkman with a blue and white cart and crates and proper bottles with foil caps whose horse would urinate prodigiously in the road until the gutters ran. Its dung was quickly shovelled away by the grateful householders for their roses and vegetable patches. The double-decker buses were blue, Mr Westby the baker was always white, and the butcher’s shop had split pigs’ heads on the counter whose eyes followed you malevolently. Gloster Meteors from Biggin Hill used to terrify by skimming the rooftops and during the Korean War I thought they were coming to kill me.

We had moved there from rooms with my grandparents in Camberwell, near the R Whites lemonade factory on Albany Road. My granddad kept chickens and spent the war trading eggs and playing cribbage down in the shelters and cutting oilskins for the seamen until the factory was bombed. The borders in the back yard had an artificial soil, which my grandma called “dirt”, made from spent tea-leaves and chicken manure, and grew monstrous crops of tomatoes and red geraniums against the whitewashed walls. There was a gap in the terrace opposite courtesy of the Luftwaffe. The “bombsite” was my first exposure to the “natural” environment. In between the bricks and rubble it was covered by docks and wall barley and dog excrement. It’s all the green fields of Burgess Park now.

The house in Kent had a long garden with apple trees, roses, lawns and borders. My dad grew a lot of Mrs Sinkins border pinks and to this day I can recall the intense scent of the Etoile d’Hollande rose he was so proud of. At the bottom of the garden was a rough patch of grass where we children were allowed to do as we pleased. I recall spending hours wedged in the Newton Wonder apple tree, staring down into the grass, waiting for things to move. Grasshoppers, beetles and shrews were the usual sightings, and in the early mornings foxes could often be seen working their way across the gardens to the back of the Danish Bacon factory for a snack. Summers were noisy with swifts and house martins and my mother fought futile campaigns to protect the milk on the doorstep from bloomin’ blue tits and the borders from invasion by bloomin’ forget-me-not and bloomin’ golden rod.

We played on Wickham, Hayes and Keston Commons and in Springpark Woods, but even in those days there was not much in the way of birds and mammals to be seen – although lizards were common on the gravelly heaths and stony screes. Locally there was a path called Polecat Alley – but I never did see one.

Most “wildlife” was on the tiny telly in black and white – George Cansdale, Armand and Michaela Dennis and Johnny Morris ensured I could recognise a bush baby or slow loris, but I never did see one in the garden. All I had for reference was a couple of Observer books – Wild Flars and Birds – and they got pretty worn out. I would copy the picture of the hawfinch from the Observer book over and over but it didn’t help me to see a real one and I never have, to this day. Fishing expotitions to Keston ponds did not help me learn about fish as none were ever caught.

My favourite place was our sunken garden. This was a large oval pit about three feet deep with concrete steps in and out, with crazy paving around the base and an oval rose bed in the middle. The vertical sides were faced with large white flints. It was a heat trap, and attracted large numbers of critters, particularly velvet cushion mites and hoverflies. I knew where all the loose flints were and would pull them out to see what lurked underneath. Pill bugs, mostly, and earwigs and centipedes and millipedes. Vast numbers of black and red ants lived under the paving, and summer flights of winged ones would send my mother into a tizz of swotting and sweeping and muttering about those bloomin’ ants. We had to pick Victoria plums just before they were fully ripe so that we got to eat them and not those bloomin’ wasps.

Innate curiosity piqued my interest in things natural – if my parents had been in the slightest bit interested I would have sloped off in another direction. The critters in the garden and under the stones were my secrets and I wanted them to stay that way. Life drifted by in a school daze through the fifties and into the early sixties with freezing winters and frozen points with freezing fog and snow and ice on the insides of the windows in the morning and occasionally scorching summers and the inevitable violent thunderstorms and downpours that flash-flooded the streets and from which I hid in the understairs cupboard.

There came a day, shortly before ‘O’-levels started, when I was sitting on the steps of the sunken garden while I was off school following back to back chicken pox and German measles – not a good idea for a teenager. I think the viruses had affected my sight – it was a warm cloudless day in May and the flints and paving and roses and lavender and alyssum and aubrieta took on a surreal clarity and luminosity and I could clearly see every moving thing on the ground in my field of vision without consciously focusing on it. I sat motionless for a while, taking in this slightly unreal vision overlaid with a shimmering distortion and while I did was overwhelmed by the thought that I had reached the end of my boyhood and that in the future I would not be sitting watching tiny critters among the stones and flowers of the sunken garden because there were other fish to fry, races to be won, exams to be passed, jobs to be found, houses to buy, grandparents to bury, children to be had, and nothing could ever be the same as this again. Eventually the moment passed and I got up and went indoors, where my mother was clearing up a pitiful pile of feathers that the bloomin’ cat had brought in.

Thus began, late on a May morning in 1963, the rest of my life. I progressed from being an innocent observer of nature to a serial dissector of frogs that I netted furtively from my brother’s pond in the rough grass and gassed using the gas poker in the kitchen that highlighted their blood vessels with carbonyl haemoglobin of textbook cherry red. I learned how to set up a phase-contrast microscope and watch cytoplasmic streaming and how to unfold an earwig’s wings with an eyelash glued to a matchstick and how to lift single germinating Rhynchosporium spores from the surface of agar so that they could be grown on to inoculate detached barley leaves kept alive unnaturally by benzimidazole and I tried and failed to get interested in the ecology of the phylloplane. I raced bicycles, played rugby, hockey, cricket and squash and jumped pointlessly over metal bars and the higher I jumped the further it was down again into a damp unyielding sandpit. Work has taken me to France, Denmark, Sweden, Spain and the Netherlands and I have sat on a rock on the terminal moraine of the Tasman glacier among the giant Spaniards feeling the ground shake.
Over the years there have been several other gardens and the current one is the best so far. Without leaving it I see spotted flycatchers, sparrowhawks, buzzards, stoats fighting hares on the grass, ruby tailed wasps on walls, butterflies and bumblebees in abundance, honey bees swarming in the chimney, Dames Violets and dog violets and foxgloves and primroses that arrive from nowhere, Valesina, voles, Hummingbird Hawk moths, llamas (!), water avens, bluebells, dog’s mercury and old man’s beard and ivy is everywhere. Confused swallows perch on halfmoon uplighters in the dining room and great tits perch weightlessly on my head in the kitchen. We’ve had bats in the bedroom and hornets in the hall.

But of all the lifetime of stored recollections in my head the ones that resurface most often are those of the unknown, unremarkable and uncomplicated life in a garden in Kent that formed a small boy’s first impressions and I sometimes wonder whether, in the unlikely event that I have a soul, that it will be found sitting on a step in that sunken garden.

21 Replies to “Guest blog – The Sunken Garden by ‘filbert cobb’”