Simon Barnes writes so well, and I tend to agree with him too. 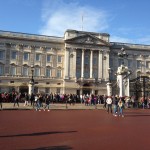 In today’s Independent on Sunday he makes the point, made here and elsewhere in the past, that it’s very nice to see Prince William arguing against illegal killing of wildlife abroad but why the silence here at home? How about coming out against grouse shooting, based as it is, on illegal killing of birds of prey (because even those who don’t kill raptors themselves benefit from the actions of those who do).

Or at least come out against illegal killing of protected wildlife by gamekeepers (and by anyone else, of course) in the hills of Britain.

William comes from a shooting family.  Barnes says that William has been a participant in grouse shooting and, of course, his grandfather is a keen shot, and his father participated too, and his little brother had a close encounter with some Hen Harriers at Sandringham too (no, we don’t know who shot two Hen Harriers that evening at Sandringham but we know that Harry was out with a gun at the time – that’s all I mean).

Barnes suggests that William should give up shooting ‘game’ completely. That seems a bit extreme to me. But I think that we could all make it easier for him to give up grouse shooting, and for others to do so too, by signing this e-petition to ban driven grouse shooting.