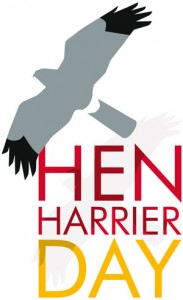 David Lindo’s idea of voting for a national bird certainly seems to have caught the public imagination.

It is also the subject of a grassroots campaign to get the Hen Harrier elected as our national bird (or at least for it to be a surprise well-rated also-ran).  I’ve voted for the Hen Harrier in this poll because it is the only species on the list which will actually benefit from our votes. All other species will go about their daily lives scoffing sandeels ( the Puffin), singing beautifully (the Blackbird) or looking cute in our gardens (the Robin), completely unaware of the burden of responsibility of being our national bird.

But for the Hen Harrier it is so different. A vote for the Hen Harrier does something to remove a burden from its shoulders (the burden of illegal persecution on grouse moors) and put it firmly on the shoulders of wildlife criminals.  This beautiful bird of prey should nest in numbers of c330 pairs in northern England (and 2600 pairs in the UK as a a whole) and yet its English numbers are less than a handful (and UK numbers c800 pairs (or fewer)). It is so rare because it eats Red Grouse before grouse shooters can shoot them. That’s its crime.

A vote for the Hen Harrier is a vote for fairness, a vote for upholding the law, and a vote for wildlife.  It’s the only vote in this poll that can make a difference!

5 Replies to “Vote Hen Harrier for your national bird”