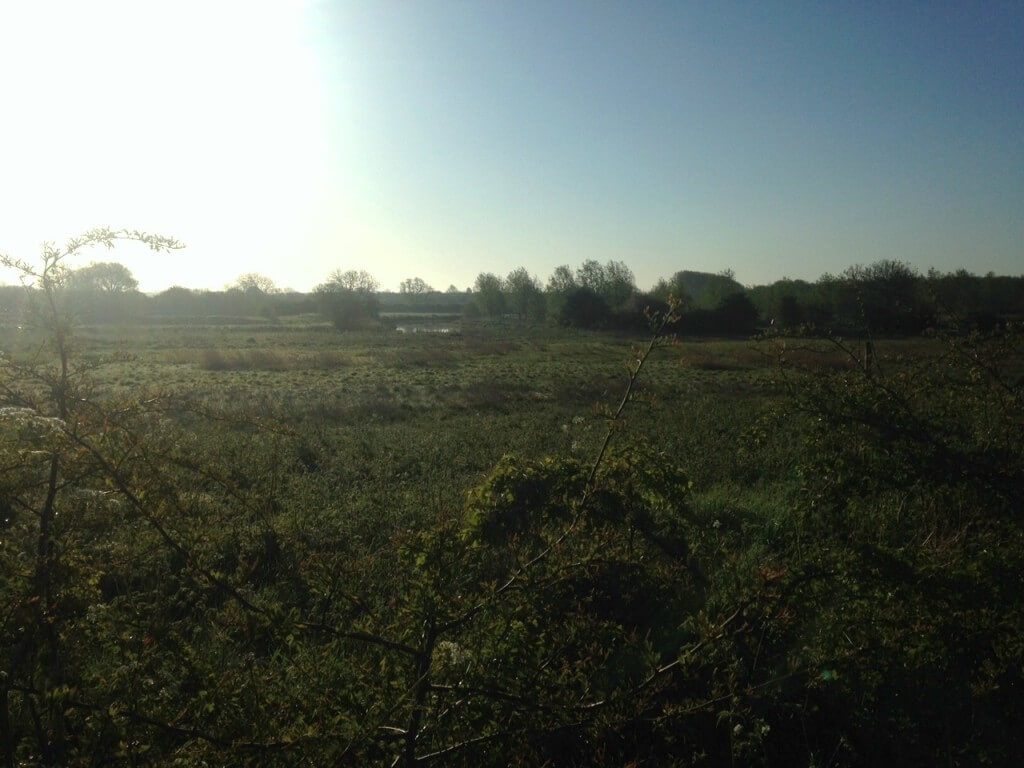 Yesterday morning was gorgeous – just perfect for carrying out the first visit to my second BBS square. It was sunny, still and the sky was mostly blue.  I felt alive and keen to see what birds were on offer.

I park in a village, in the same place every time, outside some rather attractive large, stone houses (with House Sparrows) and put on my wellies. A Swift flew over and although I had not started recording yet, this seemed a good omen. After a few minutes walk I started recording birds: House Sparrows, Starlings, Collared Doves, Jackdaws and a Song Thrush singing in the usual place.

The house with the cage birds which sometimes have puzzled me momentarily with their strange calls, no longer has cage birds. I missed being puzzled.

As I start the third section of transect I leave the village and am surrounded by fields: some arable but mostly pasture. Common Terns call from the River Nene below me. Whitethroats chatter from bushtops.  A Cuckoo sings in the distance.

There are singing Sedge Warblers on the fourth and fifth sections – as usual. Two Lesser Whitethroats fly along the path in front of me without calling or singing. A Moorhen calls, unseen.

A Rook flies over. A Hare runs by. 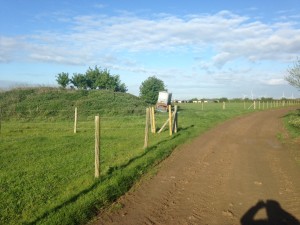 At the furthest point from my start there are three round barrows or tumuli. They don’t look anything special, but there is often a Whitethroat singing from an elder bush on the middle barrow – and there is on this sunny glad morning. In the distance, behind these c4000 year-old constructions there are some very distant wind turbines (the ones by the A14 near Kettering) and I’m struck by the mixture of old and new in the landscape. I can see more wind turbines, which weren’t erected when I first surveyed this square a few years ago.

I take the opportunity to look around and see oil seed rape fields which wouldn’t have been present 50 years ago and a field system that is, maybe 300 years old. The spire of my local church is on the horizon and has been for around seven centuries. This is England – I can see something that has been here for four thousand years and something that has been here for less than four years.

The birds I can see from this point are species that have largely been here for thousands of years and I wonder how many of each I would have seen had I had the luxury of being able to stand and look 50 years ago, a century ago, 500 or 4000 years ago.

Today, I’m pleased to see a tumbling Lapwing displaying over a field with plenty of bare soil. Two Red Kites drift through the air. Yellowhammers sing from the hedgerow and Skylarks sing over the fields. A Stock Dove flies past.

I wander back to the car, along the road, counting the last few birds:  a flock of Starlings, two Pied Wagtails, Wrens, House Sparrows,Linnets, Goldfinches, Chaffinches, Carrion Crows and Collared Doves.

As I take off my wellies a Swift flies over and this time I can count it.

It was an exhilarating morning. Not because the birds were spectacular or unusual but because the sun was shining and the birds were just normal. I felt glad to be out. Bird populations are quite conservative – they are pretty stable from year to year. The numbers go up a bit, or down a bit, but I saw no new species for the square even though I saw a good total of 42 in a couple of hours. they were all old friends – they were more or less what one would expect with just enough variation to make life interesting.  I was glad to have seen them.

And then I went off to vote for a change of government, which I was glad to do, but not confident that I would get what I feel I need. 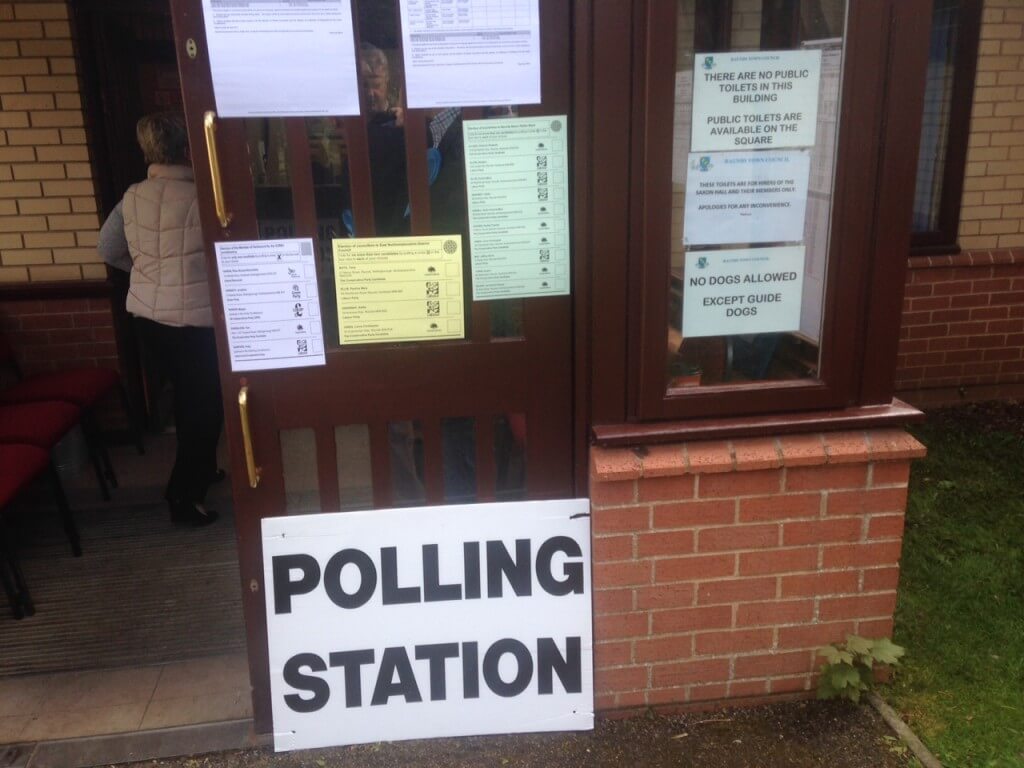