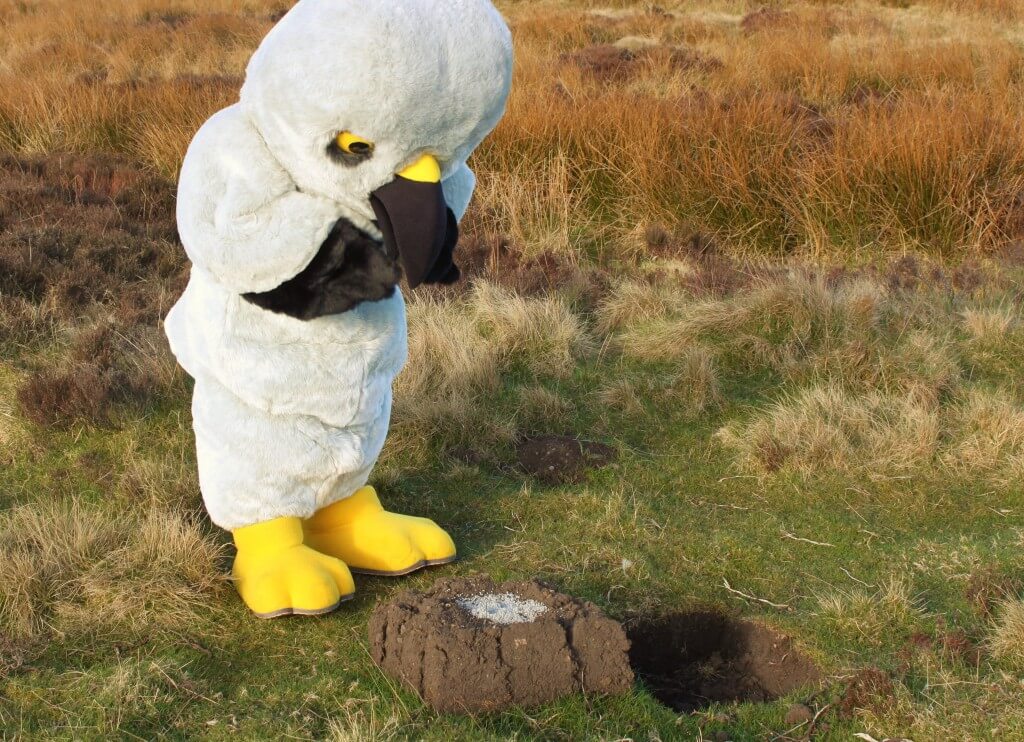 Henry looks puzzled. And well might he be puzzled.

Red Grouse shooting is often described as the shooting of ‘wild’ game – and it is certainly true that grouse, unlike pheasants, are not reared and released to bump up the numbers for shooting. However, a grouse moor is about as natural as a wheat field – it is burned and it has men in tweed employed to trap and shoot the parts of our wildlife that can be legally killed and that are regarded as ‘vermin’ on grouse moors – foxes, stoats and crows are the main enemies.

In addition, because Red Grouse are subject to disease, possibly especially when they are at ridiculously high densities, most grouse moors provide their wild Red Grouse with grit – yes, just little bits of rock (true grit!).  Henry is looking at a bit of true grit right now.  Some kind gamekeeper has dug up a turf, turned it over, and put some grit on it for the Red Grouse to eat – they are so wild you know!

What Henry can’t easily tell is whether this grit is medicated grit – does it have medicine added to attempt to rid the grouse of worms in their guts which lower survival and fecundity?  The chemicals used are pretty effective but you wouldn’t want to be eating too much of them which is why grouse moors must stop providing medicated grit after a certain date – so that none of the chemicals get into grouse meat served up in posh London restaurants.  A few of us thought of getting grouse samples collected and tested for these chemicals last year but it just cost too much and we ran out of time. Maybe some other time…

What’s the grit for anyway? If you ate heather, including some tough old stalks, you’d need something to help grind it down, wouldn’t you?

Often the grit is provided in plastic troughs, and they are often marked with sticks. You can often count well over 150 grit dispensers on a hillside at any one time – but the Red Grouse are completely wild remember?

So driven grouse shooting involves killing lots of natural predators, over-burning protected blanket bogs (not everybody does this), burning rectangular heather patches on the hillsides, feeding medicated grit to Red Grouse, bumping off protected birds of prey (not everybody does this), increasing greenhouse gas emissions, changing the chemistry of watercourses, reducing aquatic biodiversity and potentially increasing flood risk – all to provide incredibly high densities of one bird species so that they can be shot (with lead – a well-known poison).  That’s how natural it is. 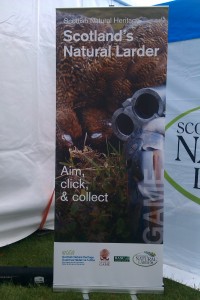 And so it was wonderful to see Scottish Unnatural Heritage supporting this land use at the Royal Highland Show recently. Is SuNH fit for purpose? 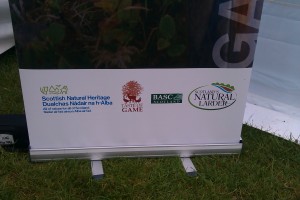