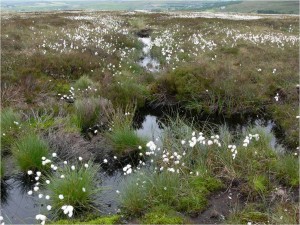 You may remember that I asked for information from NE about the West Pennine Moors (see here and here) some time ago. The delay in returning to this subject is not that NE were very tardy (just a little bit) about responding but that they sent me a piles of stuff and I have been  trying to find the time to go through it carefully (and to ‘phone a friend too).

The most interesting paper appears to be this one (which would probably be even more interesting if it weren’t very heavily redacted): Natural England Board Meeting: 49; Date: 28 January 2015; Paper no: NEB 49 13; Title: Designations Strategy and Delivery Pipeline; Sponsor: Tim Hill, Director Evidence and Chief Scientist.

5.1.1 Our Designations Programme Board has responsibility for driving integration in how we fulfil our designations commitments. The Board comprises an Executive Director and Director level representatives for each of the designations strands and has agreed terms of reference. It oversees implementation of our improvements programme (see below) and, as we move to more strategic planning, it has a role overseeing the pipeline and the programme delivery. To improve the governance, we are establishing a control mechanism, a Gate Zero, to offer the Natural England Leadership Group (NELG) greater insight and assurance around the population of the designations programme for the year from the pipeline of potential sites. (See section 7).

7.1 The most pressing priority is to complete the suite of specialist national reviews of the SSSI series to enable full implementation of a strategic approach to designation and populating an SSSI notification (and re-notification) pipeline. Some progress has been made, but until we have a clear and comprehensive picture of the gaps in representation across habitats and species in a geographic context, our efforts to move from tactical (ie designating in response to threat or opportunities) to strategic choices will be constrained. The outputs of the Series Reviews, both the individual pieces and a coherent picture of what it all adds up to across all habitats and species groups, is a vital piece of evidence in the context of the Conservation Strategy. It is needed to enable us to be more confident:
• about the role that designation needs to play in the future as one of a range of tools, deployed strategically as we seek a flexible future building on systems like the Ecosystem Approach;
• that we are identifying and choosing the right sites, containing the right habitats and species in the right places to safeguard the key nodes an ecological network that will be resilient in the face of climate change.

7.2 We are establishing an additional control mechanism, currently termed Gate Zero. And then there is a large section which is redacted (blanked out so that the taxpayer/customer/stakeholder cannot see what was written).

7.4 Implementing Gate Zero and managing the current programme of work: We will establish and embed Gate Zero over the coming months and plan to return to the Board in autumn 2015 with a Designations forward look that is informed by our Conservation Strategy and our evidence. In the meantime, however, we do have a body of sites already in hand worked up in accordance with our Designations Strategy and a statutory duty to fulfil. Our discretion in timing of some of these cases is very limited, and there are others where we have already invested heavily over several years. And then there is another large section which is redacted (blanked out so that the taxpayer/customer/stakeholder cannot see what was written).

7.8 The Board will wish to note that whilst we operate our pipeline according to a plan, from time to time we become aware of an imminent threat to a previously unrecognised valuable site. In such emergency instances, it can become necessary to ‘leapfrog’ a site into the notification programme, with the Board unsighted in advance.
7.9 A summary of all of the Designations activity currently underway is provided in Table 2 overleaf. We distinguish between minor pieces of work (e.g. ‘housekeeping’ activities) which represent trivial quantities of resources and more substantial pieces of work. Within the latter category, there is considerable variation in resource requirement; for example, simple, new SSSIs are likely to require 0.1 FTE contained with one financial year, whereas a major notification of a large site may take 1-2 FTE for 2-3 years.
7.10 The Designations Forward Look, sharing our latest understanding of the work we will be taking forward over the coming year, is provided for information at Annex D. As Gate Zero conversations get underway, further sites may be added to the programme. And then there is another large section which is redacted (blanked out so that the taxpayer/customer/stakeholder cannot see what was written). Table 2 has the sites redacted. Annex D has the last site in the SSSI terrestrial category redacted – its name is later in the alphabet than ‘Tees’ – it might well be West Pennine Moors.

Sounds very dull doesn’t it? And is almost incomprehensible to anyone not steeped in the bureaucracy that is Natural England these days.

Well, the summary at the end is a little bit more informative perhaps. The process for notifying an SSSI is as follows:

3. Case considered by NELG (Gate 0) for inclusion in Designations pipeline.

…and then there are another seven stages of the process. But what interests me, and has always interested me, is the insertion of this new Gate 0 which is ‘a control mechanism‘ which is there to offer ‘the Natural England Leadership Group (NELG) greater insight and assurance around the population of the designations programme for the year from the pipeline of potential sites.’  And the NELG get their say before the national experts get theirs. Hmmm.

The NELG role is to consider each case for notification to see whether it should, or should not, be included in the designations pipeline. This is new. We’ve never needed Gate 0 before, we’ve never had Gate 0 before, it’s a step where the more senior political bits of NE have their say before the scientific bits of NE. Smells a bit to me. Maybe the redacted passages would have explained it much better and more clearly – perhaps they would have reassured me, but then again, perhaps they wouldn’t.

How might the NELG gain their ‘assurance’ around the sites entering the pipeline, such as, we all hope, the West Pennine Moors? Might they decide, as I’ve always feared, that they aren’t terribly keen that sites which are in unfavourable condition, and which might well stay in that category, do not adversely affect the chances that NE and government meets its 2020 goals of 50% of SSSI being in Favourable Condition whilst maintaining 95% in favourable/unfavourable recovering condition as set out in Outcome 1a of the Environment Biodiversity strategy? In other words, might the political grouping of the NELG have different criteria from the scientists involved in checking which sites should be notified? Might the West Pennine Moors be an awkward one to include?

controlling what? The number of sites which satisfy the scientific criteria for notification which get notified?

Gate 0 is now, all of a sudden, the third part of a 13-part process.  Looks very dodgy to me.  I’ll be asking a lawyer to look at this. And so too, should NE Board members such as Andy Clements, Simon Lyster and others. I’d be reassured if they said they knew all about this and there was nothing dodgy going on – but I’d still like a lawyer to look at it.

Because of the redactions, and because of the ghastly version of English used in this paper, it is quite difficult to be sure of what Gate 0 is, but it is absolutely clear that you don’t need a gate which is always left open.  When will Gate 0 swing shut?

18 Replies to “Gate zero and the West Pennine Moors”