Skip to content
I spent a few minutes yesterday responding to the BBC consultation over their charter renewal – this is a good place to do that.

I like and admire the BBC though it has irritated me a bit over how it has treated the Jeremy Corbyn election and the decline of its serious coverage of environment and wildlife issues. Countryfile is not usually worth watching (certainly not for the few good bits), Farming Today is highly biased (with Anna Hill being particularly mindlessly pro-farmer to the exclusion of every other interest, in my humble opinion) and the Today programme rarely does the environment justice and certainly never gives an environment minister a hard time.

But it was a question about universality (yuk!) that made me wander off in uffish thought.  What are the universals that the BBC should deal with?  Well, obviously, they should get some decent jumps racing back on the BBC! 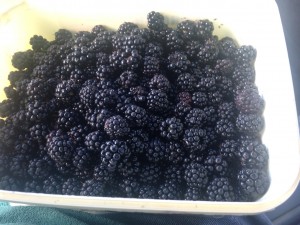 But more seriously, how about the passing of the seasons as a potential subject? We get the weather several times a day on TV and radio but there is no update on the seasons otherwise. Why are we not told when the first snowdrops flower in Kent (and when they are expected further north?). Why is there not a blackberry and sloe report (a good year for both in this neck of the woods (well, hedgerows anyway))?  How about a report on the lateness of the harvest or its size as we travel through late July and August?  First Swallow and Cuckoo and Swift?  And first Redwing and Pinkfoot too?

I mean this semi-seriously.

I really dislike the fact that we are told the state of the FTSE index several times a day (and its Wall St equivalent too) when the relevance of this to my day is practically zero unless it has zoomed up or down dramatically – in which case mention in the news, if it is newsworthy. There is almost no-one who needs to know the level of the FTSE so often – and those that have such a need can very easily look it up! Leave it out, please. I’d rather know when Spotted Flycatchers are first seen.

And again, I do mean semi-seriously, that the goings on in the countryside, the real world of biology  rather than the pretend world of money, ought to be of universal interest to a much greater extent than the spasms in a man-made index that measures the short-term fears and hopes of a bunch of traders.

The size of the cod catch, the price of milk to farmers, the timber market, the Chicago wheat price and the population index of the Skylark ought to be things that we are told.

What is news these days? Whether a man wears a tie or whether wheat yields and prices are high?

I wonder what sort of year it is for conkers?