A couple of weeks ago I suggested that you remember this quote from the chief executive of the Countryside Alliance, Tim Bonner, ‘There is very little clear, peer-reviewed evidence, of any problem to human health and the environment from lead ammunition that can’t be solved with clear advice on things such as how to butcher game meat properly.’

The quote is interesting (only a bit) because it represented a shift of position by the CA to admitting that there is a problem with lead but claiming that it can be solved by proper butchering.  Lead in game meat does provide a human health problem, we already know that, and there is more evidence coming along to strengthen that already strong position – watch this space.

Proper butchering of game meat can reduce lead levels: it’s a good idea to remove meat within about 30cm of the bullet trajectory in deer. Bit tricky to go for a 30cm removal of meat in a partridge, Red Grouse or Pheasant eh?  I never thought I would hear the boss of the Countryside Alliance promoting the vegetarian option! 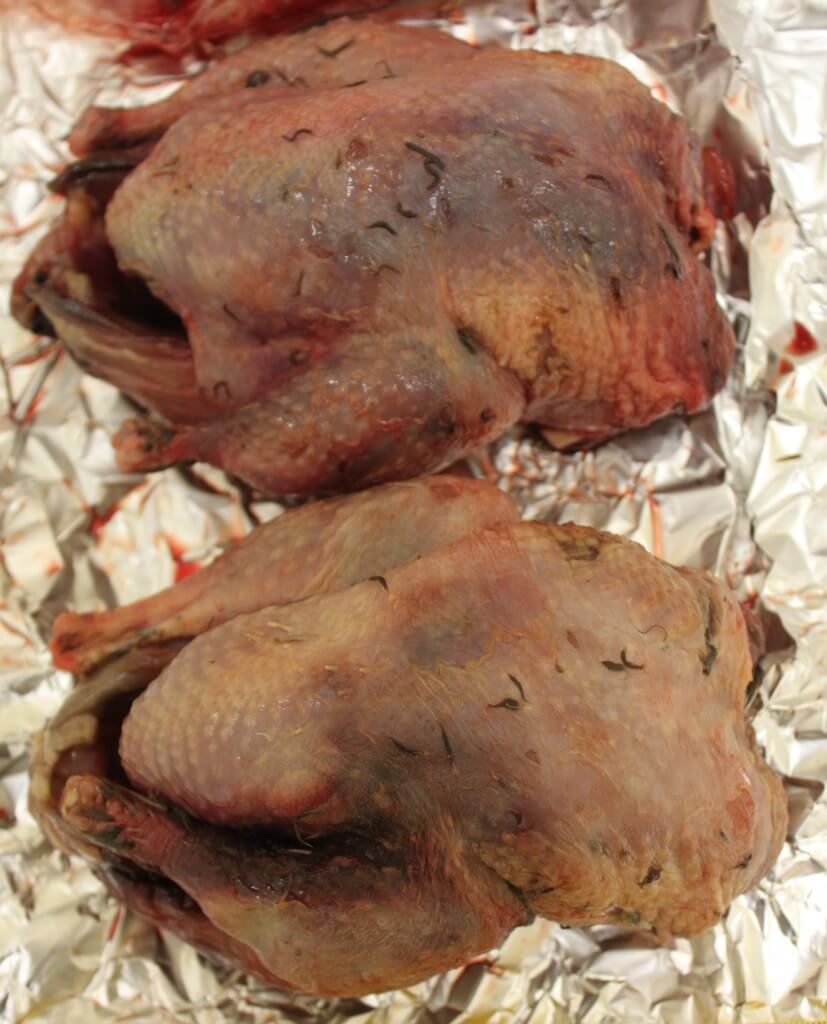 I can’t remember which is which, but one of these partridges has five lead shot in it, and the other has six individual shot. Can you see the entry holes? And even if you can, do you know which direction the shot went? And how far?  And then, of course, we aren’t trying to remove the shot themselves – because we assume that they will be removed by us spitting them out – it’s the tiny shards and fragments of lead spread through the carcasse that cause the high average lead levels. How, pray , do you butcher them out?

I think Tim Bonner is talking out of his… 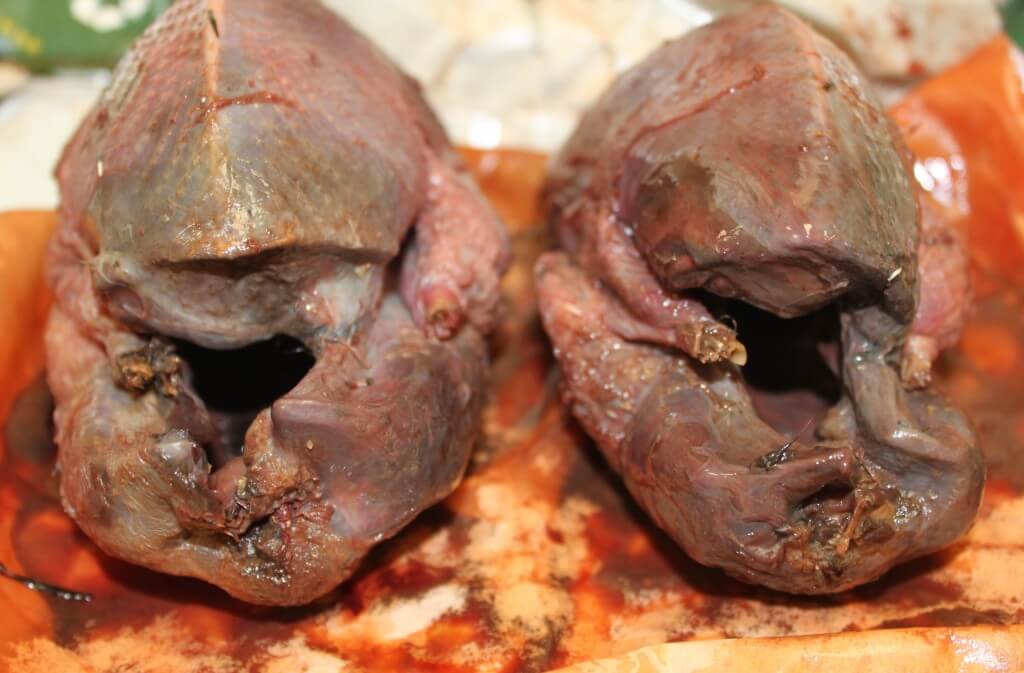