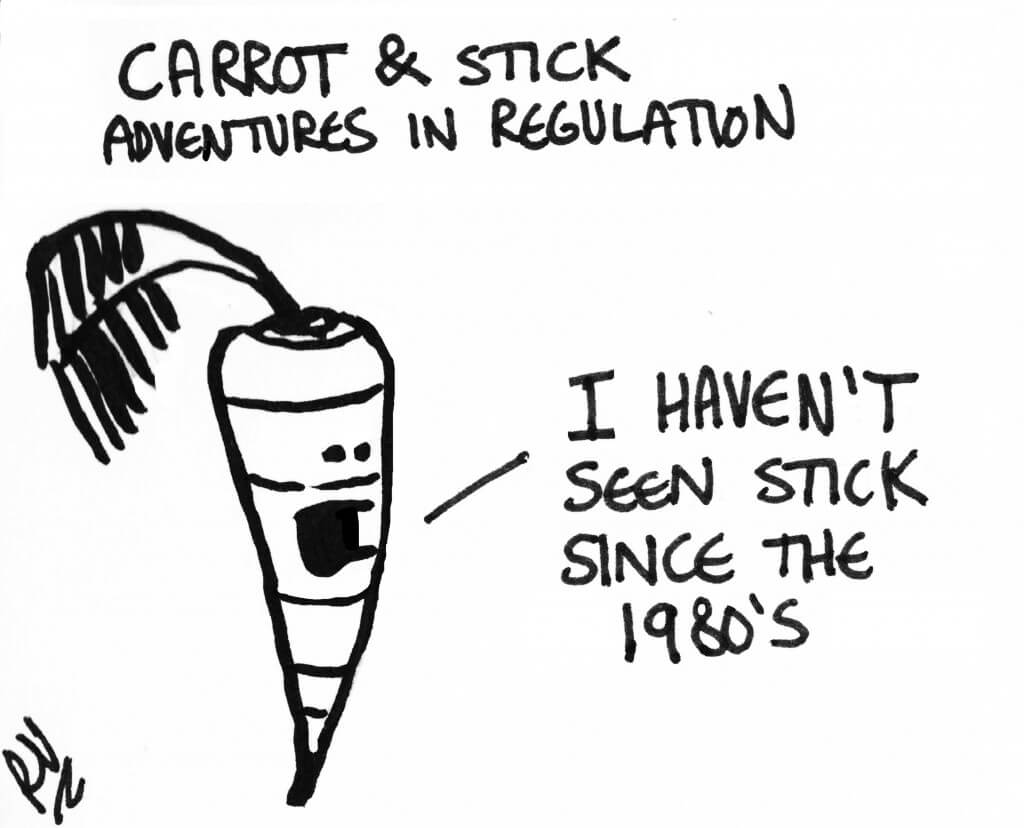 The RSPB (authors Donal McCarthy and Paul Morling) has done a piece of analysis that is rather novel and very interesting. It also conforms to my beliefs of how the world works, so I like it.

Using regulation as a last resort? Assessing the performance of voluntary approaches does just that. It examines UK, EU and farther-flung voluntary agreements (mostly by industry) to do good things and assesses whether or not they have worked according to what they said they would do, and what needed to be done. The message is that they usually fall short, often a long way short.  And so, in this case, a volunteer isn’t worth even as much as one pressed man, often a lot less.

Industry tends to be keen on offering voluntary initiatives because it knows that this is a way of avoiding regulation, or at least putting it off for a few years. And a voluntary initiative, by definition can’t be enforced, and so industry is usually praised for ‘trying’ and ‘achieving something’ rather than told off for failing. Would you put VW in charge of a voluntary agreement to reduce poisonous exhaust emissions? Not now, but you might have done before you discovered that it was cheating on regulation. 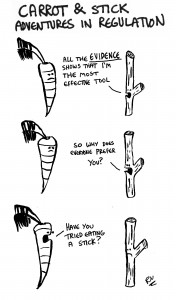 Governments, all governments but particularly right of centre governments, like voluntary initiatives because they look like progress, and they require little government action, and they can always (politicians tell the world and themselves) be followed by swingeing regulatory measures if the voluntary measures fail. The last Labour government weakly caved in to the NFU and supported the Campaign for the Farmed Environment instead of doing what it had promised, and bringing in measures to replace the environmental (although largely unplanned) benefits of set-aside. At the time, Hilary Benn (a lovely man) promised to follow up with regulation if the CFE failed, but he knew, as did we all, that the chances of Labour being in ‘power’ after 2010 were slim, and so he would never have to make that decision. Farmer and minister Jim Paice quickly said that he wasn’t going to do any such thing and that farmers had all done very well. An opportunity missed thanks to weakness by Defra and cleverness by the NFU – but the farmland bird index continues to fall (see this morning’s blog) when we have all the information needed to make it fly higher (see tomorrow morning’s blog).

The CFE is one of the many case studies examined in this report. And they aren’t all environmental by any means – you can read about the Sunbed Code, the Prompt Payment Code and British Beer and Pub Association’s Framework Code of Practice, amongst many others.

Even where take up is high and targets are met (eg the Chemical Industry Association Agreement) the targets were set too low – making them easy to achieve and everyone joined in!

The environmental voluntary agreements have a poor record – the CFE (fail!), the Voluntary initiative (on pesticides) (fail!), the Peat Reduction Target (utter fail!) the Renewable Transport Fuel Obligation (utter fail!) etc.  And yet, mark my words, there will be another one coming along some time soon, with some chirpy minister expressing his or her complete confidence in the industry to deliver the goods, and some words on how much better it is for people to act on their own rather than when forced to do so. They may throw in some uplifting words on how the ingenuity of the private sector will surpass all expectations because these are the go-getting entrepreneurs who make Britain great, and then the scheme will fail because everyone got what they wanted by getting a breathing space rather than tackling the problem.

Governments are elected to make decisions and they should do so. That’s what they are for. Where there are competing interests between the public good and private profit then governments should act on behalf of the people (all the people, not just their mates).  Too often, voluntary initiatives are seen as an escape route from action.  On the basis of this report, any politician offered a voluntary initiative by industry should start with the assumption that it will fail badly and act accordingly. 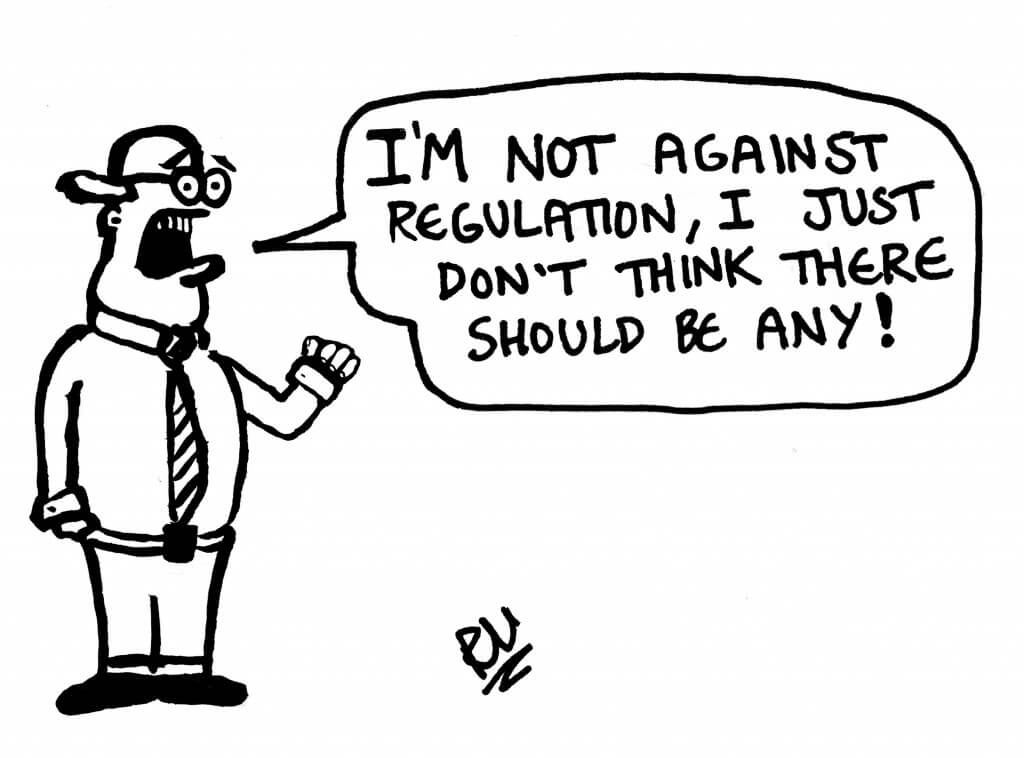 7 Replies to “A volunteer isn’t worth ten pressed men”