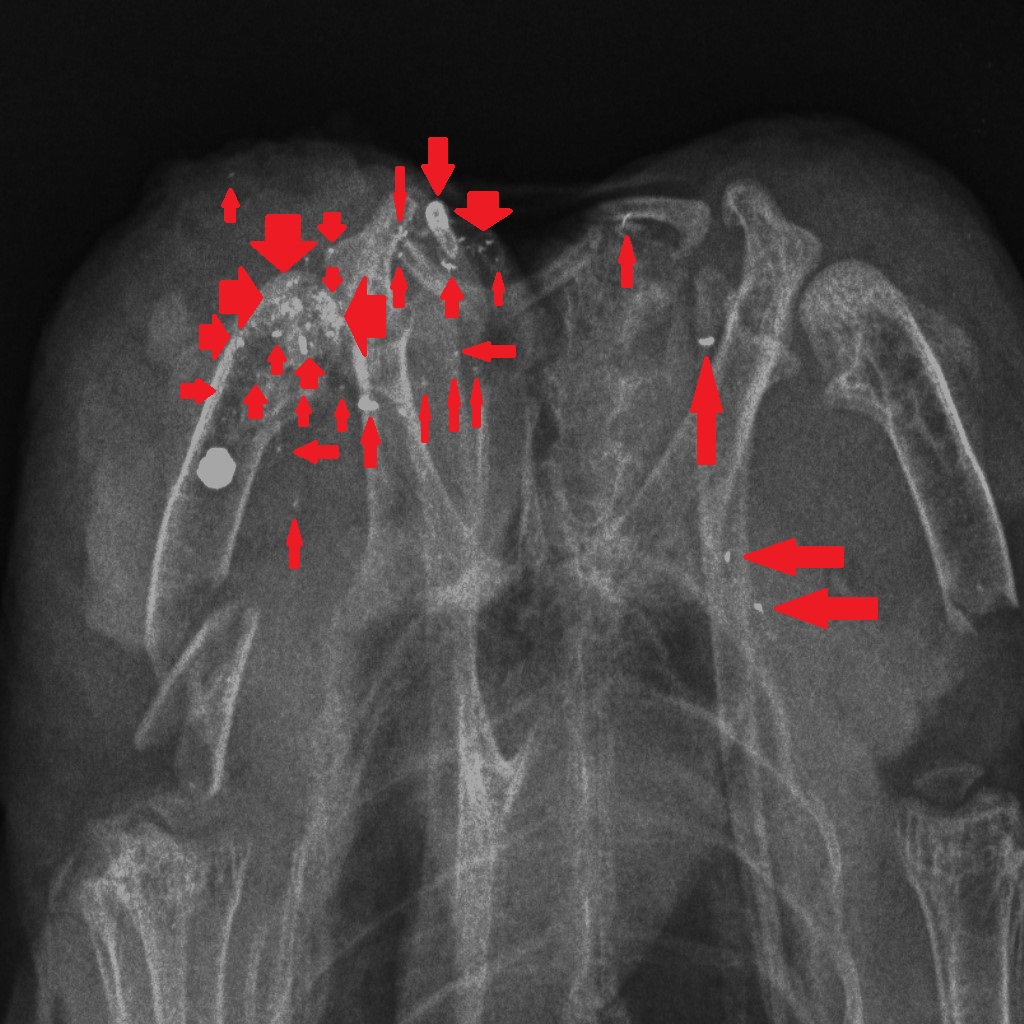 In a typical act of generosity, grouse moors are donating excess carcasses of lead-shot Red Grouse to the poor and elderly. The science shows that the average lead-shot Red Grouse has lead levels that are higher than would be legal in other meats. Lead is a poison for which there is no harmless level for ingestion.  The photo above shows the tiny fragments of lead that spread through the carcass of a Red Grouse shot with lead shot (and one large, largely intact, shot).

Giving away unwanted carcasses is another example of the generosity of the grouse moor owners, should we need to see one. Ian Gregory (yes, he of YFTB – funded by the British grouse industry), the spokesperson for Game Share said ‘We want to make this part of game shooting culture.  We are trying to add the good cause to the good meal so that people see the social responsibility.’.  Apparently, other game will be added to this initiative in time.  Opinions differ as to the social responsibility of driven grouse shooting – some would call it Inglorious.

London restaurants which can charge upwards of £25 for a Red Grouse meal are said to be absolutely thrilled.

As a benchmark, the Food Standards Agency (in the minutes of the Lead Ammunition Group meetings) regard two meals of lead-shot game per year as being the order of intake that won’t have much impact on overall exposure to lead; ‘From estimates of dietary exposure, occasional consumption of lead-shot game birds (about twice a year), or monthly consumption of lead-shot venison will have a minimal effect on overall exposure to lead‘.  No doubt Game Share pass on this advice to the lucky recipients of the high-lead meat.

More details on the impacts of lead from ammunition on wildlife and human health can be found in the recently published Oxford Lead Symposium.

No doubt Fareshare, the recipients of the grouse meat, will have been pointed towards the 2008 conference proceedings organised by the Peregrine Fund which looked at venison donations in the USA and Canada. I understand that it is not legal to sell venison in the USA and so all deer killed are buried (seems a waste to me), consumed by the hunters themselves or donated to others.  Across the USA deer were donated to community action food programmes – which seems a very good idea. However, the realisation that lead levels can be high in lead-shot venison, (and are generally higher in small game such as grouse, partridge and pheasant) led US health experts to conclude that there was a previously unrecognised threat to human health from donation of lead-contaminated venison. It’s good that Game Share has learned ‘so much’ from the distant experience of the USA and Canada. [See also HUNT, W.G., R.T. WATSON, J.L. OAKS, C.N. PARISH, K.K. BURNHAM, R.L. TUCKER, J.R. BELTHOFF, AND G.HART. 2009. Lead bullet fragments in venison from rifle-killed deer: potential for human dietary exposure. ‘We conclude that people risk exposure to lead from bullet fragments when they eat venison from deer killed with standard lead-based rifle bullets and processed under normal procedures. At risk in the U.S. are some ten million hunters, their families, and low-income beneficiaries of venison donations.’].

It has long been an argument of the grouse shooting lobby that people should be free to choose what they eat and I’d just note that this does not apply to recipients of donated lead-shot game and that there is a responsibility on the donors of such meat to inform the recipients of any health risks and to ensure that donations do not lead to high levels of lead ingestion.  From the reporting of this well-meaning initiative it is not clear that the grouse shooters’ ‘Spread the Lead‘ initiative is informing the recipients of the donated meat of its lead content.

Exposure to high dietary lead levels from eating game meat was once the risk run mainly by shooters and the families of gamekeepers, but at a stroke, the ‘Spread the Lead‘ initiative has brought game meat with high lead levels into the lives of the old and poor – we’re all in it together.

There is a very simple solution to this problem – switch to non-toxic ammunition. You can help persuade government of this by signing Rob Sheldon’s e-petition to ban toxic ammunition and require shooters to use non-toxic alternative. In one stroke that would transform Game Share from a dodgy pr initiative into a social initiative of some value.  We should still ban driven grouse shooting but if they weren’t using lead ammunition to shoot into food then that would be one less argument against grouse shooting.

Meanwhile, in a laboratory far far away, packs of grouse meat purchased at Iceland stores earlier this year are being tested for their lead levels. Watch this space. 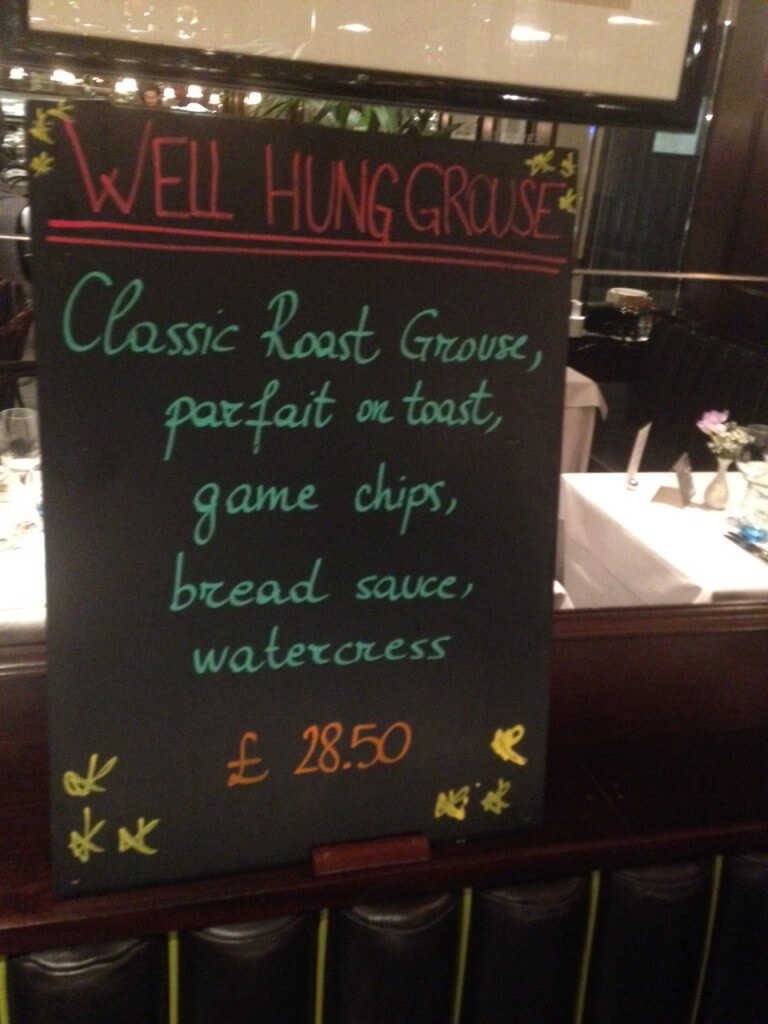