It wouldn’t surprise me if Defra made a shockingly bad decision and failed to reduce the environmental risks of lead ammunition – they have been subject to energetic lobbying from the shooting industry and rather limp pleas from the two environmental NGOs who should be making the running (WWT and RSPB). It is clear that Defra is between a rock and a soft place.

But we will have to see – and you can put pressure on Liz Truss and Defra to do the right thing by signing Rob Sheldon’s e-petition to ban toxic lead ammunition.

Defra does not have an impressive reputation for using science to guide its policies (just think Badgers and neonicotinoids (oh yes, and Hen Harriers)) but I find it shocking how it is suppressing the publication of the evidence showing harmful impacts of lead ammunition that it has had in its hands since the report of the LAG was presented to Defra in early June 2015 (more than eight months ago).

In fact, we can see that Defra have known of the harmful effects of lead ammunition on human health for longer than eight months: the risk assessments on human and wildlife health were completed in 2014 (eg see here for the minutes of a meeting when a senior Defra civil servant was present).

There is no excuse for the continued suppression of these reviews, compiled by a group of experts.  Why is Defra keeping this science secret? We know that on the basis of the science the report of the LAG states, amongst other things, that ‘There is no convincing evidence on which to conclude that other options, short of replacement of lead ammunition, will address known risks to human health,especially child health‘. 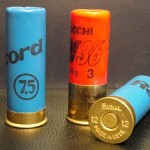 Liz Truss – publish the evidence on harmful impacts of lead ammunition use now! You are withholding information that can inform individual’s decisions on their use of lead ammunition, their purchasing decisions and indeed their decisions about what food to sell to the public.  However late and bizarre your own decision might turn out to be (but let’s hope you will do the right thing) there is no excuse for keeping the science a secret.

Publish the LAG report including its risk assessments now.

And the chair of the LAG ought to be considering publishing the report himself since there is no sign that Defra intends to do so.

15 Replies to “Liz Truss – why are you suppressing the scientific evidence on lead?”