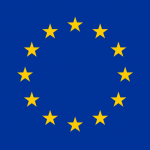 Tomorrow we will find out whether farmers, in the shape of the NFU, are completely bonkers?

As has been rehearsed here already, some Brexiteers, including my MP, seem to think that we would continue to pay farmers lots of money just because we are in thrall to them, if we left the EU.

This scenario was replayed on the World this Weekend this lunchtime, after David Cameron has written to landowners (he has all their addresses in his phone) and ahead of the NFU deciding what it’s line will be on the EU referendum.

George Eustice, the longest serving Defra minister, and the least well known, is the only Defra minister in favour of Brexit and this might be because he doesn’t really seem to understand what would happen if the UK left the EU as far as farming is concerned.

Why would the UK taxpayer continue to give money to farmers just because they are farmers, and in similar amounts to those at the moment, at a time when almost every other area of public expenditure is under increased scrutiny?  The last thing the farming community wants to have to do is to justify why we all give them so much money without many strings attached. You wait for the guffaws if a farmer complains at having to fill in some forms to get £30,000 of public subsidy!  Nice work if you can get it.

Anyone looking for a campaign could do worse than start thinking about how to persuade the public to cut farming subsidies, and increase the strings attached to the payments, if we leave the EU.  Surely even the NFU might realise that?

Well, tomorrow we will see whether the NFU is going to vote for Christmas or not.

25 Replies to “Are farmers bonkers?”