My MP is keen that we should vote to leave the EU. He replied to me in a letter ‘This means that we currently send £50 million a day to the European union. If the UK was not in the EU, we could spend this money on farming and our public services, as we see fit, rather than unelected Brussels bureaucrats.‘

But the idea that we would spend more of ‘our’ money on farming is a very odd one.

I was talking to another of Mr Pursglove’s constituents a while ago – a farmer – who told me that he would definitely be voting to Remain in the EU and not to Leave. His reason? ‘I don’t trust British governments but I know the French and German governments will be fighting for farmers in the EU even if the UK might not.‘.

He’s right. if the UK left the EU I’m sure that we would see a rapid and inexorable erosion of farm payments as the urban voters asked for their money back.

It’s easy for farming to hide behind the EU at the moment, and easy for the UK government too – but we basically have a system where rich and poor townies transfer money to rich and poor farmers, and there aren’t many farmers in the electorate, and there are more poor people than rich people, and so if we put it to the vote then the poor townies outvote the rich and poor farmers (and it’s so foolish of ‘real country people’ to slag off the ‘townies’ who pay their single farm payments).  If farmers were the least bit serious about leaving the EU then they ought to start sucking up to the rest of us right now – we hold the purse strings Mr Pursglove.

We could do many brilliant things if we left the EU – but I’m betting on the fact that we wouldn’t – instead George Osborne, Owen Paterson, Michael Gove and Boris Johnson would do some foolish things. 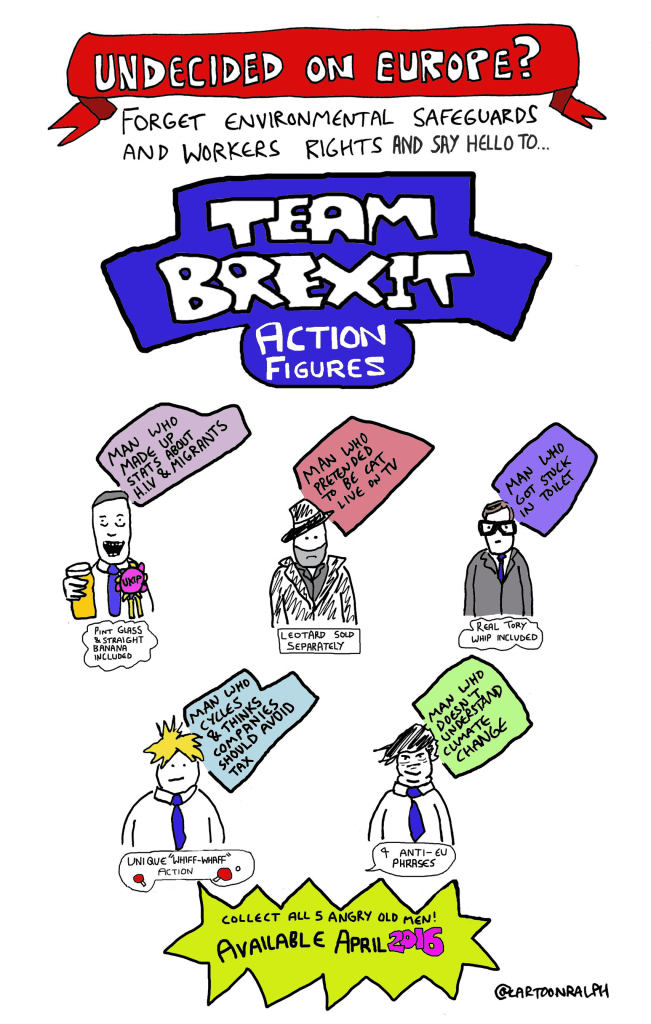