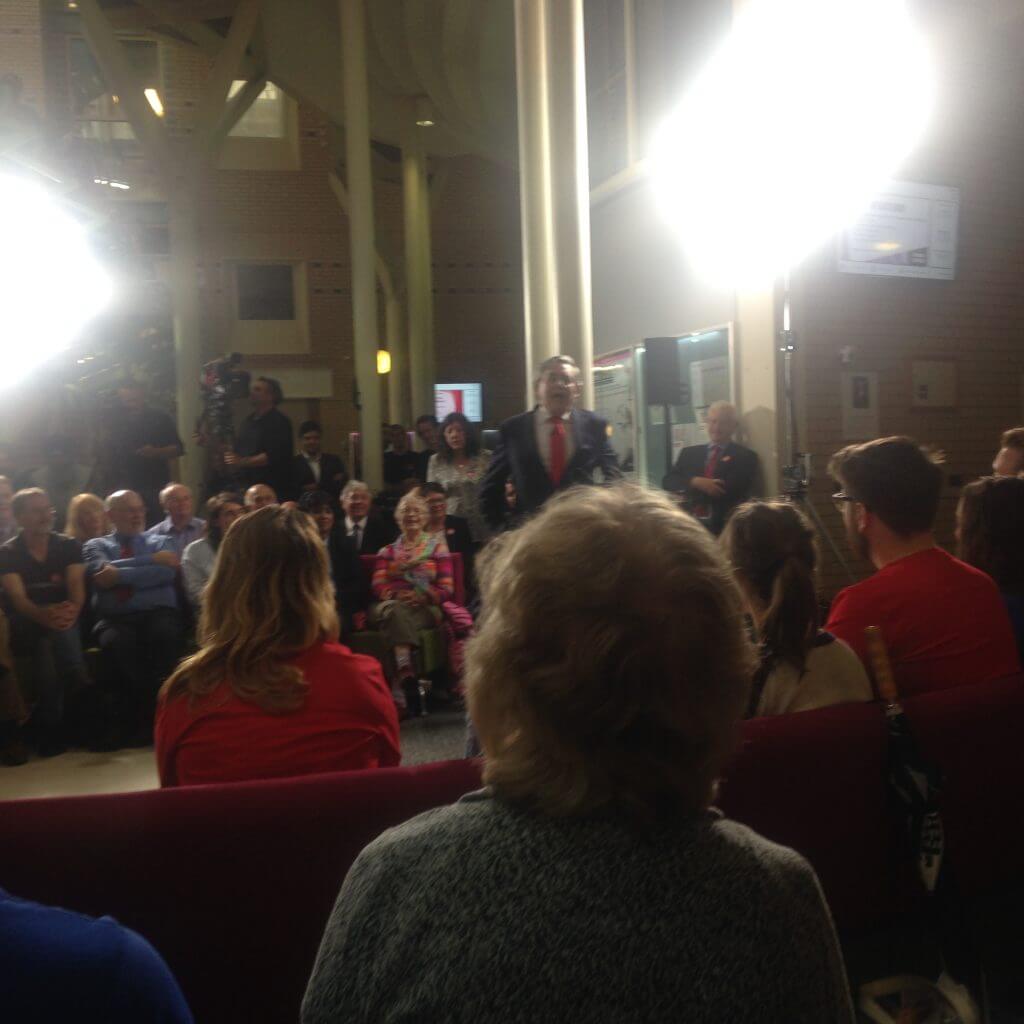 Yesterday I went to hear Gordon Brown talk in Leicester as a part of the Labour In campaign. I’m glad I did.

You might think that Gordon Brown is a bit of a miserable guy, grumpy and lacking in humour – well, I’m sure he can be, but yesterday he sparkled. Maybe it’s the freedom that comes from being an ex-PM that makes him look rather happy these days.

I notice that a tired old Guardian journalist (well actually I don’t know his age or his state of physical well-being) with whom I shared a train back to Kettering (in my case, he, of course was rushing back to the safety of London) reckoned that Gordon wasn’t firing on all cylinders but that’s not what the audience thought. Sure, if you’ve heard Gordon speak scores of times before (as a toGj) then you might just have heard some of the stories before (blimey – if you’ve heard me talk about grouse shooting then you might hear the same lines over and over again, and please sign this e-petition to ban driven grouse shooting) but for most of the people there it was a treat.

The speech did major on the fact that the world is a dangerous and difficult place and that being together, working together, internationally and regardless of creed, colour, gender, sexual persuasion, was vital, and that voting #Brexit made that far more difficult.  The audience lapped it up in multicultural Leicester, and yes, the line about the importance of staying in Europe for Leicester City FC was a very good one actually.

The argument that the EU has set a floor for workers’ rights and environmental standards was well made. The importance of working within the EU to tackle climate change was a good nod towards the environmental agenda – can you imagine where a post-Brexit Tory climate-sceptic English government would take us?  And the idea that the North Sea could be a source of shared EU renewable energy if we work together was very well made, and is absolutely relevant as other EU countries (and Norway) signed an agreement on this last week but the UK was absent.

The media just wanted to ask about immigration, and Leicester is a strange place to do that.  Person after person stressed the fact that Leicester was a city working together across all boundaries.  But it is an interesting question – if you have to be borderline-racist and xenophobic to win a #Remain vote do those ends justify those means?

There is no doubt that Gordon Brown is the finest Labour ex-PM alive – though that isn’t difficult, it is only a two-horse race. 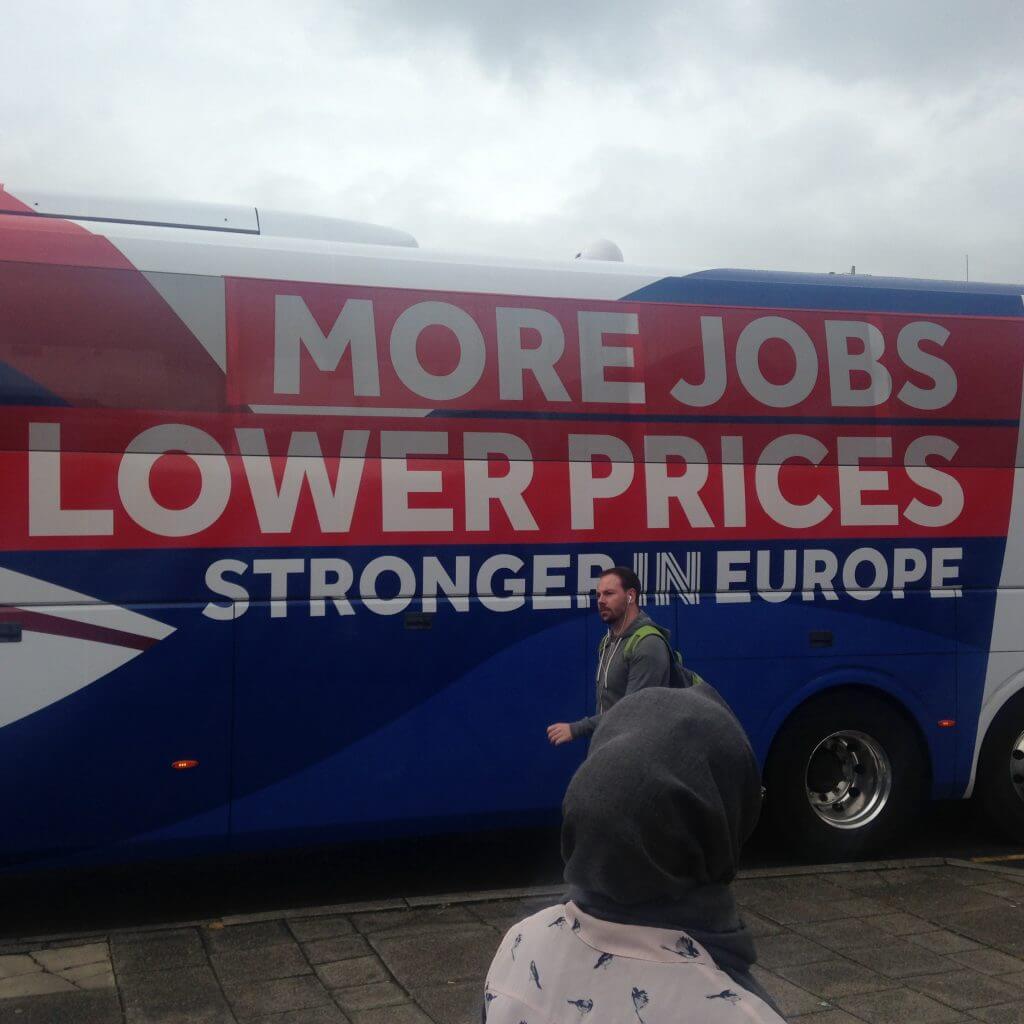