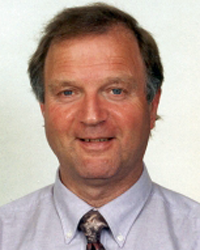 Tim O’Riordan is emeritus Professor of Environmental Sciences at the University of East Anglia. He is President of the Norfolk Branch of the Council for the Protection of Rural England, and co-chair of Colney Parish.

The threatened Yare Valley on the western margin of Norwich

The valley of the River Yare situated on the western flanks of Norwich, divides the city from the university development on the east and the research and hospital facilities on the west.

This is an idyllic valley, prone to increasing but episodic flooding and much used by walkers, cyclists, and dog lovers, as well as by lots of wildlife. It is a county wildlife site harbouring over 5500 recorded species of birds, bats, insects, and plants.

Above all it is a haven of peace and tranquillity for the many who simply enjoy open space and a slice of a decent natural setting.

The Norwich Rugby Club has been offered vast amounts of cash for the sale of its site to the north west of Norwich. Searching around for an alternative location, it forged an alliance with the Sportspark of the University of East Anglia (UEA) to establish an all-weather flood lit rugby pitch, plus some 25 other pitches, a two storied function building, as well as over 300 additional car-parking spaces.

All of this is right in the middle of the Yare Valley. It will destroy the view and open the area to cars and general disturbance, creating an urbanised extension in this critical open space.

The local council South Norfolk has agreed a Local Plan which protects such landscapes as well as seeking to maintain and enhance biodiversity where possible.

In this case it is breaching its own rules, while the UEA is countermanding its commitment to reducing overall carbon dioxide emissions from its properties and activities.

These are two breaches of promises in the same application, yet without protest the proposal will probably receive approval from South Norfolk, which is due to consider the scheme on 12 October.

Here is a website for adding your protest for lots of concern and anger over both the loss of this special valley as well as the scope for alternative locations for rugby playing (not least in the NW of Norwich where the need is greatest). Because protest is what local planning authorities have to listen to.