This is Ian’s first blog here but you can read all of his subsequent ones in the Guest Blog Archive – click here.

Are you Tree-blind?  That may seem like a silly question, but I think it is a condition that afflicts many conservationists and wildlife enthusiasts.  Don’t get me wrong, I know that trees are highly valued by probably all of you reading this blog, and I am well aware you will correctly recognise that they are vital parts of our ecosystems.  The thing is, can you identify them?  Do you know your Sessile Oak from your Pendunculate Oak, can you recognise a Silver Birch from a Downy Birch?

All four species are native to Britain and all are very common, but my experience of working in the wildlife industry has shown me that many people, even ‘conservation professionals’ don’t know the difference between them.  We wouldn’t dream of confusing a Great Tit with a Blue Tit, but we are forever calling Downy Birch Silver Birch.

The topic of tree-blindness was highlighted earlier this year, when I was, like several million other people, watching Springwatch.  Now Springwatch is a great program and has done a lot to make the general public so much more aware of the brilliant wildlife that this country has.  That’s a good thing and one that I wholeheartedly support.  But, sadly, it too exhibits the symptoms of Tree-blindness.  One of the presenters, I won’t embarrass them, was stood talking about heathland when they referred to the trees behind them as ‘firs’.  The trees weren’t members of the Fir family, they were members of the Pine family, infact they were Scots Pine.  Now many of you are probably thinking that I am just being pedantic (I often am it has to be said!) and that I am just splitting hairs.  But Pines are very different from Firs, what would you say if the same presenter had been talking about the scrapes at Minsmere and had referred to an Avocet as a Gull?  Because that is kind of what they did.  You wouldn’t expect that sort of mistake to happen with birds, mammals, reptiles, even fish, but when it happens with trees, no one seems to notice.

The thing is, Britain is packed full of brilliant trees, trees we should all get to know.  Did you know Britain has it’s very own endemic species, found nowhere else on the planet?  Didn’t think so.  For some reason our wildlife organisations and wildlife programs just never mention them. They are tree-blind.  All across Britain we have endemic Whitebeam species, there are dozens of them, we have Devon Whitebeam, through to Lancastrian Whitebeam and on to Arran Whitebeam just to name three.  Their biology is complicated, but they have all evolved to fill local niches and therefore only occupy small localised areas, sometimes just one valley.  They are found nowhere else on the planet.

Can you imagine the fuss that would be made if your area was the only place on the planet to see a species of bird or butterfly or orchid?  It would rightly be celebrated by all, programs would be made about it, people would flock to see it from all around.  But for our native endemic Whitebeams not a squeak is heard.  My favourite tree in the world is the brilliantly named No Parking Whitebeam, it is one of our endemics and is found growing in one small area of North Devon.  There are just over 100 of them growing in the entire world, and my favourite one is growing right on the edge of a car parking space alongside the main road.  This isn’t a tree that that you have to go trekking miles to see, you can just park up, get out of your car and there it is in all its glory. 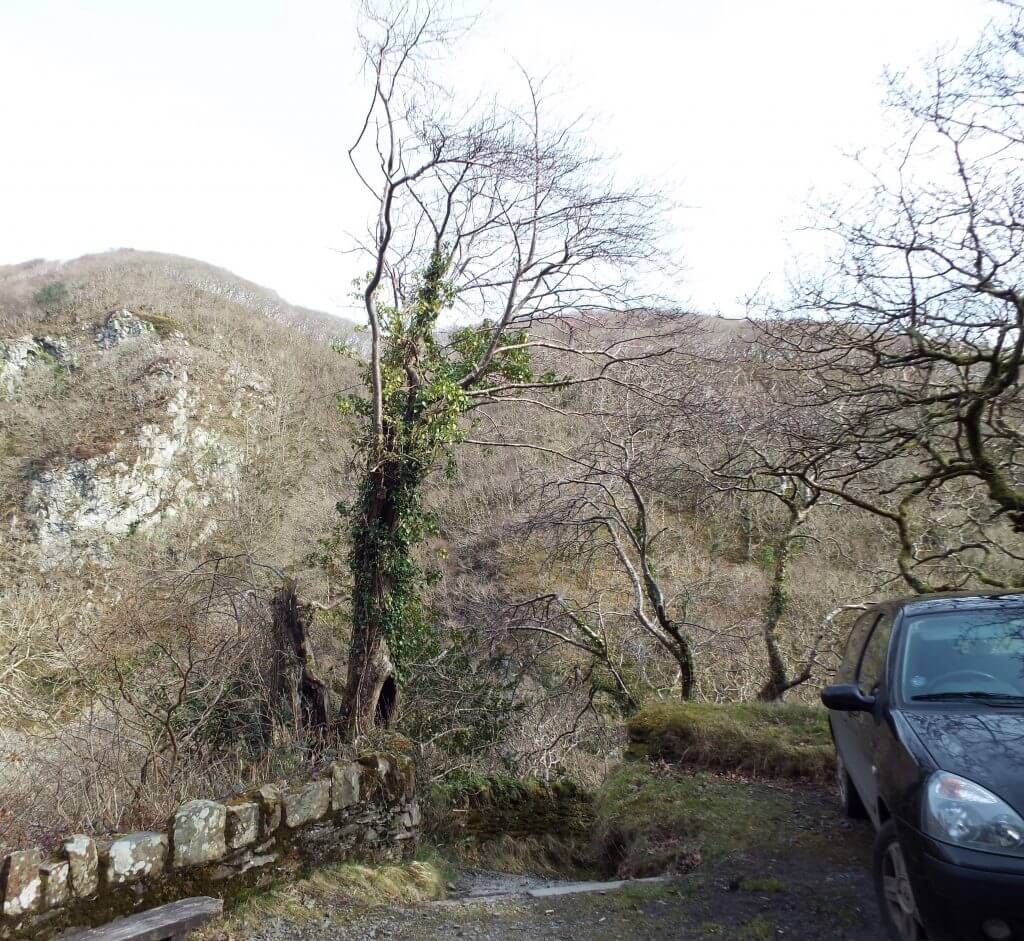 There is no sign, no placard to tell you that you are looking at something really special. No real surprise I suppose, until you consider that the land that the tree is on, in fact all the No Parking Whitebeams in the entire world are on the same estate, belongs to the National Trust, a conservation organisation.  Worse still, the car park is used by their visitors to visit the property itself, the path leads right by the tree.  Hundreds, thousands of people walk right by it and yet there is nothing to introduce this fabulously rare tree to any of them.  I don’t want to single out the National Trust as they do a very good job, but I do find it very hard to understand why they aren’t celebrating something that no other land owner in the world can celebrate.

Trees are brilliant, they are special and we in Britain have some really unique ones that need our protection, they are irreplaceable.  We can’t protect them if we are tree-blind though, so shrug off the blinkers and get to know our trees.  Learn to spot a Downy Birch, it is really easy.  Oh, and if Springwatch are wondering what British wildlife to cover next series, why not start with some of our unique endemic trees, surely they deserve the recognition.