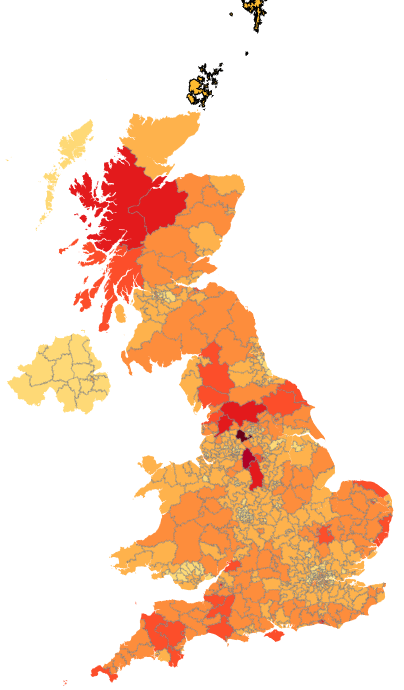 It won’t come as a surprise to regular readers of this blog that the strongest support for our e-petition for banning driven grouse shooting came from rural constituencies. We’ve known this for ages!!

Just looking at England, for example, rural constituencies give stronger support for our e-petition than do urban ones: 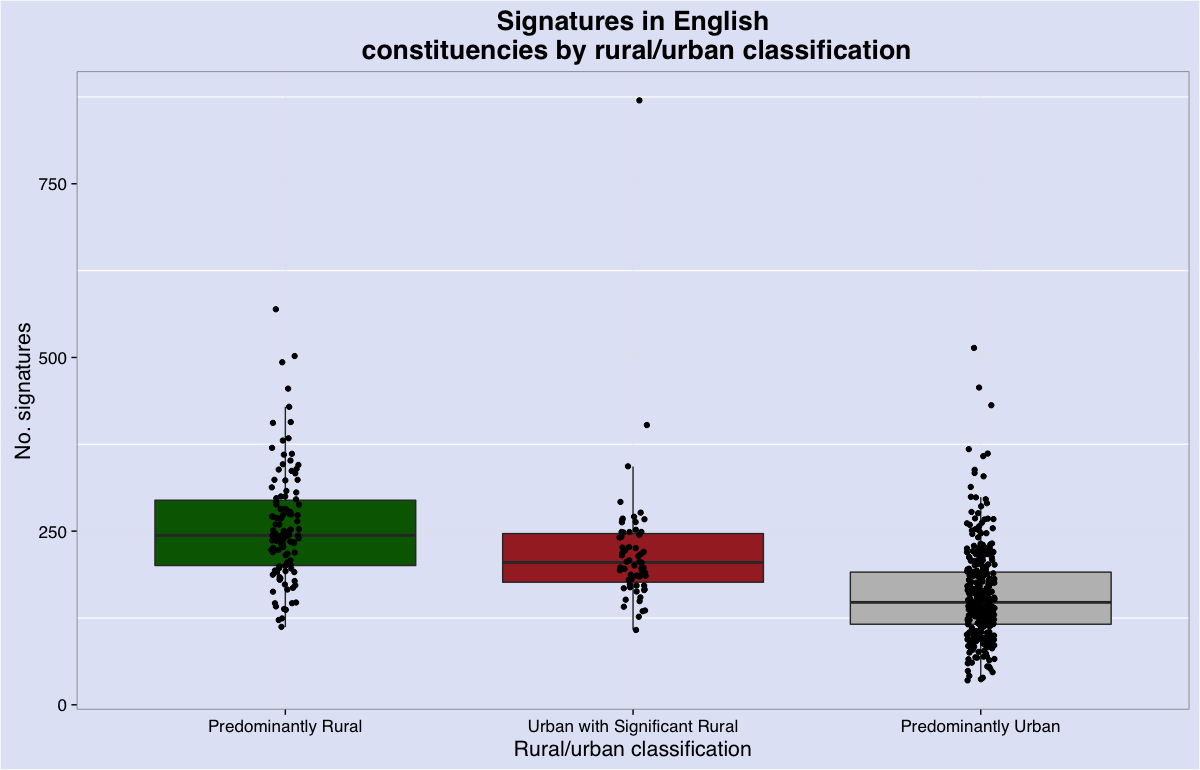 And this difference remains when one breaks the signatures down by the party holding the constituency: 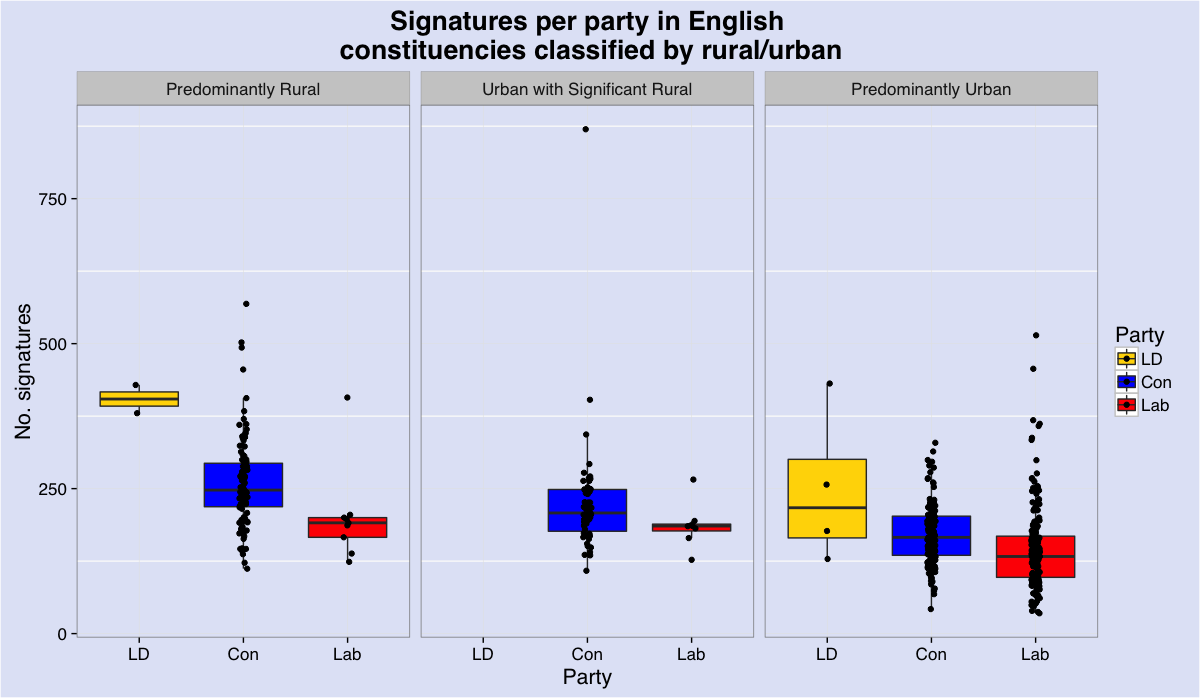 Even within political parties, rural constituencies support a ban on driven grouse shooting more than urban constituencies.  Not surprising, but worth keeping in mind…