But what you really should do today is to change Defra’s complacent stance on wildlife crime.  The position that you have inherited is that wildlife crime occurs but that current levels of investigation and enforcement are sufficient. In the case of the Hen Harrier, a bird which may be extirpated as an English breeding species on your watch, the Defra plan to help Hen Harriers has no extra resources devoted to it to tackle the agreed problem – illegal persecution emanating from the grouse shooting industry. And it’s not just Hen Harriers of course, but other protected wildlife are trapped, poisoned and shot because they are unsporting enough to eat Red Grouse.

Defra must address this problem rather than ignore it. 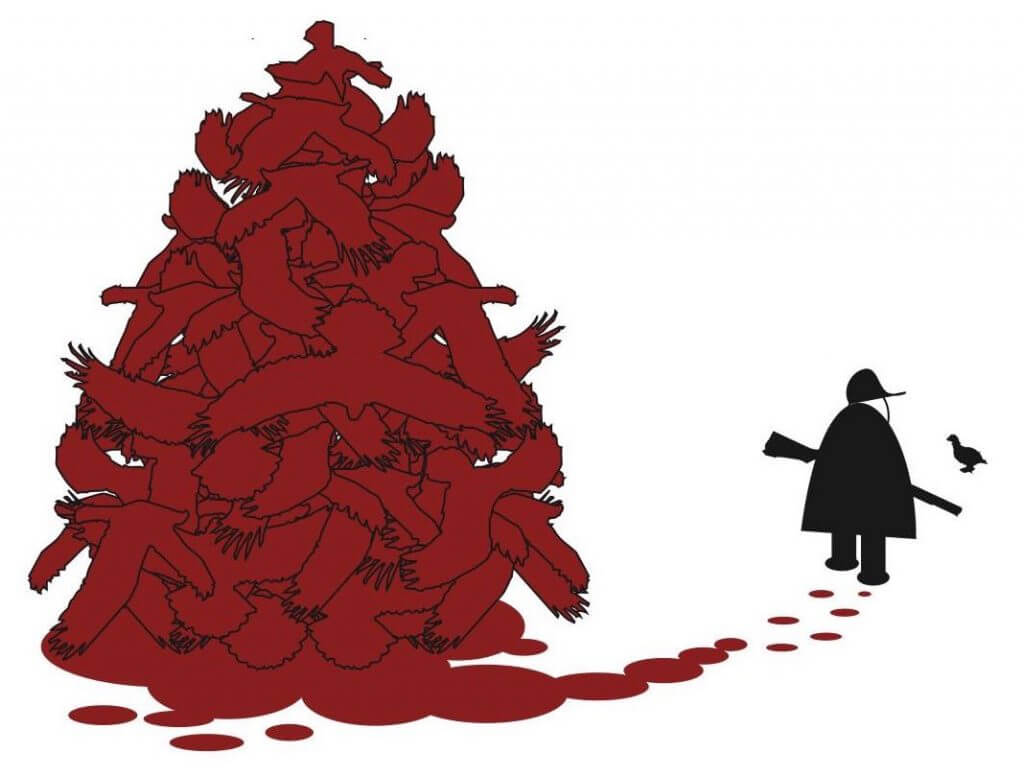 We will listen carefully to what you say – have you been listening carefully to the evidence on wildlife crime?  I append some reminders for you from people with no financial axes to grind but who do have a great experience of wildlife and wildlife crime associated with the so-called sport of driven grouse shooting.

Written evidence from ex wildlife crime officer Alan Stewart: ‘…the volume of wildlife crime I saw that was clearly committed in the name of game management astonished me’, ‘Many landowners, sporting agents and gamekeepers on driven grouse moors … completely ignore the law’ and ‘some of these estates running rings around the law’.

Written evidence from RSPB investigator Guy Shorrock (written in a personal capacity): ‘The current levels of raptor persecution on driven grouse moor estates should be classed as organised crime.‘, ‘based on my experience, and in particular following detailed conversation with those involved in these crimes, I would be astonished if more than 1% of offences were actually discovered each year.  Aside from the extremely low detection rate, of those that are discovered, then the successful prosecution rate is less than 5%.  Consequently, the chances of an individual gamekeeper committing a raptor persecution offence and actually being prosecuted are incredibly low, and they are fully aware of this.‘, ‘the employers and managers who create the environment for these people to operate within and are ultimately orchestrating the widespread illegal environmental practices taking place.  The desire to produce incredibly high artificial numbers of birds for driven grouse shooting will continue to provide the motivation for widespread illegal predator control.‘, ‘I believe this individual is one of the very top wildlife criminals in the UK, and managing gamekeepers who are responsible for the death of literally thousands of raptors and other protected wildlife during the last two decades or more.  However, the reality is that this individual has never even been in a police station for an interview let alone anywhere near a court. It seems this individual, and much of the industry they are part of, consider, and with good reason, that they are pretty much untouchable.‘

Written evidence from ‘name withheld’: ‘Raptor persecution should be treated as organised crime.‘, ‘Detection of wildlife crime on grouse shooting estates is currently ineffective.  Enforcement need to be far greater, with clear and strong backing from political leadership‘, ‘Penalties for raptor killings should reflect the fact that these crimes are of a commercial nature.  Custodial sentences should be made routine for employers, managers and employees.  Financial penalties should be linked to the value of the business.‘, ‘The industry has consistently shown no will to reform itself, despite much help to that end for many years‘ and ‘It is clear that driven grouse shooting should be banned.  However, in the absence of such a ban, it is essential that vicarious liability and shoot registration are urgently required.‘

Written evidence from myself: ‘Wildlife crime is endemic to the hobby of driven grouse shooting – it cannot be swept under the carpet as being ‘a few bad apples.  After decades of negotiation, discussion and arbitration with the grouse shooting industry no progress has been made on reducing wildlife crime – things are worse than ever. Driven grouse shooting has lost any right to be regarded as a legitimate activity because it depends on, is underpinned by, and profits from, crime.‘.

Written evidence from retired policeman Neil MacDonald: ‘...if the police are serious about stopping the illegal killing of golden eagle on grouse moors then it would require a dedicated team of police officers that are used to dealing with major incidents or serious crime to make inroads into these crimes.‘ and ‘In many of these investigations there was sufficient evidence to prove culpability under civil law but the criminal law quite rightly requires a greater burden of proof to prove guilt.‘.

Written evidence from the RSPB: ‘…grouse moor management has been linked to wildlife crime. A 2013 Strategic Assessment produced by the National Wildlife Crime Unit stated: “Intelligence continues to indicate a strong association between raptor persecution and grouse moor management”. More widely, 119 of the 172 people (69%) convicted of bird of prey persecution related incidents between 1990-2014 were gamekeepers. Incidents reported this year included the use of illegal pole traps, suspicious use of a hen harrier decoy in the Peak District and many other reported shootings, poisonings and trapping incidents affecting birds of prey which have been linked to grouse moors. The result is that some species are missing or breed unsuccessfully across parts of their range.‘ and ‘Protected mammalian predators such as wildcat, badger and pine marten are also regularly killed illegally‘.

Written evidence from Dr Ruth Tingay: ‘It is quite clear that the driven grouse shooting industry is unable and/or unwilling to abide by the law. It is also eminently clear that the statutory authorities are unable to enforce the relevant legislation effectively‘ and ‘It is my view that introducing a licensing system for driven grouse shooting would be futile. It is already illegal to kill birds of prey, although this is happening with impunity across the UK uplands and the statutory authorities consistently fail to enforce the law. There is therefore no reason to expect them to effectively enforce a licensing system. For this reason, I fully endorse a ban on driven grouse shooting.‘

Written evidence from the North of England Raptor Forum: ‘The North Pennine and Bowland Special Protected Areas (SPAs & SSSIs) each have Hen Harrier and Peregrine Falcon as citation species yet their respective populations now consistently fall well below the targets given and continue to deteriorate.  Clearly the UK Government has a responsibility to remedy this failing.‘ and ‘Responsible self-regulation by the grouse shooting industry has failed to deliver any tangible benefits. Changes in attitudes and legislation are now urgently needed to finally stop the illegal persecution of raptors in all its forms.  It is recommended that consideration be given to the formal licensing of shoots and in the case of proven transgression against licence terms, such as illegal raptor persecution, then the licence holders should face consequences including the withdrawal of any land use grant payments.‘