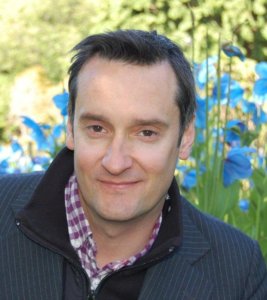 Jonny Hughes is CEO of the Scottish Wildlife Trust and a global councillor for the International Union for Conservation of Nature (IUCN).

What now for Beavers in the UK?

It’s been an up and down kind of year for nature in the UK. The State of Nature report published in September concluded that over the last 50 years, 56% of species have declined, while 15% are at risk of disappearing from our islands altogether. Brexit threatens many of the EU laws which are so crucial to protecting and restoring our most important habitats and species. Wildlife crime continues to be a major problem despite increasingly effective opposition from what Chris Packham, speaking at the Nature of Scotland Awards last week, referred to as ‘green blobbers, nutjobs and conservationists’.

But in the last couple of weeks there has been a flurry of successes, topped off by one of the most important milestones in the history of UK conservation.

First, we had the news that golden eagle numbers are on the up in Scotland with RSPB Scotland reporting a 15% rise since 2003, when the last survey took place, from 442 to 508 pairs. This is great news though the almost complete absence of golden eagles from grouse estates in the eastern uplands remains a national scandal.

Then on Wednesday last week we had an announcement from the UK Government that they will be putting £15m into natural flood management. Modest in comparison to the money pumped into engineered flood defences but still a clear recognition that nature-based solutions are a smart investment.

Then came the big one. A couple of hours later in the Scottish Parliament, the Cabinet Secretary for Environment, Climate Change and Land Reform announced that beavers, already living wild in Scotland, would not only be allowed to remain, but be given protected status under EU Habitats Directive. That’s the same Habitats Directive that a few de-regulatory governments together with Jean-Claude Juncker, the President of the European Commission, have been trying to undermine through the Regulatory Fitness and Performance Programme (REFIT).

The announcement followed a successful trial reintroduction led by the Scottish Wildlife Trust and the Royal Zoological Society of Scotland. I can attest the trial was a colossal effort and everyone who played a part in its success should be rightly proud of the outcome it has (eventually) led to. Hundreds of people were involved in making the Scottish Beaver Trial a success.

Over the five years a total of 11,817 hours of fieldwork were undertaken by 13 independent monitoring partners and more than 60 volunteers. Our team led 720 guided walks, conducted 1,717 day and 3,016 night tracking sessions, collected more than a thousand water samples, and captured and analysed hundreds of hours of video footage. Meetings, campaigns, fundraising, site visits, photo opportunities, monitoring activities, boat trips, school activities, work with local business owners, community consultation were all needed to build the support to make it happen.

Great news then that “the beavers are back and back for good” as Roseanna Cunninghame said at the Nature of Scotland Awards. However, there is still a long way to go before we achieve healthy, self-sustaining populations in Scotland. Looking into the detail of the announcement gives a clue to this. The key points in Ms Cunninghame’s statement were:

So there is still quite a lot of paperwork to be done before the protected status of beavers is legally secure. The announcement last week was a political statement which still needs to be enacted.

In the meantime there could be many challenges for Scotland’s beavers and what happens in the next few months will be very important to the future status of the beaver in Scotland in the long term.

Here’s what the Scottish Wildlife Trust thinks needs to happen next.

First, it is absolutely critical that we do not jeopardise the excellent science-based conservation that has helped us get this far with any more illegal or ‘accidental’ releases of beavers. We agree with the Cabinet Secretary’s hard line on this. Any further illegal releases could destroy trust between conservationists and famers and must not happen.

Second, farmers must desist from killing beavers until the paperwork has been completed and they are in a position to apply for licences for lethal control in situations where other management measures have failed. A killing spree will have the same effect as further illegal releases, destroying trust which would take years to re-build.

Third, we need constructive dialogue between farmers affected by beaver damage and ecologists who understand beaver behaviour. Conservationists need to appreciate that what we might consider habitat creation, farmers might see as an expensive nuisance. Similarly, farmers should seek to appreciate that there are many different management measures available which could enable them to live and work happily alongside beavers. A beaver management advisory service and a clear and comprehensive management plan will both help. We should take every opportunity to get farmers and conservationists talking in Tayside.

Fourth, the Scottish Government needs to now identify areas where new colonies can be released. When I say new, some of these might be ‘recycled’ animals from the Tayside population. It is very possible that in some highly sensitive prime agricultural areas, animals may require translocation. These beavers need somewhere to go. Prior to the Scottish Beaver Trial a report commissioned by Scottish Natural Heritage identified many suitable places for beavers in Scotland. We need to dust off that report and use it to make some evidence based decisions on ‘where next’ ensuring the Scottish Code for Conservation Translocations is adhered to in the process.

Finally, as a matter of urgency we need to re-enforce the isolated Knapdale beavers with new animals to ensure genetic diversity and a viable future breeding population. The small trial population was never intended to be big enough to be self-sustaining and they are in need of company.

If we get the next few months’ right, beavers will eventually bring many well-documented benefits to Scotland. They are the missing keystone, the natural-engineers we need to help restore Scotland’s degraded ecosystems back to health. In time, the beaver will hopefully fully return to the wild in Wales and England. The Scottish decision will surely now help speed this process up. The Scottish Wildlife Trust stand by to help in any way we can to get things moving in other parts of the UK.

30 Replies to “Guest blog – What now for Beavers in the UK? by Jonny Hughes”