Bob Berzins posted this earlier today as part of a comment on Ian Parsons’s blog about disturbance yesterday;

‘Last Saturday found me on a remote moor in the north east peak. The only other person around was a gamekeeper, with gun in his ATV. He had been putting down medicated grit. When I was a sufficient distance away, he started firing his gun. The only wildlife I’d seen were Golden Plover (who obviously thought it was spring) and mountain hare. Also on the moor were large diggers involved in a lengthy moorland restoration project. The keeper and contractors accessed the moor along a recently resurfaced bridleway (funded via HLS). Sections of the bridleway are now completely trashed by vehicles so this resurfacing has been a complete waste of public money. The vehicle damage continues across the SSSI moorland to the regeneration areas with sphagnum destroyed and large ruts in the soft peat. The supposedly low pressure ATV was causing visible ruts and tracks wherever it went. This problem has been ongoing and NE didn’t answer my email on this matter.‘

Here are some of Bob’s images: 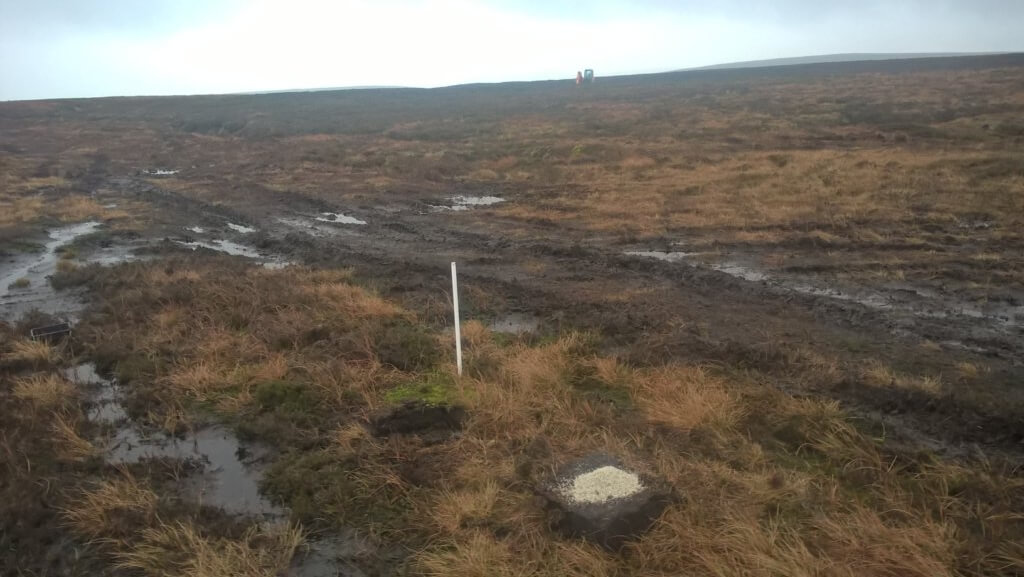 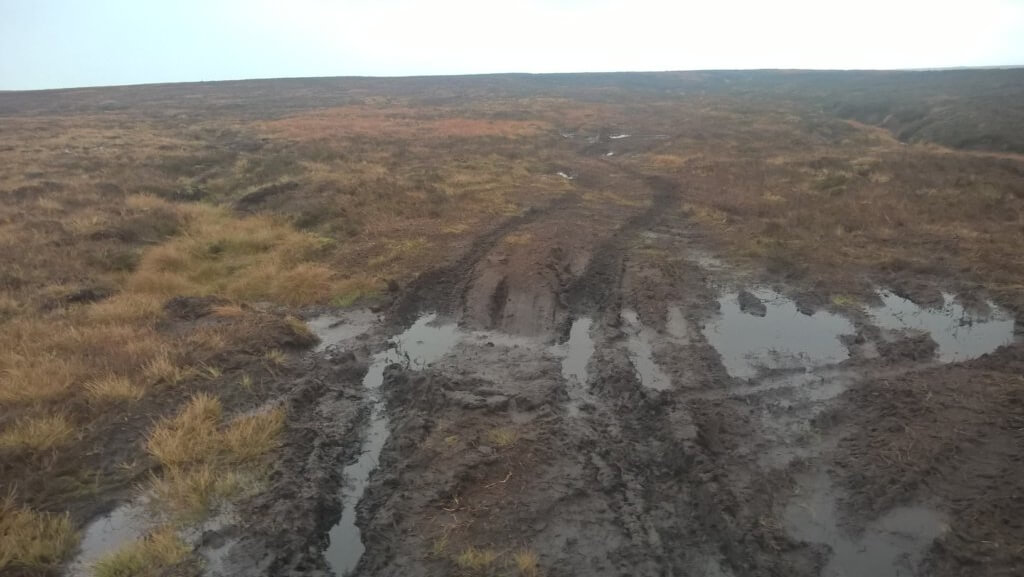 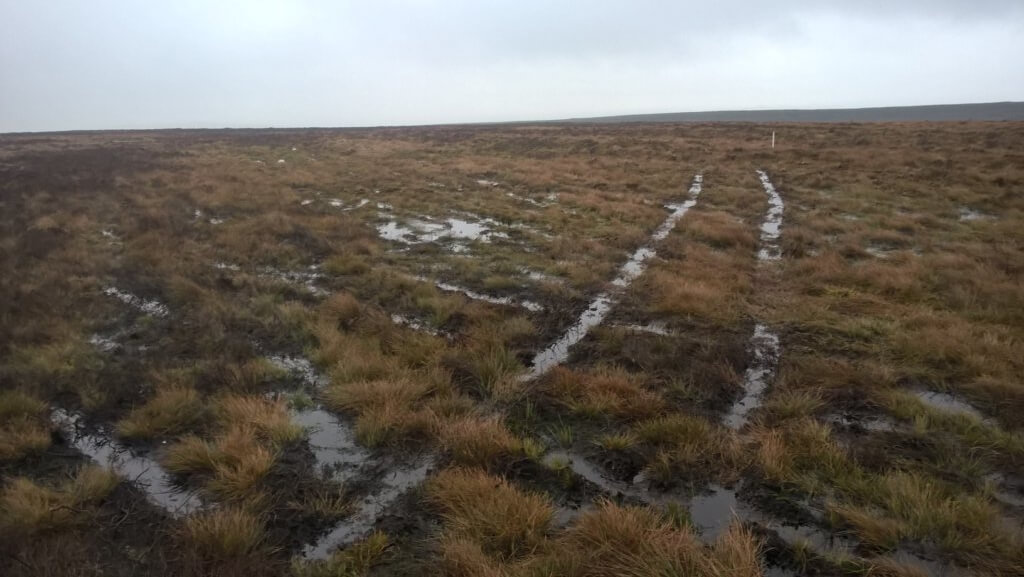 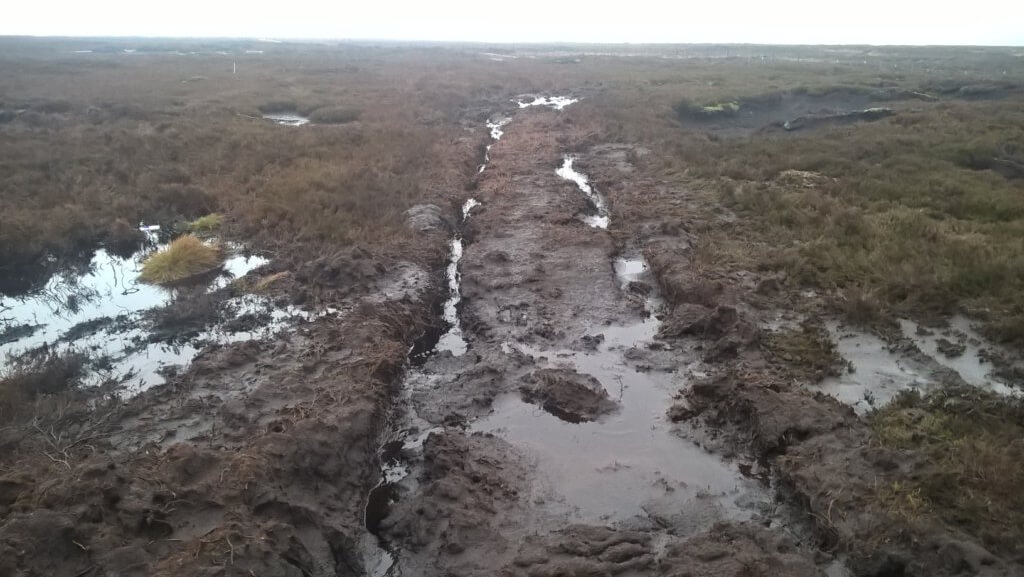 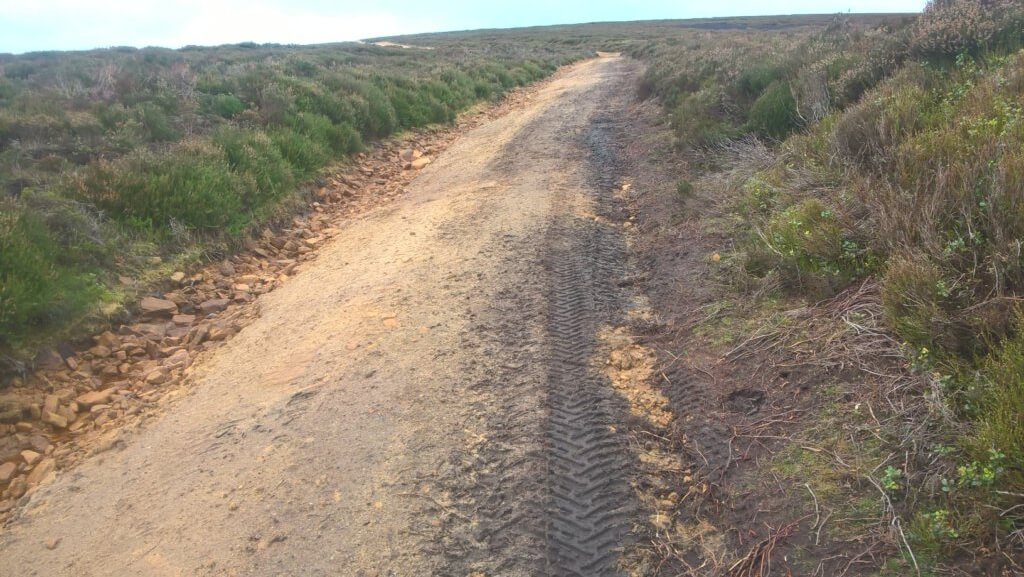 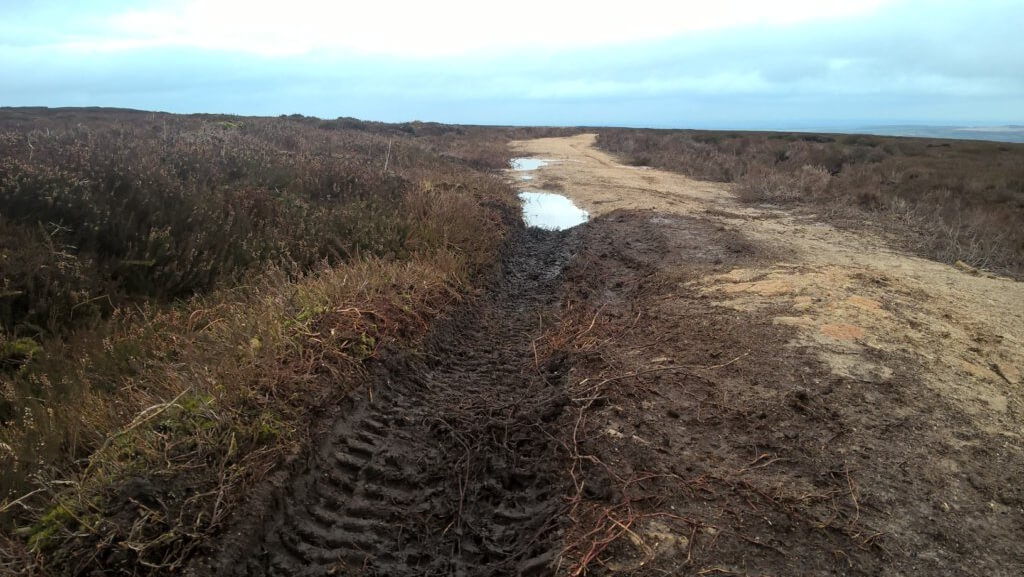 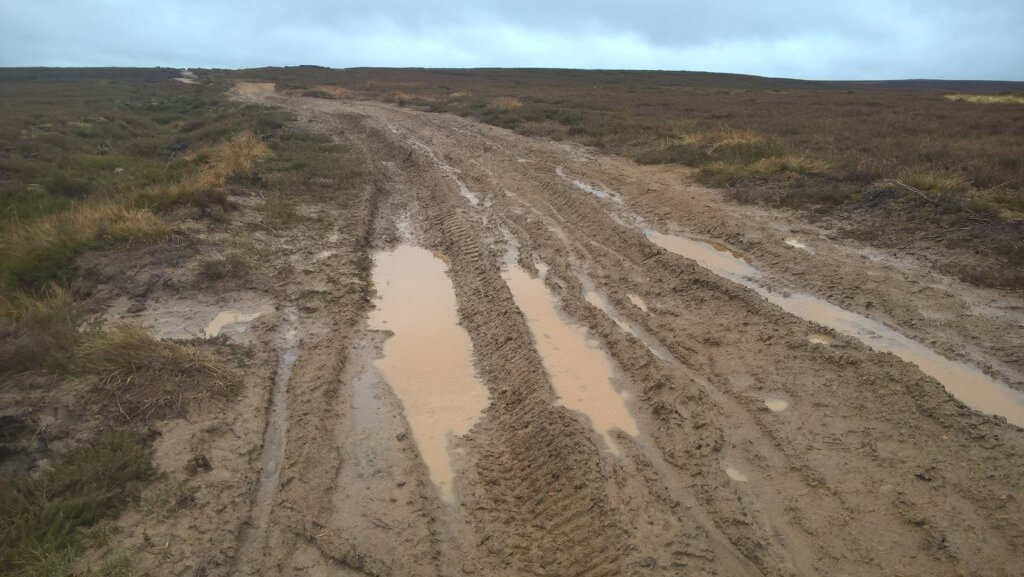 Mark writes: It certainly looks a bit of a mess. I’m surprised that Natural England apparently haven’t responded but I’m sure they will. Maybe they’ll comment here – they’d be very welcome.

Access for machinery, particularly in wet conditions, often causes a mess that looks worse than perhaps it is. But, damage to these fragile habitats takes a long time to mend in the uplands.

This is, as others have mentioned, another aspect of access to the uplands. It allows the public to keep an eye on what is happening even though, we are told, you can hardly take a breath on an SSSI or SPA without filling in a form and being hounded by government agencies. I wonder when was the last time that NE had a look at this site?