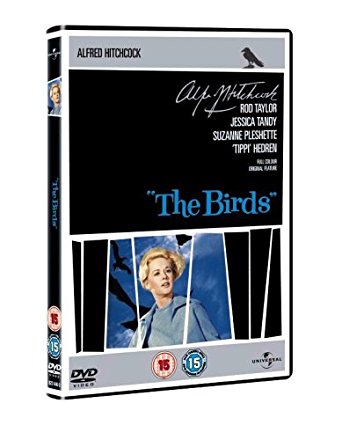 Do you ever listen to Book at Bedtime on Radio 4 between 1045pm and 11pm? I do, although the fact that it is around my bedtime usually means that I fall asleep before 11pm and get snatches of the story on a few nights a week! But it opens my ears, temporarily, to books that I would never read.  Last week there was a short three-part adaptation of du Maurier’s The Birds. I’d seen the Hitchcock film a long time ago, and remember how scary it was, but never read the original short story.

I found it gripping, partly I guess, because I like birds but also because it told a chilling story in a soft Cornish accent.  I was heading to bed when the first episode started and I decided not to go to bed until it was over. And I listened to the other episodes before turning in – too scary to listen to in bed for me!