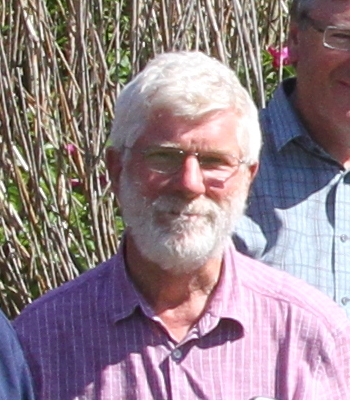 Eric Meek passed away on Thursday last week after a short and unexpected illness.

He will be particularly associated with two parts of the country: Northumberland where he grew up (he was born in Newcastle upon Tyne) and Orkney where he worked for the RSPB from 1981 to his retirement in 2012.  He carried out studies of raptors, particularly Merlins, in both places and in his retirement in Grampian continued this interest.  His paper on the breeding ecology and decline of the Merlin on Orkney, in Bird Study, was awarded the BTO Boddy and Sparrow Award.

A visit to Orkney for work was always a pleasure because it involved spending time with Eric where his knowledge, common sense and enthusiasm were always good to encounter. And if there was time, and there almost always was, then we would share a bit of time birding too.

Eric was a very skilled birder, co-authored Northumberland’s avifauna (with Bryan Galloway), was a ringer and served on BTO committees, was chair of the Scottish Birds Rarities Committee and the BOU Records Committee and also was a director of the Fair Isle Bird Observatory Trust.  He was every bit as keen and skilled a botanist as a birder – a somewhat rare combination.

I was glad to see Eric and his wife Aileen for the first time for several years just under a year ago at the Scottish Raptor Study Group conference.

Eric was a valued and respected colleague and a fine man.  I have only warm memories of him.  He will be missed.

See this tribute to Eric from Stuart Housden, the RSPB Director of Scotland, and also this information on the FIBOT website.