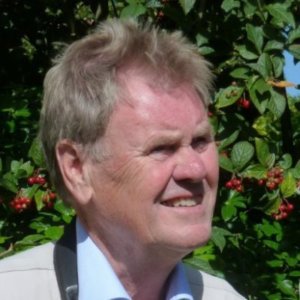 I was saddened to hear yesterday that Dr GR (Dick) Potts had passed away earlier that morning, aged 78 years.  Although it was a sunny day, the clouds rolled in on my mood and were only dispelled by a few phone calls with others who knew Dick, as we exchanged stories and remembrances of a man we all liked and admired.

Dick was the son of a farmer.  He studied at Durham University where he gained his PhD (Studies on a marked population of the shag with special reference to the breeding biology of birds of known age.) in 1966. But it was the Game Conservancy Trust (GCT – now the Game and Wildlife Conservation Trust) with which Dick will always be associated. He worked there from 1968 as a scientist, then as Director of Research and ultimately as Director General until 2002.

When I think of Dick I think of him smiling, often talking, and very often talking about his beloved Grey Partridges or some factor which affected them.  But for a much wider audience it will be his scientific research, and that of his team at the GCT, for which he will be remembered.  Dick was into farmland birds long before anyone else, and talked about the farmland ecosystem whilst others were turning up their noses at the thought of it. When it became more and more obvious to the world that farmland birds were in trouble then it became more and more obvious that Dick had been telling us all this for years and had mapped out many of the important issues already.

Dick’s work on the Grey Partridge combined a thorough study of the bird itself with a far-reaching analysis of the artificial habitat in which it is now found in the UK, field experiments and some of the earliest uses of biological modelling in avian population dynamics in the UK.  This showed, above all else, the impact of agricultural pesticides on the food resources of Grey Partridges (the indirect (ie food chain) impacts of pesticides rather than the direct (poisoning) impacts). There are scores of scientific papers and many books on the subject and they form a lasting legacy of his work.  It was that work under Dick’s leadership that built the GCT’s scientific reputation over a period spanning the 1970s, 1980s and into the 1990s.

As GCT Director General Dick had to spend some of his time, more than he would have wished I always felt, dealing with issues in the uplands including those of birds of prey and Red Grouse populations. It was in Dick’s time, it may even have been his idea (I don’t know) that the first Langholm project was undertaken and I well remember Dick coming to see me in my office at the RSPB HQ in Sandy to ask us to be involved in the study.  It was difficult to say ‘no’ to Dick because he was so likeable that one wanted to say ‘yes’, and he was pretty persuasive too.

But it was lowland arable agriculture that was Dick’s real habitat. I spent a day with him, a very enjoyable and memorable day, in his South Downs study area after he left GCT and just enjoyed his great knowledge of the place and its wildlife. For Dick knew his plants and insects as well as his birds, and he knew farmers and farming too.  He was inspirational to his staff and colleagues but also to a much larger group of people who came across him far more rarely.

I do remember when I first met Dick because I was interested to see what he was like and I recall going away a little bemused because his conversation seemed all over the place. But that was Dick.  I’m not quite sure how his brain was wired up, except it was differently from that of most of us, but I learned to take careful notice of what he said and to realise that Dick’s ecological intuition about lowland farming systems was very likely to be right.

When Dick was leading the GCT it was much easier to see that organisation as a respected colleague than has been the case since Dick left. When Dick said he was totally against the illegal killing of Hen Harriers then we believed him (even if he couldn’t influence his land owning members very much). When lead ammunition was banned for wildfowl shooting Dick was a bit miffed – he couldn’t see why ducks should be saved from poisoning when partridges still ran that risk.  And he would have little truck with the line that raptors were wiping out songbirds, and would say so publicly. We worked together to get conservation headlands as part of agri-environment schemes and the RSPB was quick to acknowledge that the GCT ‘Salisbury Plain’ experiment not only showed that traditional gamekeeping increased Grey Partridge chick survival (which was fairly obvious) but also led to increased overall population levels (which was far less obvious until that experiment).

Dick’s scientific work was recognised widely. He received the British Ornithologists’ Union’s Godman-Salvin Medal in 1999 but he also received awards from game biologists, the agriculture industry and the CLA Award for Services to the Countryside.

Dick was diagnosed with pancreatic cancer in December. The last email I had from him was just over two weeks ago – and I will treasure it.  My sympathies go out to Olga, and to Dick’s son and stepson.

For years, every time I’ve seen a Grey Partridge I’ve thought of Dick Potts: every time I see one in future I will remember him fondly.