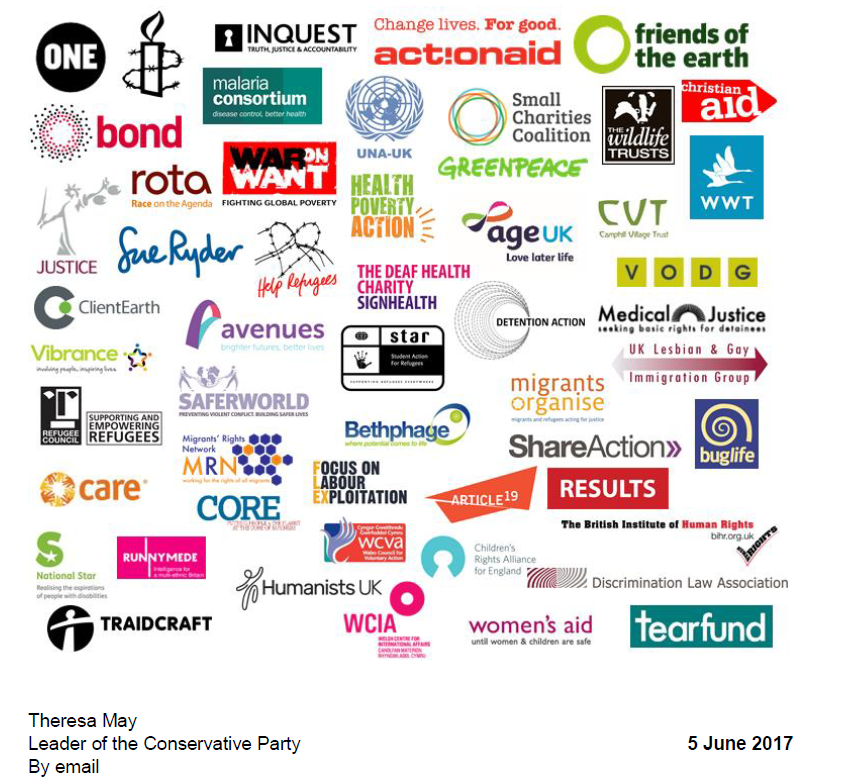 The Lobbying Act is really important and quite complicated so I’ll do my best to explain some things here.

It’s worth saying upfront that I have spoken to various friends in NGOs about this issue and it is very clear that the Act is making many charities extremely nervous about speaking out about any political subject – even if that political subject is something solidly within the region of their charitable objects. And they are quite nervous about speaking out about the Lobbying Act itself!

Charities cannot be party political anyway under existing law, but they can be political since they are part of civil society and many of them are set up to make the world a better place – if that isn’t politics then what is?  But they can’t say ‘Vote Labour’ like I can on this blog (although I am fairly restrained about that too).

But under this Act there are further limits to what charities can do – it is difficult to score the parties’ manifestos in the way that I have done without getting into trouble, as such activity could be regarded as influencing the result of an election. So if there were a manifesto from Party A that said that they would remove legal protection from birds of prey and another manifesto from Party B which said they would strengthen protection and law enforcement on the same issue it would be difficult for the RSPB, for example, to point that out. And the bigger that difference in policy became as an election issue – the more difficult it would be to point it out.  How daft is that?

And similar considerations would apply to a charity talking about the dementia tax or fracking or a whole load of other issues which are part of what they talk about all the time.  Charities are limited on what they can say, but they are also limited on how much money they can spend on saying those things (and the relevant period is the year before the election remember – even though you didn’t know when the election would be!).

There is something called the Hodgson review which, if adopted, would make things a bit better, but even better might be to throw away the Act and start again.

So, that is why 53 charities wrote a letter to each of the political party leaders last week saying that they were ‘weighed down by an unreasonable and unfair law which restricts our ability to contribute fully to a democratic society’.

Now I have a copy of the letter and I’d love to publish it here – it would help explain the problems with the Act – but that might get the charities that signed it into trouble because it would mean that the appearance of that letter here would make the signing of that letter an activity that would be regulated under the Lobbying Act. And that’s regardless of the fact that the letter was sent to national newspapers who could have published it because that would be exempt from the Act because newspapers, obviously, aren’t public!!

So let me be absolutely clear, the only reason I am not publishing the letter here is in deference to the nervousness of some of the charities who were brave enough to sign the letter about its consequences for them. I think you should be able to see that letter because it is important (even though it is slightly dull, actually, as letters like this often are). So you cannot see the letter that ‘your’ charity may have signed complaining about the Lobbying Act because of the impacts of the Lobbying Act – that says it all really.

Now, if we weren’t all thinking that there might be a general election within the next 365 days you might have seen the letter on various charity websites straight after the general election but they are all too nervous to do that now. How bizarre is this? Free speech? Can this really be what was intended by the Act? If so, then it is a thoroughly bad and anti-democratic act.

So I won’t publish the contents of the letter but the signatories of the letter are shown above and listed below. By seeing which charities signed up you can get an idea of which charities did not sign up. From the environment sector it is unsurprising (but still good) to see Friends of the Earth and Greenpeace on the list and also good to see the Wildlife Trusts, WWT and Buglife. Well done to them – I’ll be making a small financial donation to all five of them as a sign of approval.

The missing names are always the most interesting, but there are a variety of reasons why individual organisations won’t have signed including; not thinking that the legislation cramps their style very much, the right people not being available to say yes on the day, small niggles with the wording or one, or being so nervous that signing the letter might get them into more trouble!  But with the caveat that the reasons for names being missing might be various, the missing names are RSPB, WWF, CPRE, Woodland Trust and the Marine Conservation Society.

I’ll come back to this again I’m sure. And the offer is open to anyone who would like to write a Guest Blog about the Lobbying Act here (see guidelines).

Friends of the Earth

ONE Against Poverty (UK)

Race On The Agenda (ROTA)

11 Replies to “Concerns about the Lobbying Act – the letter”