The speech by Michael Gove today is just fantastic – but is it fantastical?

I don’t really care whether he believes what he says or not, I just care whether he implements his quite detailed words of today during his time as Secretary of State for the Environment.

Since 2010 we have had one pretty good environment secretary (Caroline Spelman), one pretty poisonous one (Owen Paterson) and two absolute duffers (Liz Truss and Andrea Leadsom). This has not done the Conservative Party’s green credentials any good at all, and in fact things are even worse than that, the Conservative Party is now the party of killing nature (Badgers, Foxes, Bees and Buzzards) not of defending it.

Being anti-environment is an electoral liability, particularly with young voters, and having Environment Secretaries who are either loathed or despised by environmentalists is not a great idea even if a few farmers still grumpily support you.  And if you arrive in the Environment Department at a time overlapping with Brexit then this is actually a time for action on many fronts. It is a chance to sink or to swim but treading water just won’t do.  It’s a role and a time made for a consummate politician. Now I don’t know whether it was luck or judgement that led to Michael Gove getting this role and making today’s speech, and if judgement whether it was Theresa May’s or Michael Gove’s, but it is quite a remarkable speech. It’s certainly the best from a Conservative minister since the days of John Gummer around 20+ years ago.

There is no talk of ‘green crap’ or ‘green blob’ here, instead Gove praises the campaigning abilities of the NGOs (some of whom deserve it more than others, but that’s what politicians do).

Any suspicion that Mr Gove is on the climate-sceptic side of things is allayed (whether he really is or not) by a good passage on the danger of climate change and a dig at Trump’s US policy of isolationism.

Any suspicion that he’d rather have houses than heathland is diminished (though not completely removed) by his mention of them here.

Any memory of his remark about not needing experts (which, to be fair was about economists – and are they really expert?) is pushed back by a passage about the importance of rationality, evidence and science. Whither the badger cull, one asks?

And his sketch of the future of agricultural support is just what we would like to see – and not exactly what the NFU would like to see.  It’s a good sketch and with CLA support for its basic outline it might be what we get. It is a good idea for a the leading Brexiteer to demonstrate how good a job we can do in this area outside the EU, and he’s right, it’s possible that we could do much better.

There’s a little bit of re-writing history and also ignoring some of its pertinent facts, in that he tends to blame the EU for all environmental ills and credit the UK (even if it were a Labour government) for the good things but then he didn’t have much option really since his predecessors at Defra have left him nothing much to point to as the Conservative’s great successes.

Our job as environmentally aware citizens, and that of the NGOs, is to watch Gove closely – for I don’t wholly trust him.  We should praise, sometimes unnecessarily enthusiastically, every good thing he does and point out sharply every time he departs from the route he has mapped out today.

If Mr Gove delivers even a quarter of what he set out today then he will be a very successful environment Secretary; if he tries and fails then he will have been better than most; but if what he said today is just talk and there is no action then he will have set himself up for a massive fall, his political career will be further damaged (this is his comeback tour – you don’t get many chances) and the damage will stick to the political prospects of his party and for that he would not be forgiven.

I am very much a pragmatist and on this agenda, the agenda which Michael Gove has chosen to set out so clearly, his success will be a success for the environment and so he deserves the chance to succeed, with our support – even though at first that support should be given with a certain amount of suspicion. 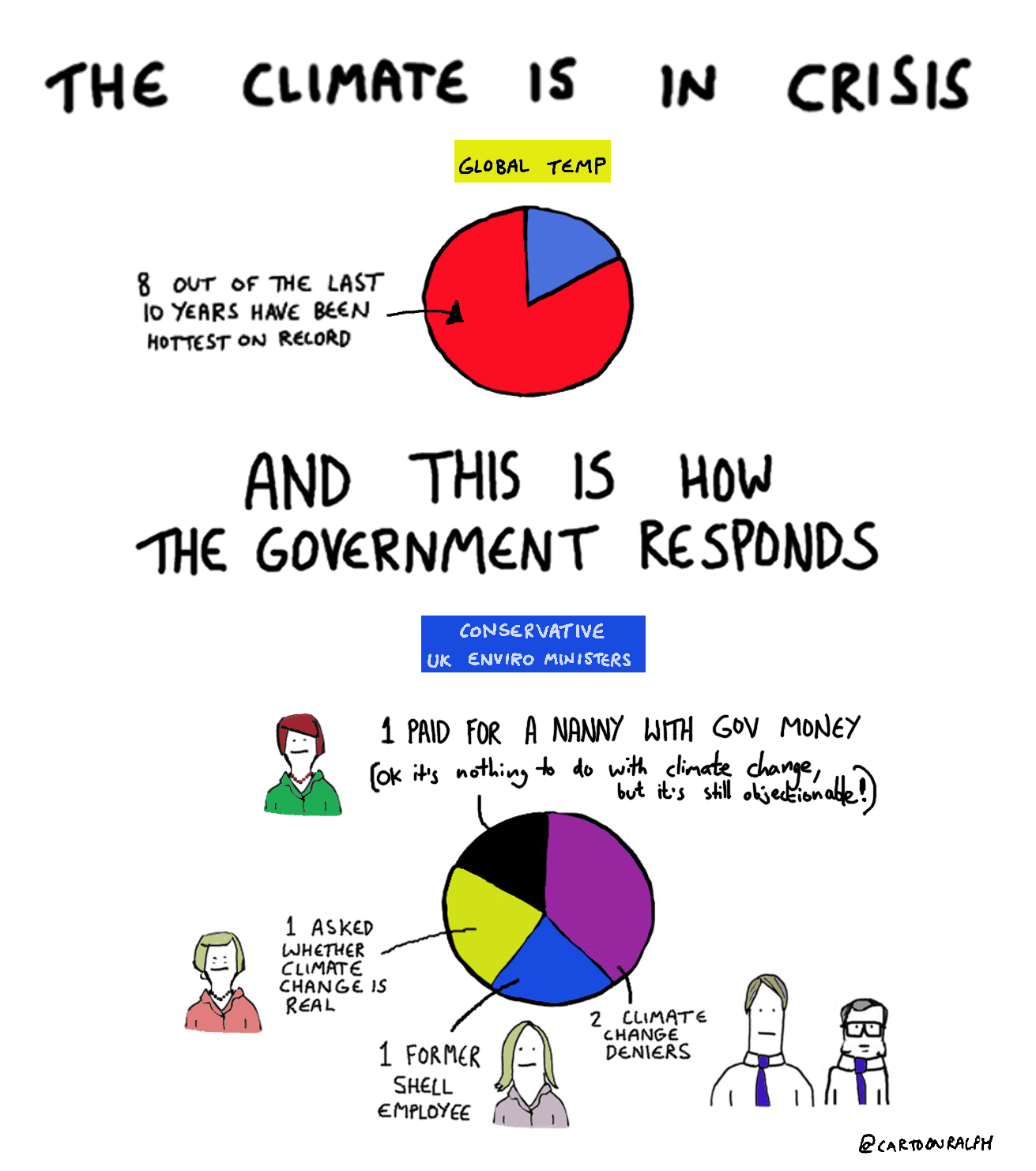 19 Replies to “Gove the environmentalist?”