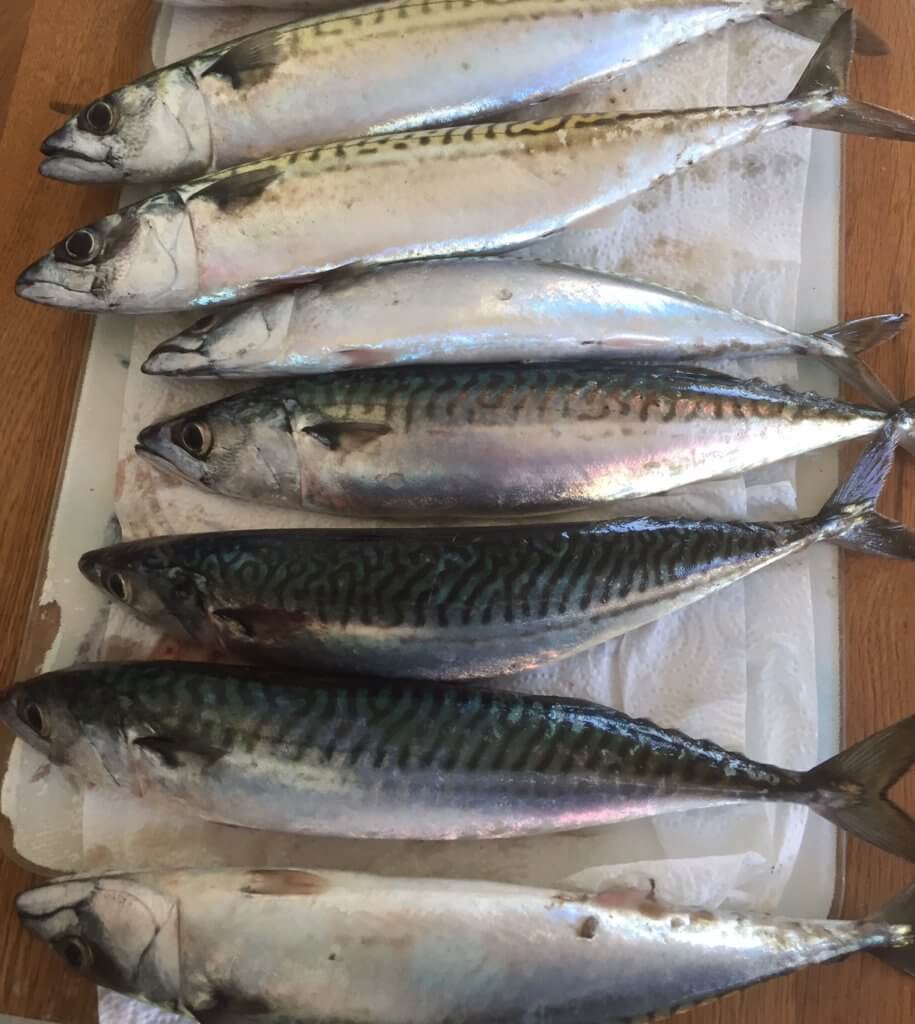 The summer and autumn months bring Mackerel shoals close inshore around much of our coastline. They are like miniature tuna and roam the seas in hungry packs looking for baitfish, snapping voraciously at anything that moves – even a brief pause for reflection would result in the loss of a meal to the other fish nearby. That makes catching them unbelievably easy (if they are there). You don’t even need bait – hooks next to coloured feathers or bits of glinting silver foil work perfectly well.

The only real trick to Mackerel fishing is finding deep water close enough to the shore to cast into. Piers or harbour walls (or boats) are good places though you may have to share the space with other fishermen. Better still are more remote rocky headlands, provided you can find a way down to the water’s edge.

The fish pictured here were caught on a family holiday in north Cornwall, not far from Tintagel, in early September. The scenery was spectacular and to add to the pleasure of fishing we watched a family group of Peregrines trying to catch a Fulmar offshore. I was reminded that my children still call Fulmars ‘Flemers’, something that started several years ago on a trip to Shetland – a combination of mishearing the name and being told these birds could spit a foul-smelling oil at you if you strayed too close to their nests.

You can freeze Mackerel to eat later but this is one fish that tastes far better on the day it’s caught. Barbecuing on the beach is perhaps the perfect way to cook them to ensure the maximum possible freshness and as an excuse to remain outside at the best time of day as the light starts to fade.

To end with a plea. I have never understood why it is normal practice to humanely kill game fish caught in freshwater, and yet it is apparently acceptable to allow sea fish to flap around on the rocks until they die. It’s just one of those strange cultural quirks I suppose, though lacking in any logic that I can see. They should be all be afforded the same respect and killed as quickly as possible.