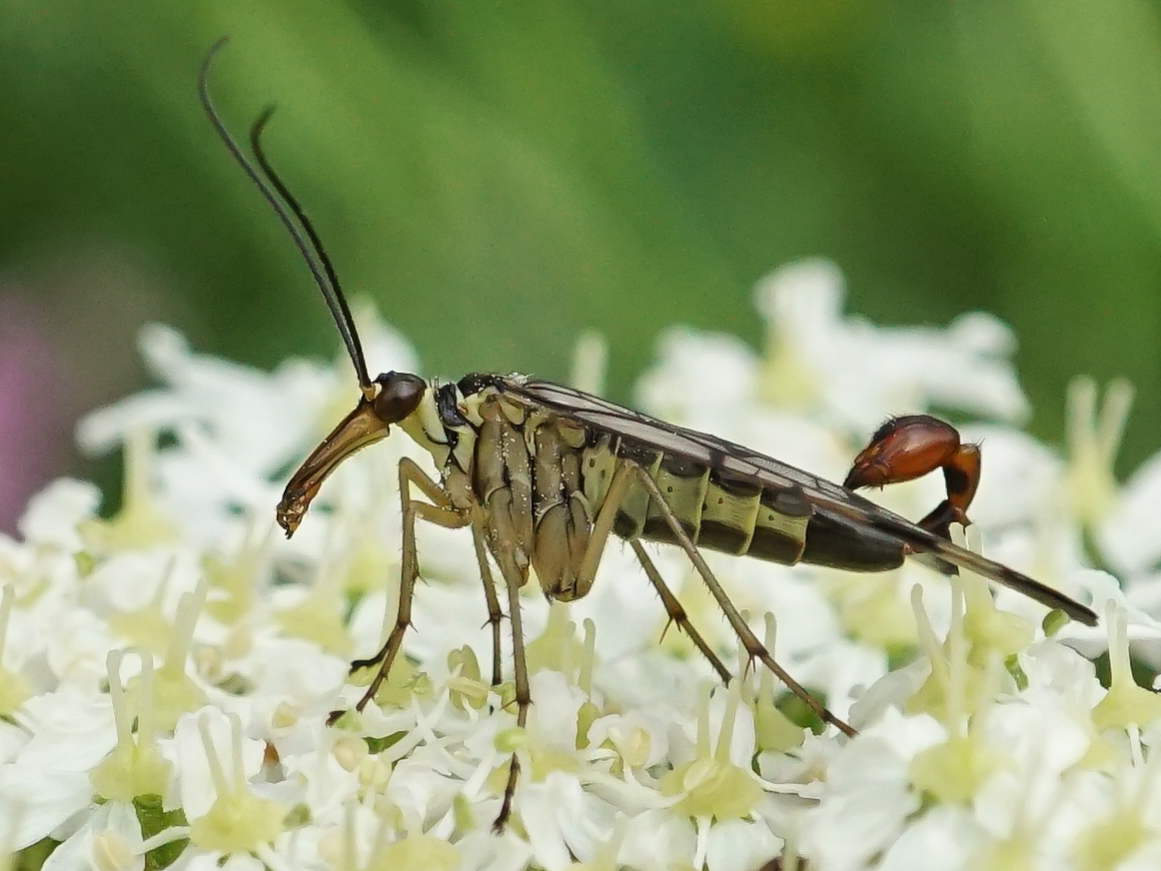 Paul writes: It’s always good to find a Scorpion Fly when out looking for insects, I generally see them from around mid-May to mid-July. They’re really strange looking creatures but their appearance and name are deceptive as they are completely harmless, to other insects and humans. The scorpion tale is not a sting but is the male genitalia, females are similar in appearance, apart from the tail. The long beak is used for feeding on dead insects, often stealing them from spiders’ webs, or eating rotten fruit. Despite their size, around 20mm, and striking looks they’re remarkably unobtrusive, they don’t move around a lot and I’ve never seen one fly. I found this one sitting out in the open alongside the River Hertford in North Yorkshire but they are more often found deeper into hedgerows or bramble bushes. There are three different types of Scorpion Fly in the UK, all in the genus Panorpa, and are difficult to tell apart. Males are the easier to ID, by the marking on the underside of the tail. They are widespread throughout Great Britain in hedges and woodland edges.