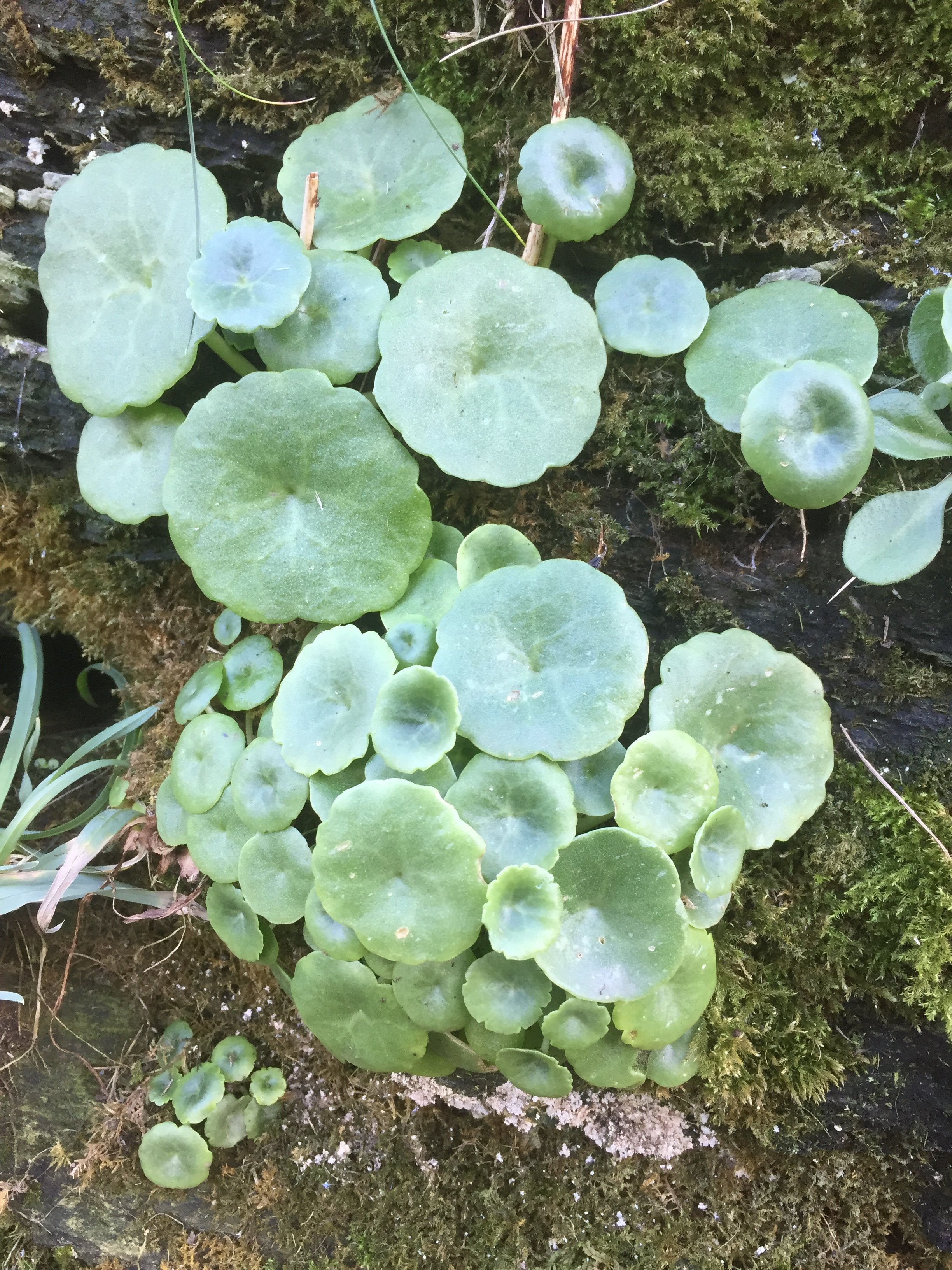 This distinctive member of the stonecrop family is common along hedgerows, pathways and springing up from crevices in walls and rocks. It is mainly restricted to the south and west, and seems to be especially abundant close to the sea – the long-distance south-west coast path is a great place to find it. If conditions allow (which this year they do) it can be found throughout the winter, as well as in the warmer months.

It’s an easy plant to overlook when growing amongst other vegetation; its muted, rather uniform, green leaves helping it to blend into the background. When growing in isolation on walls or rocks it is rather more obvious, with the navel-centred leaves standing out boldly against the bare substrate.

It is sometimes known as Wall Pennywort. The young leaves are barely modern-penny-sized but when full grown they are a little larger than the old Victorian pennies which no doubt led to this alternative name. The addition of ‘wort’ is common in plant names and suggests a former use as food or, more especially, as a treatment for ailments or disease.

The leaves are interesting to snack on because of their fleshy texture rather than the taste. They are full of water and satisfyingly crunchy when the leaves are fresh, not dissimilar to thinly-sliced cucumber. They are particularly refreshing during a long winter walk along the coastal cliffs, after storms have coated each leaf with an invisible sheen of sea salt, adding welcome bite and flavour.